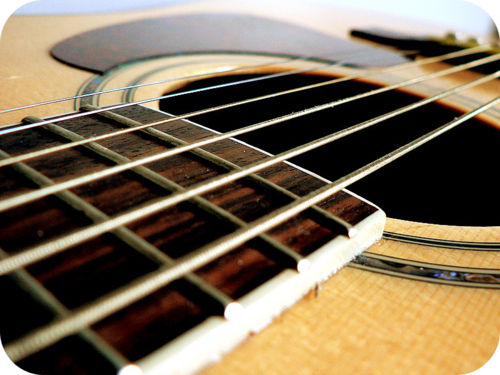 What are the best guitar strings to use?

Many guitar players are very meticulous when it comes to their strings.  There is a variety to select from, depending on the type of guitar and the style of music.  Electric guitars need steel strings so the magnetic pick-up will detect the string vibrations.  Acoustic guitar players have several choices.  Bronze strings (mixed with different amounts of cooper and zinc) have perhaps the brightest tone.  There are several combinations of bronze alloys to choose from.  For those with lots of money, titanium strings are available (but very expensive).  Gold coating also helps string life and makes its unique contribution to tone.  Alloy chemistry has contributed greatly to the strength, durability, and tonal quality of guitar strings.

An alloy is a mixture composed of two or more elements, at least one of which is a metal.  You are probably familiar with some alloys such as brass and bronze.  Brass is an alloy of copper and zinc.  Bronze is an alloy of copper and tin.  Alloys are commonly used in manufactured items because the properties of these metal mixtures are often superior to a pure metal.  Bronze is harder than copper and more easily cast.  Brass is very malleable and its acoustic properties make it useful for musical instruments. 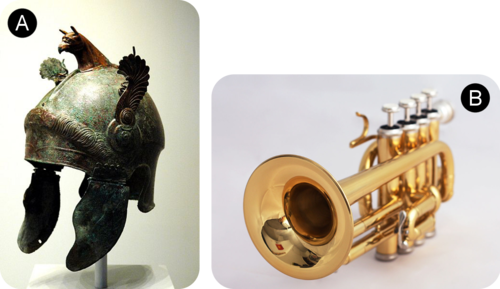 Steels are a very important class of alloys.  The many types of steels are primarily composed of iron, with various amounts of the elements carbon, chromium, manganese, nickel, molybdenum, and boron.  Steels are widely used in building construction because of their strength, hardness, and resistance to corrosion.  Most large modern structures like skyscrapers and stadiums are supported by a steel skeleton (see Figure below ).

The Willis Tower (formerly called the Sears Tower) in Chicago was once the tallest building in the world and is still the tallest in the Western Hemisphere. The use of steel columns makes it possible to build taller, stronger, and lighter buildings.