Have you ever tried to move a boulder?

You have a pile of rocks to move and need to decide what equipment you want to rent to move them.  If the rocks are fairly small, you can get a shovel to pick them up. Larger rocks could be moved by hand, but big boulders will need some sort of mechanical scoop. The amount of each kind of rock will also determine how much time you will need to get the job done. Knowing the relative amounts of large, medium, and small rocks can be very useful in deciding how to approach the job. 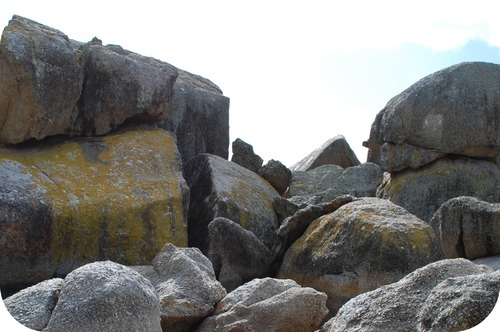 Most elements occur naturally as a mixture of two or more isotopes. Table below shows the natural isotopes of several elements, along with the percent natural abundance of each.

Step 1: List the known and unknown quantities and plan the problem.

Change each percent abundance into decimal form by dividing by 100. Multiply this value by the atomic mass of that isotope. Add together for each isotope to get the average atomic mass.

The calculated average atomic mass is closer to 35 than to 37 because a greater percentage of naturally occurring chlorine atoms have the mass number of 35. It agrees with the value from the Table above .

Watch these videos to learn more about these calculations:

Click on the link below to get some experience in atomic mass determinations: