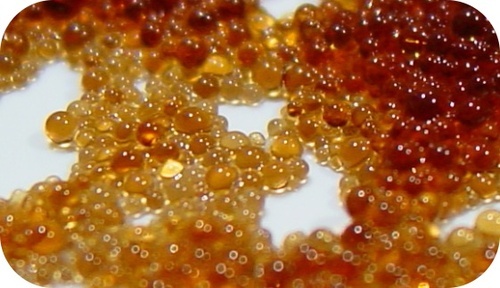 How are cations formed?

In many parts of the country, the water contains high concentrations of minerals that stain clothes, build up deposits on bathtubs and water heaters, and create problems with soap foaming properly.  This problem is caused by what is called “hard water.” The water contains excessive amounts of cations such as iron and calcium.  These ions create a lot of problems in the water.  Ion exchange resins (seen above) will remove these minerals and clean up the water.

Cations are the positive ions formed by the loss of one or more electrons.  The most commonly formed cations of the representative elements are those that involve the loss of all of the valence electrons.  Consider the alkali metal sodium (Na).  It has one valence electron in the third principal energy level.  Upon losing that electron, the sodium ion now has an octet of electrons from the second principal energy level.  The equation below illustrates this process.

We can also show the loss of valence electron(s) with an electron dot diagram.