What is the goal of a roller derby game? 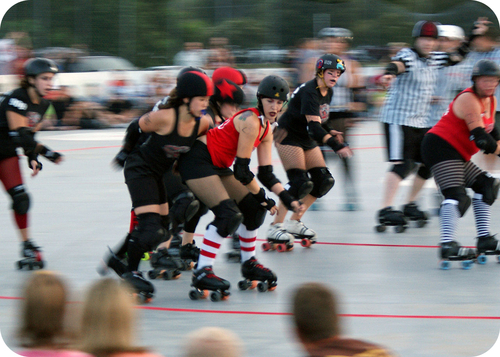 Roller derby is a popular sport, although it is unfamiliar to many people.  The basic purpose is to set one team member (the “jammer”) past the opposing team to score points.  Other members of the team serve as blockers to prevent the opposing team from stopping the jammer.  Blockers interfere with the interaction between the jammer and the opponents by getting between the jammer and the skaters trying to stop her.

The attraction between an electron and the nucleus of the atom is not a simple issue.  Only with hydrogen is there a one-to-one relationship that can be discussed in terms of direct charge attraction.  As the size of the atom increases, the number of protons and electrons also increase. These changes influence how the nucleus attracts electrons. 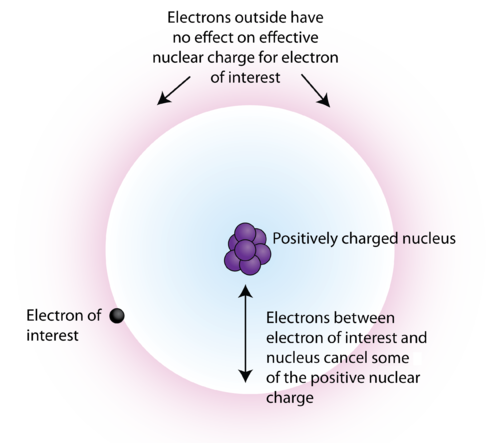 To explain how shielding works, consider a lithium atom. It has three protons and three electrons – two in the first principal energy level and its valence electron in the second. The valence electron is partially shielded from the attractive force of the nucleus by the two inner electrons. Removing that valence electron becomes easier because of the shielding effect. 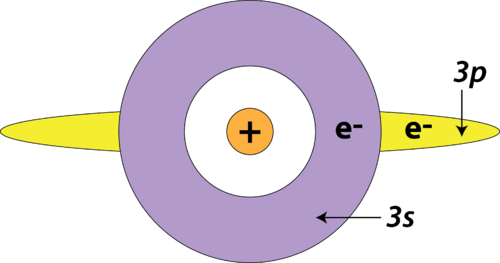 Figure 2. The spherical 3s orbital exhibits a shielding effect on the dumbbell shaped 3p orbital that is of slightly higher energy. This reduces the ionization energy of a 3p electron compared to a 3s electron.

The electron being removed from an Al atom is a 3 p electron, which is shielded by the two 3 s electrons as well as all the inner core electrons . The electron being removed from a Mg atom is a 3 s electron, which is only shielded by the inner core electrons. Since there is a greater degree of electron shielding in the Al atom, it is slightly easier to remove the valence electron and its ionization energy is less than that of Mg. This is despite the fact that the nucleus of the Al atom contains one more proton than the nucleus of the Mg atom .

There is another anomaly between Groups 15 and 16. Atoms of Group 16 (O, S, etc.) have lower ionization energies than atoms of Group 15 (N, P, etc.). Hund’s rule is behind the explanation. In a nitrogen atom, there are three electrons in the 2 p sublevel and each is unpaired. In an oxygen atom, there are four electrons in the 2 p sublevel, so one orbital contains a pair of electrons. It is that second electron in the orbital that is removed in the ionization of an oxygen atom. Since electrons repel each other, it is slightly easier to remove the electron from the paired set in the oxygen atom than it is to remove an unpaired electron from the nitrogen atom.