How are peanuts sold? 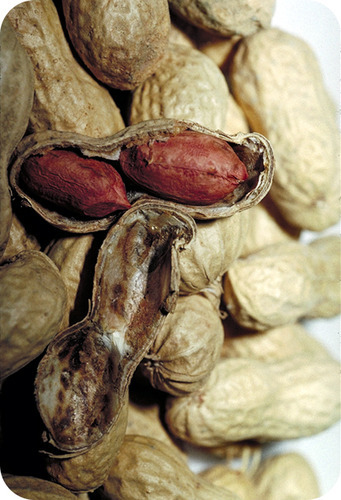 Peanuts can be sold two ways.  The bare peanut without the shell (brown inner portion of peanut) can be purchased in jars and packages for casual munching or for cooking.  The size of the peanut in this situation is smaller than the peanut plus shell since the outer portion is missing.  If we add the shell to the peanut, we have a larger size for the combination.

Electrons and protons are strongly attracted to one another.  The strength of that attraction and the relative numbers of the two particles in a given atom or ion have a significant influence on the size of that species.  When an atom loses one or more electrons, the resulting ion becomes smaller.  If electrons are added to the atom, the ion becomes larger.

The ionic radius for an atom is measured in a crystal lattice , requiring a solid form for the compound.  These radii will differ somewhat depending upon the technique used. Usually X-ray crystallography is employed to determine the radius for an ion. 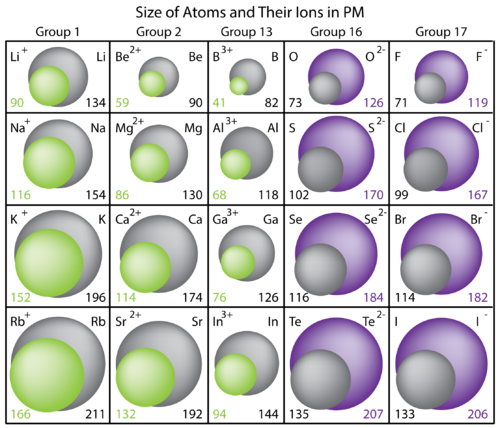 The removal of electrons always results in a cation that is considerably smaller than the parent atom. When the valence electron(s) are removed, the resulting ion has one fewer occupied principal energy level, so the electron cloud that remains is smaller. Another reason is that the remaining electrons are drawn closer to the nucleus because the protons now outnumber the electrons.  One other factor is the number of electrons removed.  The potassium atom has one electron removed to for the corresponding ion, while calcium loses two electrons.