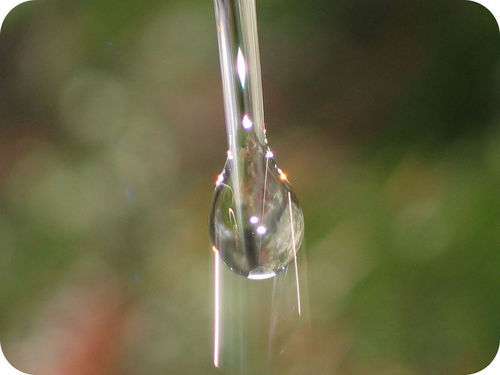 Have you ever gone ice skating?

In the winter, many people find the snow and ice beautiful. They enjoy getting out to ski or ice-skate. Others don’t find that time of year to be so much fun. When the snow melts, the roads get very sloppy and messy. Those people look forward to spring when all the ice and snow are gone and the weather is warmer.

Solids are similar to liquids in that both are condensed states, with particles that are far closer together than those of a gas. However, while liquids are fluid, solids are not. The particles of most solids are packed tightly together in an orderly arrangement. The motion of individual atoms, ions, or molecules in a solid is restricted to vibrational motion about a fixed point. Solids are almost completely incompressible and are the densest of the three states of matter.

As a solid is heated, its particles vibrate more rapidly as the solid absorbs kinetic energy. Eventually, the organization of the particles within the solid structure begins to break down and the solid starts to melt. The melting point is the temperature at which a solid changes into a liquid. At its melting point, the disruptive vibrations of the particles of the solid overcome the attractive forces operating within the solid. As with boiling points, the melting point of a solid is dependent on the strength of those attractive forces. Sodium chloride (NaCl) is an ionic compound that consists of a multitude of strong ionic bonds. Sodium chloride melts at 801°C. Ice (solid H 2 O) is a molecular compound whose molecules are held together by hydrogen bonds. Though hydrogen bonds are the strongest of the intermolecular forces, the strength of hydrogen bonds is much less than that of ionic bonds. The melting point of ice is 0°C.

The melting point of a solid is the same as the freezing point of the liquid. At that temperature, the solid and liquid states of the substance are in equilibrium. For water, this equilibrium occurs at 0°C.

Use the link below to answer the following questions