How does it feel to be full after a meal?

You had a great meal, but cannot put another bite in your mouth because there is no place for it to go. The noble gases have the same problem—there is no room for any more electrons in their outer shells. They are completely full and cannot handle any more. 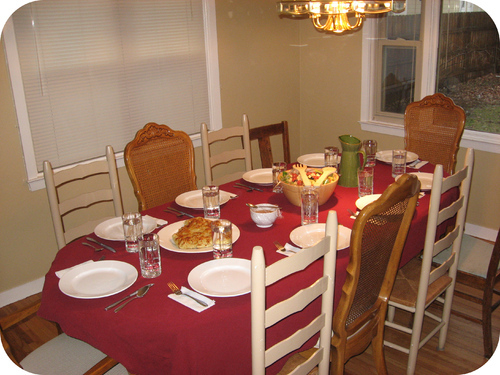 Again, the number of valence electrons increases from one to eight across the third period.

The fourth and subsequent periods follow the same pattern except for using a different noble gas. Potassium has nineteen electrons, one more than the noble gas argon, so its configuration could be written as [Ar]4s1. In a similar fashion, strontium has two more electrons than the noble gas krypton, which would allow us to write its electrons distribution as [Kr]5s2 . All the elements can be represented in this fashion.

Use the link below to practice writing noble gas configurations: