Why do sheep travel in herds? 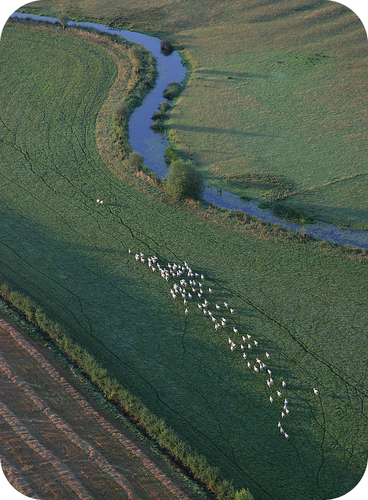 Like many other animals, sheep travel in herds.  The tendency is for each individual sheep to stay with the herd. However, a sheep may sometimes wander off, depending on how strong the attraction is for a particular food or water supply.  At other times, a sheep may become frightened and run off.  Whether a sheep chooses to stay with the herd or go its own way depends on the balance between attraction to the herd and attraction to the outside influence.

There is an on-going tension between the electrons and protons in an atom.  Reactivity of the atom depends in part on how easily the electrons can be removed from the atom.  We can measure this quantity and use it to make predictions about the behaviors of atoms.

If we plot the first ionization energies vs. atomic number for the main group elements, we would have the following trend 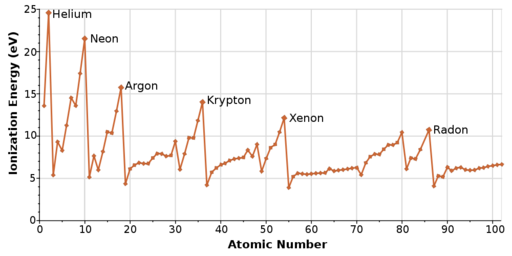 Moving from left to right across the periodic table, the ionization energy for an atom increases.  We can explain this by considering the nuclear charge of the atom.  The more protons in the nucleus, the stronger the attraction of the nucleus to electrons.  This stronger attraction makes it more difficult to remove electrons.

Within a group, the ionization energy decreases as the size of the atom gets larger.  On the graph, we see that the ionization energy increases as we go up the group to smaller atoms.  In this situation, the first electron removed is farther from the nucleus as the atomic number (number of protons) increases.  Being farther away from the positive attraction makes it easier for that electron to be pulled off. 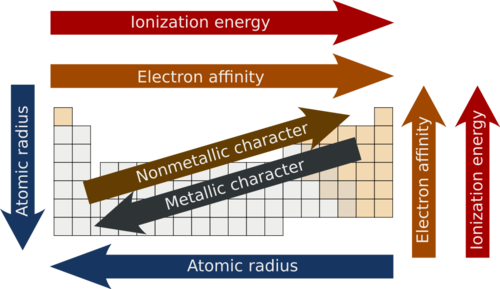 Use the following link to answer the questions below: