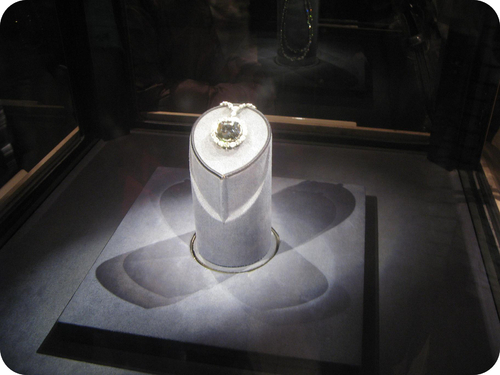 Is the Hope diamond just a very expensive pencil?

The Hope diamond is a very expensive piece of jewelry, currently worth about $350 million. A pencil can be purchased for less than a dollar. Both items contain carbon, but there is a big difference in how that carbon is organized. The diamond was formed under very different reaction conditions than the graphite, so it has a different heat of formation.

A relatively straightforward chemical reaction is one in which elements are combined to form a compound. Sodium and chlorine react to form sodium chloride (see video below). Hydrogen and oxygen combine to form water. Like other reactions, these are accompanied by either the absorption or release of heat. The standard heat of formation

, while diamond is not its standard state. Some standard heats of formation are listed in the Table below.

Read the material at the link below and answer the questions:

standard heat of formation (ΔHfº ): The enthalpy change associated with the formation of one mole of a compound from its elements in their standard states.