Incorporation of an oxygen atom into carbon- and hydrogen-containing molecules leads to new functional groups and new families of compounds. When the oxygen atom is attached by single bonds, the molecule is either an alcohol or ether.

Alcohols are derivatives of hydrocarbons in which an –OH group has replaced a hydrogen atom. Although all alcohols have one or more hydroxyl (–OH) functional groups, they do not behave like bases such as NaOH and KOH. NaOH and KOH are ionic compounds that contain OH– ions. Alcohols are covalent molecules; the –OH group in an alcohol molecule is attached to a carbon atom by a covalent bond.

Ethanol, CH3CH2OH, also called ethyl alcohol, is a particularly important alcohol for human use. Ethanol is the alcohol produced by some species of yeast that is found in wine, beer, and distilled drinks. It has long been prepared by humans harnessing the metabolic efforts of yeasts in fermenting various sugars:

Large quantities of ethanol are synthesized from the addition reaction of water with ethylene using an acid as a catalyst:

Alcohols containing two or more hydroxyl groups can be made. Examples include 1,2-ethanediol (ethylene glycol, used in antifreeze) and 1,2,3-propanetriol (glycerine, used as a solvent for cosmetics and medicines):

The name of an alcohol comes from the hydrocarbon from which it was derived. The final –e in the name of the hydrocarbon is replaced by -ol, and the carbon atom to which the –OH group is bonded is indicated by a number placed before the name.

Consider the following example. How should it be named?

Ethers are compounds that contain the functional group –O–. Ethers do not have a designated suffix like the other types of molecules we have named so far. In the IUPAC system, the oxygen atom and the smaller carbon branch are named as an alkoxy substituent and the remainder of the molecule as the base chain, as in alkanes. As shown in the following compound, the red symbols represent the smaller alkyl group and the oxygen atom, which would be named “methoxy.” The larger carbon branch would be ethane, making the molecule methoxyethane. Many ethers are referred to with common names instead of the IUPAC system names. For common names, the two branches connected to the oxygen atom are named separately and followed by –ether. The common name for the compound shown in Example 2 is ethylmethyl ether:

Provide the IUPAC and common name for the ether shown here:

Provide the IUPAC and common name for the ether shown:

Ethers can be obtained from alcohols by the elimination of a molecule of water from two molecules of the alcohol. For example, when ethanol is treated with a limited amount of sulfuric acid and heated to 140 °C, diethyl ether and water are formed:

In the general formula for ethers, R—O—R, the hydrocarbon groups (R) may be the same or different. Diethyl ether, the most widely used compound of this class, is a colorless, volatile liquid that is highly flammable. It was first used in 1846 as an anesthetic, but better anesthetics have now largely taken its place. Diethyl ether and other ethers are presently used primarily as solvents for gums, fats, waxes, and resins. Tertiary-butyl methyl ether, C4H9OCH3 (abbreviated MTBE—italicized portions of names are not counted when ranking the groups alphabetically—so butyl comes before methyl in the common name), is used as an additive for gasoline. MTBE belongs to a group of chemicals known as oxygenates due to their capacity to increase the oxygen content of gasoline.

Carbohydrates are large biomolecules made up of carbon, hydrogen, and oxygen. The dietary forms of carbohydrates are foods rich in these types of molecules, like pastas, bread, and candy. The name “carbohydrate” comes from the formula of the molecules, which can be described by the general formula Cm(H2O)n, which shows that they are in a sense “carbon and water” or “hydrates of carbon.” In many cases, m and n have the same value, but they can be different. The smaller carbohydrates are generally referred to as “sugars,” the biochemical term for this group of molecules is “saccharide” from the Greek word for sugar (Figure 1). Depending on the number of sugar units joined together, they may be classified as monosaccharides (one sugar unit), disaccharides (two sugar units), oligosaccharides (a few sugars), or polysaccharides (the polymeric version of sugars—polymers were described in the feature box earlier in this chapter on recycling plastics). The scientific names of sugars can be recognized by the suffix –ose at the end of the name (for instance, fruit sugar is a monosaccharide called “fructose” and milk sugar is a disaccharide called lactose composed of two monosaccharides, glucose and galactose, connected together). Sugars contain some of the functional groups we have discussed: Note the alcohol groups present in the structures and how monosaccharide units are linked to form a disaccharide by formation of an ether. 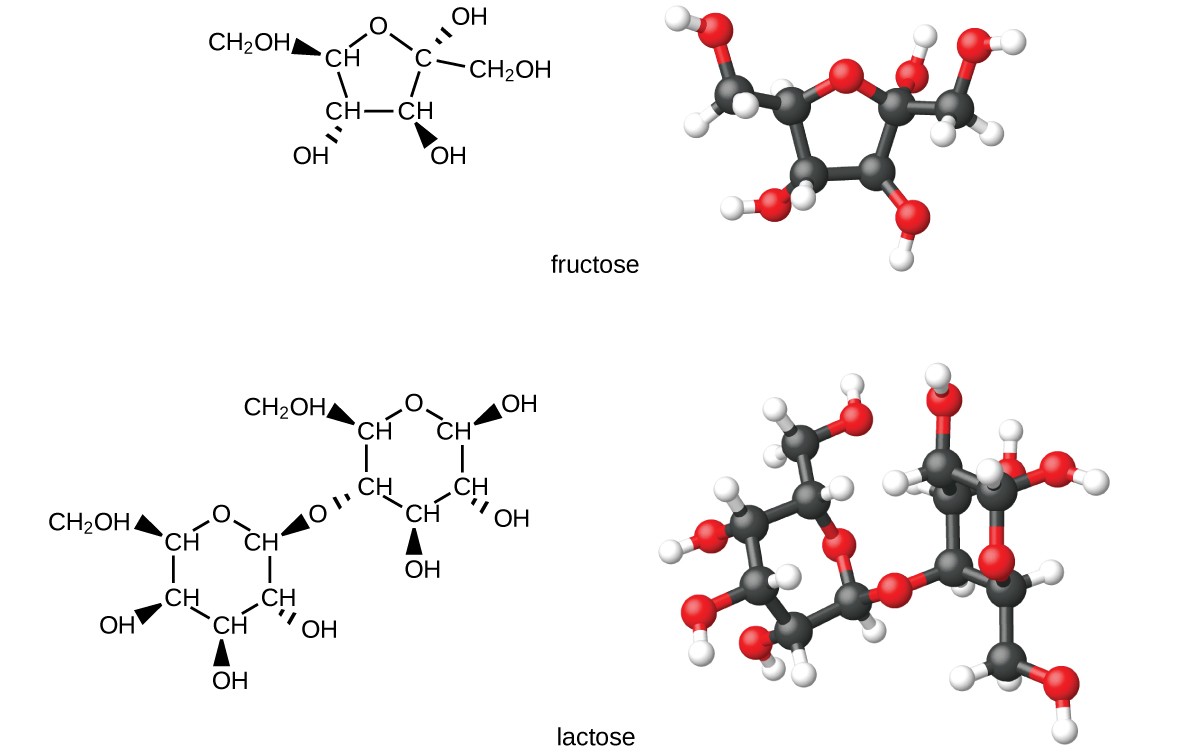 Figure 2. The illustrations show the molecular structures of fructose, a five-carbon monosaccharide, and of lactose, a disaccharide composed of two isomeric, six-carbon sugars.

Organisms use carbohydrates for a variety of functions. Carbohydrates can store energy, such as the polysaccharides glycogen in animals or starch in plants. They also provide structural support, such as the polysaccharide cellulose in plants and the modified polysaccharide chitin in fungi and animals. The sugars ribose and deoxyribose are components of the backbones of RNA and DNA, respectively. Other sugars play key roles in the function of the immune system, in cell-cell recognition, and in many other biological roles.

Diabetes is a group of metabolic diseases in which a person has a high sugar concentration in their blood (Figure 2). Diabetes may be caused by insufficient insulin production by the pancreas or by the body’s cells not responding properly to the insulin that is produced. In a healthy person, insulin is produced when it is needed and functions to transport glucose from the blood into the cells where it can be used for energy. The long-term complications of diabetes can include loss of eyesight, heart disease, and kidney failure.

In 2013, it was estimated that approximately 3.3% of the world’s population (~380 million people) suffered from diabetes, resulting in over a million deaths annually. Prevention involves eating a healthy diet, getting plenty of exercise, and maintaining a normal body weight. Treatment involves all of these lifestyle practices and may require injections of insulin. 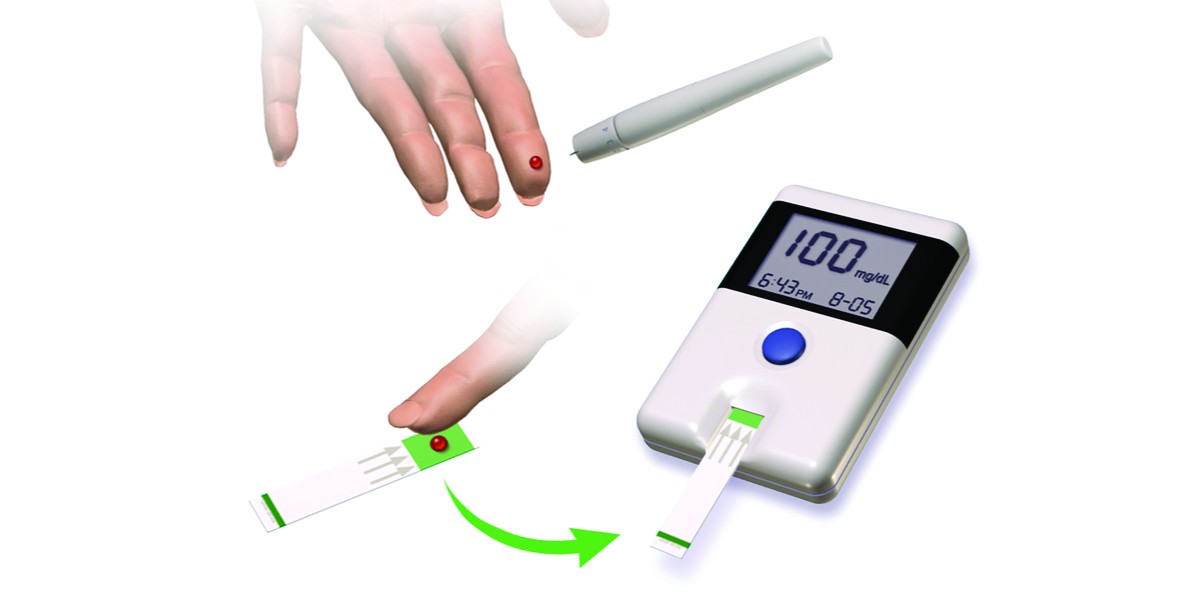 2. The condensed formulas and IUPAC names are as follows:

4. The complete IUPAC names and common names are as follows:

10. The balanced equations as follows:

alcohol: organic compound with a hydroxyl group (–OH) bonded to a carbon atom

ether: organic compound with an oxygen atom that is bonded to two carbon atoms