Another class of organic molecules contains a carbon atom connected to an oxygen atom by a double bond, commonly called a carbonyl group. The trigonal planar carbon in the carbonyl group can attach to two other substituents leading to several subfamilies (aldehydes, ketones, carboxylic acids and esters) described in this section.

Both aldehydes and ketones contain a carbonyl group,  a functional group with a carbon-oxygen double bond. The names for aldehyde and ketone compounds are derived using similar nomenclature rules as for alkanes and alcohols, and include the class-identifying suffixes –al and –one, respectively:

Figure 1. The carbonyl group is polar, and the geometry of the bonds around the central carbon is trigonal planar.

The importance of molecular structure in the reactivity of organic compounds is illustrated by the reactions that produce aldehydes and ketones. We can prepare a carbonyl group by oxidation of an alcohol—for organic molecules, oxidation of a carbon atom is said to occur when a carbon-hydrogen bond is replaced by a carbon-oxygen bond. The reverse reaction—replacing a carbon-oxygen bond by a carbon-hydrogen bond—is a reduction of that carbon atom. Recall that oxygen is generally assigned a –2 oxidation number unless it is elemental or attached to a fluorine. Hydrogen is generally assigned an oxidation number of +1 unless it is attached to a metal. Since carbon does not have a specific rule, its oxidation number is determined algebraically by factoring the atoms it is attached to and the overall charge of the molecule or ion. In general, a carbon atom attached to an oxygen atom will have a more positive oxidation number and a carbon atom attached to a hydrogen atom will have a more negative oxidation number. This should fit nicely with your understanding of the polarity of C–O and C–H bonds. The other reagents and possible products of these reactions are beyond the scope of this chapter, so we will focus only on the changes to the carbon atoms:

Methane represents the completely reduced form of an organic molecule that contains one carbon atom. Sequentially replacing each of the carbon-hydrogen bonds with a carbon-oxygen bond would lead to an alcohol, then an aldehyde, then a carboxylic acid (discussed later), and, finally, carbon dioxide:

What are the oxidation numbers for the carbon atoms in the molecules shown here?

There is no need to calculate oxidation states in this case; instead, just compare the types of atoms bonded to the marked carbon atoms:

Aldehydes are commonly prepared by the oxidation of alcohols whose –OH functional group is located on the carbon atom at the end of the chain of carbon atoms in the alcohol:

Alcohols that have their –OH groups in the middle of the chain are necessary to synthesize a ketone, which requires the carbonyl group to be bonded to two other carbon atoms:

Formaldehyde, an aldehyde with the formula HCHO, is a colorless gas with a pungent and irritating odor. It is sold in an aqueous solution called formalin, which contains about 37% formaldehyde by weight. Formaldehyde causes coagulation of proteins, so it kills bacteria (and any other living organism) and stops many of the biological processes that cause tissue to decay. Thus, formaldehyde is used for preserving tissue specimens and embalming bodies. It is also used to sterilize soil or other materials. Formaldehyde is used in the manufacture of Bakelite, a hard plastic having high chemical and electrical resistance.

Dimethyl ketone, CH3COCH3, commonly called acetone, is the simplest ketone. It is made commercially by fermenting corn or molasses, or by oxidation of 2-propanol. Acetone is a colorless liquid. Among its many uses are as a solvent for lacquer (including fingernail polish), cellulose acetate, cellulose nitrate, acetylene, plastics, and varnishes; as a paint and varnish remover; and as a solvent in the manufacture of pharmaceuticals and chemicals.

You can view the transcript for “Aldehydes and Ketones: Naming + Properties” here (opens in new window). 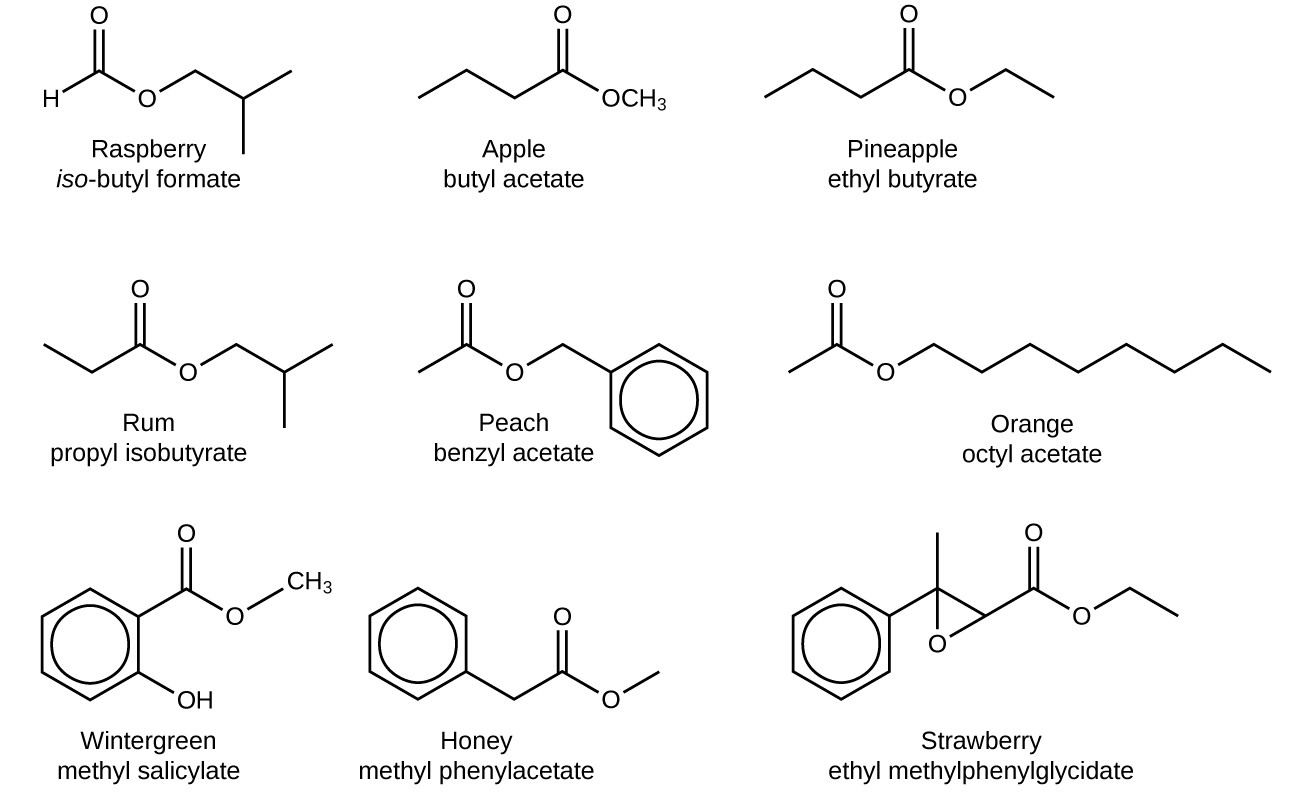 Figure 2. Esters are responsible for the odors associated with various plants and their fruits.

The functional groups for an acid and for an ester are shown in red in these formulas.

The hydrogen atom in the functional group of a carboxylic acid will react with a base to form an ionic salt:

Carboxylic acids are weak acids (see the chapter on acids and bases), meaning they are not 100% ionized in water. Generally only about 1% of the molecules of a carboxylic acid dissolved in water are ionized at any given time. The remaining molecules are undissociated in solution.

We prepare carboxylic acids by the oxidation of aldehydes or alcohols whose –OH functional group is located on the carbon atom at the end of the chain of carbon atoms in the alcohol:

Esters are produced by the reaction of acids with alcohols. For example, the ester ethyl acetate, CH3CO2CH2CH3, is formed when acetic acid reacts with ethanol:

The simplest carboxylic acid is formic acid, HCO2H, known since 1670. Its name comes from the Latin word formicus, which means “ant”; it was first isolated by the distillation of red ants. It is partially responsible for the pain and irritation of ant and wasp stings, and is responsible for a characteristic odor of ants that can be sometimes detected in their nests.

Acetic acid, CH3CO2H, constitutes 3–6% vinegar. Cider vinegar is produced by allowing apple juice to ferment without oxygen present. Yeast cells present in the juice carry out the fermentation reactions. The fermentation reactions change the sugar present in the juice to ethanol, then to acetic acid. Pure acetic acid has a penetrating odor and produces painful burns. It is an excellent solvent for many organic and some inorganic compounds, and it is essential in the production of cellulose acetate, a component of many synthetic fibers such as rayon.

The distinctive and attractive odors and flavors of many flowers, perfumes, and ripe fruits are due to the presence of one or more esters (Figure 3). Among the most important of the natural esters are fats (such as lard, tallow, and butter) and oils (such as linseed, cottonseed, and olive oils), which are esters of the trihydroxyl alcohol glycerine, C3H5(OH)3, with large carboxylic acids, such as palmitic acid, CH3(CH2)14CO2H, stearic acid, CH3(CH2)16CO2H, and oleic acid, [latex]{\text{CH}}_{3}{\left({\text{CH}}_{2}\right)}_{7}\text{CH}=\text{CH}{\left({\text{CH}}_{2}\right)}_{7}{\text{CO}}_{2}\text{H}[/latex]. Oleic acid is an unsaturated acid; it contains a [latex]\text{C}=\text{C}[/latex] double bond. Palmitic and stearic acids are saturated acids that contain no double or triple bonds. 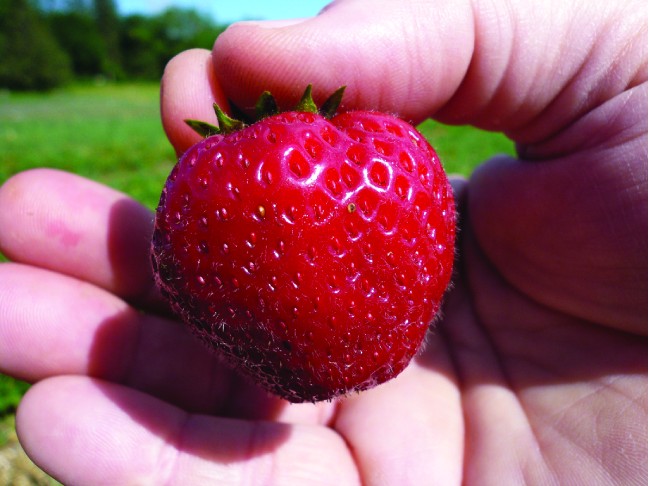 Figure 3. Over 350 different volatile molecules (many members of the ester family) have been identified in strawberries. (credit: Rebecca Siegel)

You can view the transcript for “Carboxylic Acids: Naming + Properties” here (opens in new window).

2. The products are as follows:

4. A ketone contains a group bonded to two additional carbon atoms; thus, a minimum of three carbon atoms are needed.

8. The condensed structural formulas and molecular geometry are as follows:

12. The balanced equations are as follows:

aldehyde: organic compound containing a carbonyl group bonded to two hydrogen atoms or a hydrogen atom and a carbon substituent

ester: organic compound containing a carbonyl group with an attached oxygen atom that is bonded to a carbon substituent