Gender discrimination in health care manifests itself primarily as the difference that men and women pay for their insurance premium.

Assessing gender equity in the health care systems, particularly in the United States, depends heavily upon what factors one considers best to analyze equality.

Studies that address percentages of each gender covered by insurance only speak to one measure of inequality in health care.

Gender discrimination in health care manifests primarily as the amount of money one pays for insurance premiums—the amount paid per month in order to be covered by insurance. Women statistically pay far higher premiums than men. This is largely due to regulations of private insurance companies. Fewer than ten state governments prohibit gender discrimination in insurance premiums. For the rest of the union, insurance companies consistently charge their female policy owners more than their male counterparts.

Gender discrimination in health care could be changing in the United States. Under the Patient Protection and Affordable Care Act (informally called “Obamacare”), passed under President Barack Obama in 2010, insurance companies would be prohibited from charging men and women differently. To rationalize gendered rates, insurance companies claim that women use more medical services than men because of pregnancy visits.

The premise of the contraceptive mandate demonstrates present inequities in the American health care industry for male and female patients. Whereas services for male reproductive health, such as Viagra, are considered to be a standard part of healthcare, women’s reproductive health services are called into question. In the context of the 2012 contraceptive mandate debate, health care professionals‘ assessments that contraception is an integral component for women’s health care, regardless of sexual activity, went largely unaddressed. Instead, insurance coverage of contraception was framed as a government subsidy for sexual activity.This framing revealed inherent social inequalities for women in the domain of sexual health. 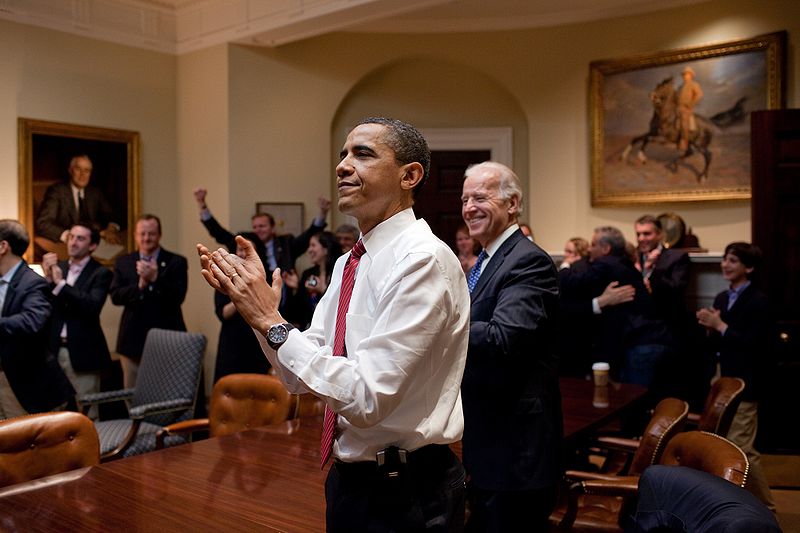 Obama Responds to the Passing of the Health Care Bill
President Barack Obama, along with Vice President Joe Biden and senior staff, respond in the Roosevelt Room of the White House as the House passes the health care reform bill. This bill is seen as a vital step in combating gender inequalities in the health care system.