Gender socialization is the process by which individuals are informed about the norms and behaviors associated with their assigned sex, usually during childhood development.

Sociologists and other social scientists generally attribute many of the behavioral differences between genders to socialization. Socialization is the process of transferring norms, values, beliefs, and behaviors to group members. The most intense period of socialization is during childhood when adults who are members of a particular cultural group instruct young children on how to behave in order to comply with social norms. Gender is included in this process; individuals are taught how to socially behave in accordance with their assigned gender, which is assigned at birth based on their reproductive organs (for instance, babies that have a penis are assigned the gender of “boy,” while babies with a vulva are assigned the gender of “girl”). Gender socialization is thus the process of educating and instructing children as to the norms, behaviors, values, and beliefs of membership in their assigned group. 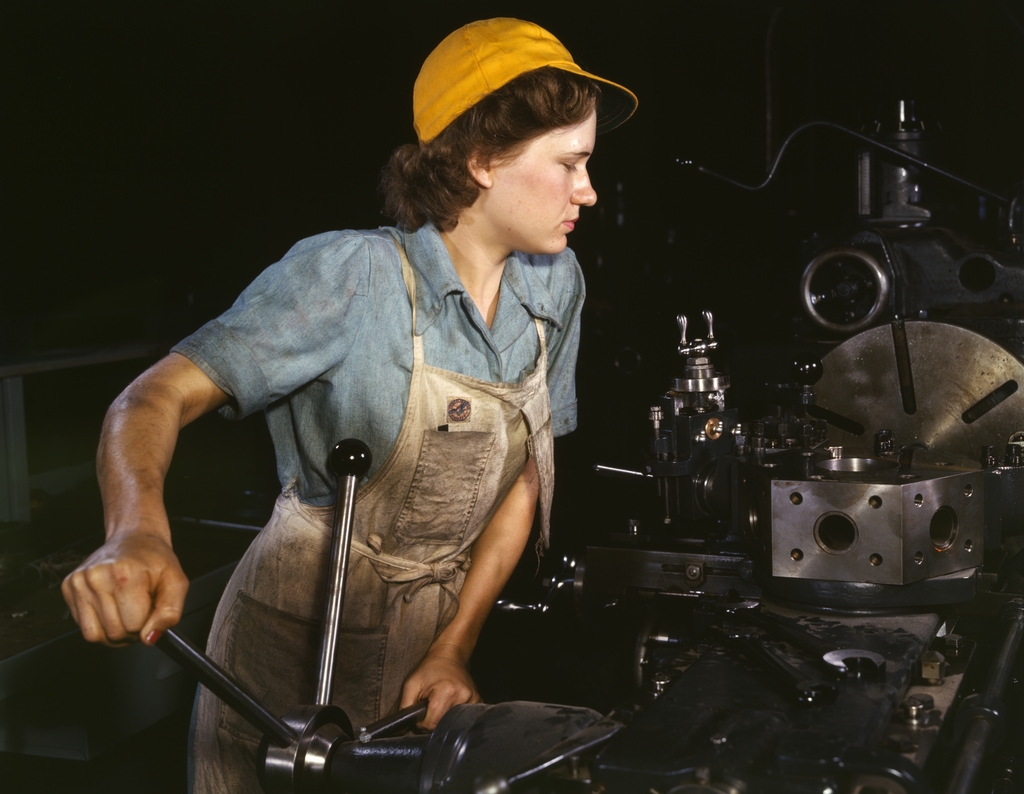 Rosie the Riveter
“Rosie the Riveter” was an iconic symbol of the American homefront in WWII. The entrance of women into the workforce (and into traditionally male roles) marked a departure from gender roles due to wartime necessity.

Preparations for gender socialization begin even before the birth of the child. One of the first questions people ask of expectant parents is the sex of the child. This is the beginning of a social categorization process that continues throughout life. Preparations for the birth often take the infant’s sex into consideration (e.g., painting the room blue if the child is a boy, pink for a girl). Today it is largely believed that most differences in gender expression are attributed to differences in socialization, rather than genetic and biological factors.

Gender stereotypes can be a result of gender socialization. Girls and boys are expected to act in certain ways, and these ways are socialized from birth by many parents (and society). For example, girls are expected to be clean and quiet, while boys are messy and loud. As children get older, gender stereotypes become more apparent in styles of dress and choice of leisure activities. Boys and girls who do not conform to gender stereotypes are usually ostracized by same-age peers for being different. This can lead to negative effects, such as lower self-esteem.

In Western contexts, gender socialization is frequently viewed as a binary, or a concept that is exclusively comprised of two parts. In other words, individuals are socialized into conceiving of their gender as either masculine (male) or feminine (female). However, some individuals do not fall into the gender binary. For example, individuals that identify as transgender have a gender identity that does not match their assigned sex. For example, they may have been assigned male at birth because they have a penis, and a gender identity that is feminine. Individuals that identify as genderqueer have a gender identity that challenges classifications of masculine and feminine, and may identify as somewhere other than male and female, in between male and female, a combination of male and female, or a third (or forth, or fifth, etc.) gender altogether. These identities demonstrate the fluidity of gender, which is so frequently thought to be biological and immutable. Gender fluidity also shows how gender norms are learned and either accepted or rejected by the socialized individual.