Cultural Anthropology is the study of human cultures, their beliefs, practices, values, ideas, technologies, economies and other domains of social and cognitive organization. This field is based primarily on cultural understanding gained through first hand experience, or participant observation within living populations of humans.

This chapter will introduce you to the field of anthropology, define basic terms and concepts and explain why it is important, and how it can change your perspective of the world around you.

Anthropology is the scientific study of human beings as social organisms interacting with each other in their environment, and cultural aspects of life. Anthropology can be defined as the study of human nature, human society, and the human past. It is a scholarly discipline that aims to describe in the broadest possible sense what it means to be human. Anthropologists are interested in comparison. To make substantial and accurate comparisons between cultures, a generalization of humans requires evidence from the wide range of human societies. Anthropologists are in direct contact with the sources of their data, thus field work is a crucial component. The field of Anthropology, although fairly new as an academic field, has been used for centuries. Anthropologists are convinced that explanations of human actions will be superficial unless they acknowledge that human lives are always entangled in complex patterns of work and family, power and meaning. Anthropology is holistic[[1]], comparative, field based, and evolutionary. These regions of Anthropology shape one another and become integrated with one another over time. Historically it was seen as “the study of others,” meaning foreign cultures, but using the term “others” imposed false thoughts of “civilized versus savagery.” These dualistic views have often caused wars or even genocide. Now, anthropologists strive to uncover the mysteries of these foreign cultures and eliminate the prejudice that it first created.

While it is a holistic field, anthropology is typically considered to consist of five sub-disciplines, each focusing on a particular aspect of human existence: 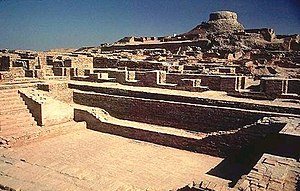