Once people have produced goods those goods need to be distributed for consumption. This guided through several principles: redistribution, reciprocity, and market. These principles are not mutually exclusive and all may be found within the same society. The market principle is based on the practice of goods bought and sold using money. Profit is a key motivating principle. Value is theoretically based on demand and supply, but supply can be artificially manipulated to value and, therefore, increase profit margin. Market economies are the hallmark of large-scale, industrial groups. Other characteristics of market economies include the accumulation of capital (wealth used to fund more production) and complex economic interactions, including international components. Market economies are synonymous with intensive agricultural societies. In the modern world, non-market economies exist under the umbrella of a national market economy; however, there are some cultural groups, e.g., foragers, who have little interaction with the national economy. Groups such as this are generally left out of economic development plans. In fact, they are often seen as impediments to modern economic development, leading to marginalization and deprivation as their ability to meet their needs is impeded.

There are three types of reciprocity: generalized, balanced, and negative. Generalized reciprocity refers to an exchange that incurs no calculation of value or immediate repayment of the goods or services. This usually happens among close kin and friends; e.g., !Kung hunters sharing meat with other members of the family or buying a cup of coffee for a friend. It acts as a form of social security among kin—sharing with family ensures that they in turn will share with you. Generalized reciprocity has an element of altruism to it. Think about a person who makes a bunch of sandwiches and then hands them out to the homeless. That person is distributing food without expectation of repayment.

Balanced reciprocity involves calculation of value and repayment of the goods or services within a specified time frame. Some foragers will exchange wild game for modern hunting implements such as metal knives. Horticulturalists may exchange some of their product for machetes. Storeowners may exchange goods for services of skilled tradesmen. Gift giving in modern society is another example of balanced reciprocity. As adults, when gifts are given there is an expectation that we will receive a gift of equal value in return at a fixed point in the future. For instance, if we receive a birthday gift from a friend, it is expected that we will give that friend a gift of similar value on their birthday.

Negative reciprocity occurs when one party attempts to get more out of the exchange than the other party. This can happen through hard-bargaining, deception, stealing, or even selling food at an inflated price because there is no other option; e.g., vendors at special events.

Redistribution refers to the movement of goods or services to and from a central authority. The authority may be a single individual, e.g., a chief, or a group of people, e.g., temple priests. The central authority may not be interested in accumulating wealth for themselves, but use the distribution of goods and services to create interdependence among the parties involved. The Big Men of Highland Papua New Guinea redistribute goods they have accumulated to create and maintain alliances in an area where conflict with other groups occur relatively frequently. In industrial societies, progressive income taxes are an example of redistribution—taxes are collected from individuals dependent on their personal income and then that money is distributed to other members of society through various government programs. Charitable donations function similarly. 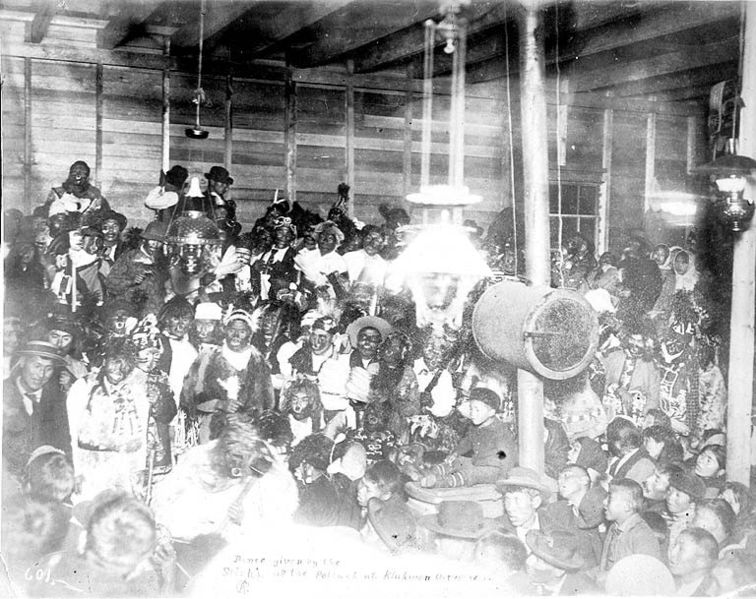 The potlatch is a specialized form of redistribution that was common among native cultures of the Pacific Northwest. Native tribes living in the coastal areas of what is now known as Oregon, Washington, British Columbia, and southern Alaska created a competitive system involving elaborate feasting and gift giving that was used to increase status of the giver. The giver often took years to accumulate all of the goods necessary for the potlatch. Statuses were easily determined by who received the most goods. An element of negative reciprocity was involved in the potlatch as it created an expectation that in the future, receivers would give back to the giver more than they received. While that suggests that the potlatch impoverished families, the relative continual redistribution of goods throughout the society ensured that people were taken care of; the potlatch created interdependence among members of the society.