Familial culture is how you express culture as a family through traditions, roles, beliefs, and other areas. Many aspects can influence a family culture such as religion, and the community around you. Religion can strongly influence family culture, which can be demonstrated by the Catholic religion in many Hispanic countries. Most Hispanic cultures practice Catholic beliefs and within a family these beliefs are practiced to different degrees. For example, one family may go to the catholic mass every week while some may only go once a month. This can all depend on the standards and cultural norms for a given community. Every family is different, and every family has its own culture.

Familial culture is also passed down from generation to generation and this means that it is both shared and learned. It is shared because as a family grows, new generations are introduced to traditional family practices and then it becomes a routine to that new generation. Familial culture is learned by means of enculturation which is the process by which a person learns the requirements of the culture that he or she is surrounded by. With enculturation an individual will also learn behaviors that are appropriate or necessary in their given culture. The influences of enculturation from the family direct and shape the individual. 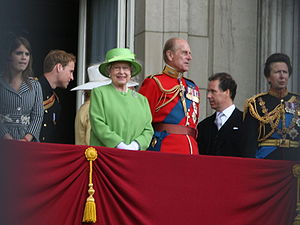 The present Royal family of Great Britain is a good example of family tradition because each male member of the royal family has served in the armed forces. Prince Andrew joined the Navy in 1979, Prince Edward joined the Royal Marines as a second lieutenant in 1983, Prince Charles the current prince of Wales was appointed in 1969 as the as colonel-in-chief of the Royal Regiment of Wales, the Duke of Edinburgh joined the Navy in 1939 and served in World War 2 and as of June 12, 2003 Prince Henry announced that he would be continuing the tradition by joining the Army. This long standing tradition of serving in the armed forces is an important aspect of familial culture because it shows the connection of the generations of the royal family of Great Britain through the years.

This page also draws upon the following wikipedia resources: