Models of Language and Culture

There are two models used in anthropology to study language and culture. In the early twentieth century, Edward Sapir and Benjamin Whorf proposed that language influences the way we think. This idea, known as the Sapir-Whorf Hypothesis, is the foundation of the theory of linguistic determinism, which states that it is impossible to fully learn or understand a second language because the primary language is so fully ingrained within an individual. Consequently, it is impossible to fully understand other cultures. The Saami concepts of snow listed above serves as an example of the Sapir-Whorf Hypothesis. Someone from the desert or the tropics who has never experienced snow cannot think about snow. Try to imagine how you would explain snow to someone who had never experienced snow. It would be necessary to start with a common frame of reference and try to move on from there, but it would be difficult if not impossible to explain snow.

The second model is sociolinguistics. This is the study of how language is shaped within its cultural context; it is basically how people use language. This approach has been instrumental in demonstrating how language is used in different social, economic, and political situations. Sociolinguists contend that language reflects social status, gender, ethnicity, and other forms of social diversity. In the United States, ethnicity can be expressed through the use of specific words and patterns of speech, e.g., Black English Vernacular (BEV), African American English (AAE), or African American Vernacular English (AAVE). AAE is used by many African American youth, particularly in urban centers and conveys an immediate sense of belonging to a group. AAE grew out of slavery and thus carries the prejudice and discrimination associated with that practice. People speaking AAE instead of American Mainstream English (AME) are often wrongly seen as less intelligent and less educated. You can learn more about AAE at http://www.pbs.org/speak/seatosea/americanvarieties/AAVE/.

Languages often blend when two cultures that do not speak the same language come into contact creating a pidgin language. Many pidgin languages emerged through the process of European colonialism. Bislama (Vanuatu) and Nigerian Pidgin are two examples. Creole languages evolve from pidgin languages. They have a larger vocabulary and more developed grammar. It becomes the mother tongue of a people. Tok Pisin was a pidgin language in Papua New Guinea, but is now an officially recognized language in that country. Other examples of creole languages include Gullah, Jamaican Creole, and Louisiana Creole. Some confusion can arise with the terms pidgin and creole. In linguistic anthropology they are technical terms as defined above. How culture groups and individuals use the term can be different. Jamaicans do not refer to their language as creole, but as patwa. People speaking Hawai’I Creole English call their language pidgin.

Regional dialects frequently emerge within specific areas of countries. Regional dialects may have specific words, phrases, accents, and intonations by which they are identified. In the United States what you call a fizzy, highly sugared beverage (soda, pop, Coke) can indicate if you are from the South, Midwest or other region (check out http://www4.ncsu.edu/~jakatz2/project-dialect.html for an interactive map of regional words and phrases for the U.S.). Speaking Cockney, Brummy, or Geordie will immediately inform people of where you are from in Great Britain.

Gender status and roles can be highlighted by language. In the United States, white Euro-American females have three prominent patterns (Miller 2011: 269): 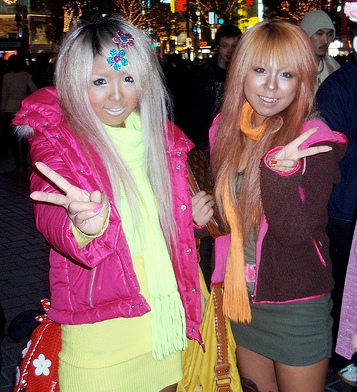 In Japan, female speech patterns also are more polite than males. An honorific “o-“ is attached to nouns, making their speech more refined, e.g., a book is hon for males and ohon for females. Young Japanese females, or kogals, use language and other forms of communication to shake up the traditional feminine roles. They use masculine forms of words, talk openly about sex, and are creating new words using compounds. Heavily influenced by globalization, the kogals are rethinking their traditional roles in Japanese society.

Language can give us clues as to what is taboo within a society or what makes people uncomfortable without anyone specifically telling us. Euphemisms are words or phrases used to indirectly infer to a taboo or uncomfortable topic, such as body parts related to sexual intercourse, pregnancy, disability, mental illness, body shape, and socioeconomic status. Even underclothes have euphemisms…unmentionables, pants, and underpants. Political correctness is a form of euphemism. Disabled is “differently abled,” “sex worker” instead of prostitute, and “Caucasian” instead of white people. Minced oaths are another form of euphemism. These euphemisms reword rude words like “pissed off” into such things as teed off and kissed off.

Euphemisms occur in all languages. Through repeated use they often lose their effectiveness and become a direct part of speech. Euphemisms for sexual intercourse like consummation, copulation, and intercourse itself become commonplace and must be replaced with new euphemisms. This is a good example of how language changes as cultures change. Changes can reflect new conflict and concerns within a culture.

Languages can also go extinct. Recent research suggests that of the approximate 6,700 languages spoken in the word today, about 3,500 of them will be extinct by the year 2100 (Solash 2010). In fact, it is estimated that one indigenous language goes extinct every two weeks (Gezen and Kottak 2014). While this may make communication easier between people, a vast amount of knowledge will be lost. More information on endangered indigenous languages can be found at Living Tongues, Institute for Endangered Languages (http://livingtongues.org/).

Explore: Learn about the anthropologists