Technology is an important aspect of Cultural Anthropology. Anthropologists have studied the examples of material life established in different human civilizations. Some examples of these universal differences are in shelter, attire, tools and methods for acquiring food and producing material goods. Some anthropologists focus their main concern on studying technology in diverse societies or the progression of technology. Individuals concerned with material life also illustrate the primary environment for which technologies have been revolutionized. In Anthropology, technology is often studied in relationship to the natural environment that it was developed in.

Different cultures use technology in different ways. Western technology that is used in non-Western cultures are being used in new and creative ways. Although some of the new uses for the technology are unexpected, it makes sense in the context of the different cultures. An example would be the ipod in the African country of Benin in which predominantly students of higher education, who speak French as well as their native language and go to a Private University. The Ipods are shipped from England, France, and the United States. The country of Benin is sometimes referred to as “little America” because the country has a good economic system and isn’t involved in wars, ethnic cleansing, or starvation like other countries. Students here try to imitate students from European and American schools. This trend is not concurrent throughout Africa, due to political differences. 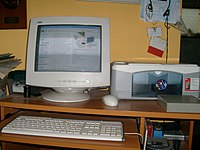 Some anthropologists analyze the ways in which technologies and settings shape each other, and others analyze the way non-Western civilizations have reacted in regards to political and economic strife of colonialism and capitalist industrialized technology. With globalization, all people increasingly consume material goods and technologies manufactured beyond their own culture. Anthropologists have proven that non-Western inhabitants do not mindlessly imitate Western customs for the use of technology; instead they utilize Western technologies in creative ways, which are often unforeseen and can be adaptive or maladaptive. A cargo cult could be considered an example of the creative use of new technology.

An example of differences in culture can also be found within the same culture. For example, the differences between generations in the American culture. For the adult generation it is much harder to do the simple tasks that young adults do daily with technology. This is because they were not raised with the technology constantly surrounding them like this generation has been. Today teenagers rarely go a day without using either their cell phone, laptop, ipod, or a television.