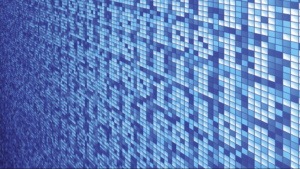 Exponents allow us to perform repeated multiplication quickly, and write very large or small numbers in a way that is easy to understand. There are many and varied uses of exponents that you may be surprised to find are all around us.  You may have heard a computer described as having a 32-bit processor with 64 megabytes of RAM and 2.1 gigabytes of hard disk space?  What on earth does that even mean? This terminology is used to describe how fast a computer can process information – which results in how quickly it responds after you click on a link or an app or open a file. It also describes how much memory the computer has to store the files and apps you want to use with it.

Computers use binary digits (0 and 1) instead of the decimal  (0 to 9) digits we are used to working with, therefore, the descriptions 32-bit and 64 megabytes don’t make much sense at first glance.

Each binary digit is equivalent to one bit, and a byte contains 8 bits, often called a binary octet.  This is what a byte represents relative to decimal numbers:

The 1’s in the binary octet act as light switches within a computer. The computer uses the binary octets to represent characters such as numbers, letters, and other information.  You can think of the number of bits assigned to a computer processor as the amount of “scratch pad” it has available to store calculations and information while it works.  Having more “scratch pad” available means the computer can do more without needing to access memory which takes time.  There are many more factors that influence the speed and agility of a computer, but basics can be described with exponents!