The Study of Educational Psychology

Educational psychology is a fairly new and growing field of study. While philosophers dating back to the time of Aristotle and Plato contemplated development, learning, education, and the relationship between teacher and learner educational psychology was not considered a specific practice. It was unknown that everyday teaching and learning in which individuals had to think about individual differences, assessment, development, the nature of a subject being taught, problem-solving, and transfer of learning was the beginning of the field of educational psychology. These topics are important to education and, as a result, they are important in understanding human cognition, learning, and social perception (Berliner, 1993). 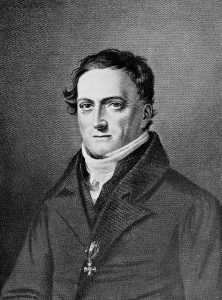 Johann Herbart (1776–1841) is considered the father of educational psychology. He believed that learning was influenced by an interest in the subject and the teacher. He thought that teachers should consider the students’ existing mental sets—what they already know—when presenting new information or material. Herbart proposed what are now known as the formal steps (Hergenhahn, 2009):

The period of 1890–1920 is considered the golden era of educational psychology where aspirations of the new discipline rested on the application of the scientific methods of observation and experimentation to educational problems. From 1840 to 1920, 37 million people immigrated to the United States. This created an expansion of elementary schools and secondary schools. The increase in immigration also provided educational psychologists the opportunity to use intelligence testing to screen immigrants at Ellis Island. At the end of the 19th century, there were three major figures that distinguished themselves in the emerging field of educational psychology: William James, G. Stanley Hall, and John Dewey (Berliner, 1993). 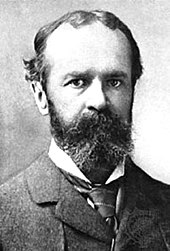 William James (1842–1910)  is the father of psychology in America but he also made contributions to educational psychology. In his famous series of lectures Talks to Teachers on Psychology, published in 1899, James defines education as “the organization of acquired habits of conduct and tendencies to behavior”. He states that teachers should “train the pupil to behavior” so that he fits into the social and physical world. Teachers should also realize the importance of habit and instinct. They should present information that is clear and interesting and relate this new information and material to things the student already knows about. He also addresses important issues such as attention, memory, and association of ideas (James, 1983). 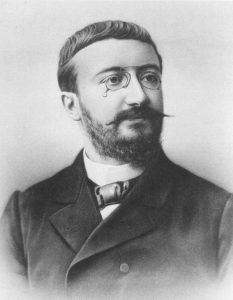 Alfred Binet (1857-1911) published Mental Fatigue in 1898, in which he attempted to apply the experimental method to educational psychology. In this experimental method, he advocated for two types of experiments, experiments done in the lab, and experiments done in the classroom. In 1904 he was appointed the Minister of Public Education. This is when he began to look for a way to distinguish children with developmental disabilities. Binet strongly supported special education programs because he believed that “abnormality” could be cured. The Binet-Simon test was the first intelligence test and was the first to distinguish between “normal children” and those with developmental disabilities. Binet believed that it was important to study individual differences between age groups and children of the same age. He also believed that it was important for teachers to take into account individual students’ strengths and also the needs of the classroom as a whole when teaching and creating a good learning environment. He also believed that it was important to train teachers in observation so that they would be able to see individual differences among children and adjust the curriculum to the students. Binet also emphasized that the practice of material was important. The test became known as the Stanford-Binet and was one of the most widely used tests of intelligence (Zimmerman & Schunk, 2003). 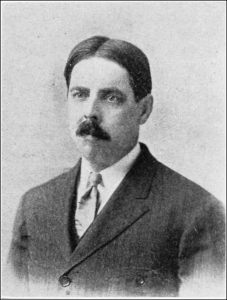 Edward Thorndike (1874–1949) supported the scientific movement in education. He based teaching practices on empirical evidence and measurement. Thorndike developed the theory of instrumental conditioning or the law of effect. The law of effect states that associations are strengthened when it is followed by something pleasing and associations are weakened when followed by something not pleasing. He also found that learning is done a little at a time or in increments, learning is an automatic process and all the principles of learning apply to all mammals. Thorndike’s research with Robert Woodworth on the theory of transfer found that learning one subject will only influence your ability to learn another subject if the subjects are similar. This discovery led to less emphasis on learning the classics because they found that studying the classics does not contribute to overall general intelligence. Thorndike was one of the first to say that individual differences in cognitive tasks were due to how many stimulus-response patterns a person had rather than a general intellectual ability. He contributed word dictionaries that were scientifically based to determine the words and definitions used. The dictionaries were the first to take into consideration the user’s maturity level. He also integrated pictures and easier pronunciation guide into each of the definitions. Thorndike contributed arithmetic books based on learning theory. He made all the problems more realistic and relevant to what was being studied, not just to improve general intelligence. He developed tests that were standardized to measure performance in school-related subjects. His biggest contribution to testing was the CAVD intelligence test which used a multidimensional approach to intelligence and the first to use a ratio scale (Zimmerman & Schunk, 2003). His later work was on programmed instruction, mastery learning, and computer-based learning.

“If, by a miracle of mechanical ingenuity, a book could be so arranged that only to him who had done what was directed on page one would page two become visible, and so on, much that now requires personal instruction could be managed by print” (Thorndike, 1912). 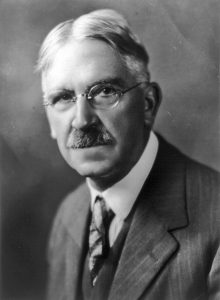 John Dewey (1859–1952) had a major influence on the development of progressive education in the United States. He believed that the classroom should prepare children to be good citizens and facilitate creative intelligence. He pushed for the creation of practical classes that could be applied outside of a school setting (Zimmerman & Schunk, 2003). He also thought that education should be student-oriented, not subject-oriented. For Dewey, education was a social experience that helped bring together generations of people. He stated that students learn by doing. He believed in an active mind that was able to be educated through observation, problem-solving, and inquiry. In his 1910, book How We Think, he emphasizes that material should be provided in a way that is stimulating and interesting to the student since it encourages original thought and problem-solving. He also stated that material should be relative to the student’s own experience (Dewey, 1910).

“The material furnished by way of information should be relevant to a question that is vital in the student’s own experience” (Dewey, 1910). 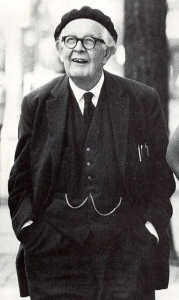 Jean Piaget (1896-1980) is considered one of the most influential psychologists of the twentieth century, and his stage theory of cognitive development revolutionized our view of children’s thinking and learning. His work inspired more research than any other theorist, and many of his concepts are still foundational to developmental psychology. His interest lay in children’s knowledge, their thinking, and the qualitative differences in their thinking as it develops. Although he called his field “genetic epistemology,” stressing the role of biological determinism, he also assigned great importance to experience. In his view, children “construct” their knowledge through processes of “assimilation,” in which they evaluate and try to understand new information, based on their existing knowledge of the world, and “accommodation,” in which they expand and modify their cognitive structures based on new experiences.

The number of people receiving a high school and college education increased dramatically from 1920 to 1960. Because very few jobs were available to teens coming out of eighth grade, there was an increase in high school attendance in the 1930s (Zimmerman & Schunk, 2003). The progressive movement in the United States took off at this time and led to the idea of progressive education. John Flanagan, an educational psychologist, developed tests for combat trainees and instructions in combat training. In 1954, the work of Kenneth Clark and his wife on the effects of segregation on black and white children was influential in the Supreme Court case Brown v. Board of Education (Hergenhahn, 2009). From the 1960s to the present day, educational psychology has switched from a behaviorist perspective to a more cognitive-based perspective because of the influence and development of cognitive psychology at this time (Zimmerman & Schunk, 2003). 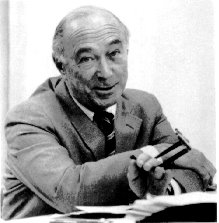 Jerome Bruner is notable for integrating Piaget’s cognitive approaches into educational psychology. He advocated for discovery learning where teachers create a problem-solving environment that allows the student to question, explore, and experiment. In his book, The Process of Education Bruner stated that the structure of the material and the cognitive abilities of the person are important in learning. He emphasized the importance of the subject matter. He also believed that how the subject was structured was important for the student’s understanding of the subject and it is the goal of the teacher to structure the subject in a way that was easy for the student to understand. In the early 1960s Bruner went to Africa to teach math and science to school children, which influenced his view as schooling as a cultural institution. Bruner was also influential in the development of Man: a Course of Study (M.A.C.O.S.) which was an educational program that combined anthropology and science. The program explored human evolution and social behavior. He also helped with the development of the Head Start program. He was interested in the influence of culture on education and looked at the impact of poverty on educational development (Zimmerman & Schunk, 2003). 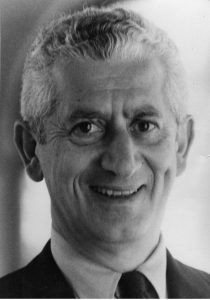 Benjamin Bloom (1903–1999) spent over 50 years at the University of Chicago, where he worked in the department of education. He believed that all students can learn. He developed a taxonomy of educational objectives (Zimmerman & Schunk, 2003). The taxonomy provided broad educational objectives that could be used to help expand the curriculum to match the ideas in the taxonomy. The taxonomy is used in every aspect of education from training of the teachers to the development of testing material. Bloom believed in communicating clear learning goals and promoting an active student. He thought that teachers should provide feedback to the students on their strengths and weaknesses. Bloom also did research on college students and their problem-solving processes. He found that they differ in understanding the basis of the problem and the ideas in the problem. He also found that students differ in the process of problem-solving in their approach and attitude toward the problem (Zimmerman & Schunk, 2003). 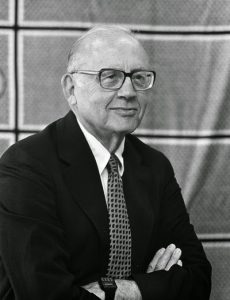