As Michael Harvey writes, paragraphs are “in essence—a form of punctuation, and like other forms of punctuation they are meant to make written material easy to read.”[1] Effective paragraphs are the fundamental units of academic writing; consequently, the thoughtful, multifaceted arguments that your professors expect depend on them. Without good paragraphs, you simply cannot clearly convey sequential points and their relationships to one another.

Many novice writers tend to make a sharp distinction between content and style, thinking that a paper can be strong in one and weak in the other, but focusing on organization shows how content and style converge in deliberative academic writing. Your professors will view even the most elegant prose as rambling and tedious if there isn’t a careful, coherent argument to give the text meaning. Paragraphs are the “stuff ” of academic writing and, thus, worth our attention here. 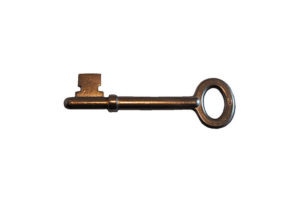 In academic writing, readers expect each paragraph to have a sentence or two that captures its main point. They’re often called “topic sentences,” though many writing instructors prefer to call them “key sentences.” There are at least two downsides of the phrase “topic sentence.” First, it makes it seem like the paramount job of that sentence is simply to announce the topic of the paragraph. Second, it makes it seem like the topic sentence must always be a single grammatical sentence. Calling it a “key sentence” reminds us that it expresses the central idea of the paragraph. And sometimes a question or a two-sentence construction functions as the key.

Key sentences in academic writing do two things. First, they establish the main point that the rest of the paragraph supports. Second, they situate each paragraph within the sequence of the argument, a task that requires transitioning from the prior paragraph. Consider these two examples:[2]

Now we turn to the epidemiological evidence.

The epidemiological evidence provides compelling support for the hypothesis emerging from etiological studies.

Both versions convey a topic; it’s pretty easy to predict that the paragraph will be about epidemiological evidence, but only the second version establishes an argumentative point and puts it in context. The paragraph doesn’t just describe the epidemiological evidence; it shows how epidemiology is telling the same story as etiology. Similarly, while Version A doesn’t relate to anything in particular, Version B immediately suggests that the prior paragraph addresses the biological pathway (i.e. etiology) of a disease and that the new paragraph will bolster the emerging hypothesis with a different kind of evidence. As a reader, it’s easy to keep track of how the paragraph about cells and chemicals and such relates to the paragraph about populations in different places.

A last thing to note about key sentences is that academic readers expect them to be at the beginning of the paragraph. (The first sentence this paragraph is a good example of this in action!) This placement helps readers comprehend your argument. To see how, try this: find an academic piece (such as a textbook or scholarly article) that strikes you as well written and go through part of it reading just the first sentence of each paragraph. You should be able to easily follow the sequence of logic. When you’re writing for professors, it is especially effective to put your key sentences first because they usually convey your own original thinking. It’s a very good sign when your paragraphs are typically composed of a telling key sentence followed by evidence and explanation.

Knowing this convention of academic writing can help you both read and write more effectively. When you’re reading a complicated academic piece for the first time, you might want to go through reading only the first sentence or two of each paragraph to get the overall outline of the argument. Then you can go back and read all of it with a clearer picture of how each of the details fit in. And when you’re writing, you may also find it useful to write the first sentence of each paragraph (instead of a topic-based outline) to map out a thorough argument before getting immersed in sentence-level wordsmithing.

For the most part, a text reads smoothly when it conveys a thoughtful and well organized argument or analysis. Focus first and most on your ideas, on crafting an ambitious analysis. The most useful guides advise you to first focus on getting your ideas on paper and then revising for organization and word choice later, refining the analysis as you go. Thus, consider the advice here as if you already have some rough text written and are in the process of smoothing out your prose to clarify your argument for both your reader and yourself.

Cohesion refers to the flow from sentence to sentence. For example, compare these passages:

Granovetter begins by looking at balance theory. If an actor, A, is strongly tied to both B and C, it is extremely likely that B and C are, sooner or later, going to be tied to each other, according to balance theory (1973:1363).[5] Bridge ties between cliques are always weak ties, Granovetter argues (1973:1364). Weak ties may not necessarily be bridges, but Granovetter argues that bridges will be weak. If two actors share a strong tie, they will draw in their other strong relations and will eventually form a clique. Only weak ties that do not have the strength to draw together all the “friends of friends” can connect people in different cliques.

Granovetter begins by looking at balance theory. In brief, balance theory tells us that if an actor, A, is strongly tied to both B and C, it is extremely likely that B and C are, sooner or later, going to be tied to each other (1973:1363). Granovetter argues that because of this, bridge ties between cliques are always weak ties (1973:1364). Weak ties may not necessarily be bridges, but Granovetter argues that bridges will be weak. This is because if two actors share a strong tie, they will draw in their other strong relations and will eventually form a clique. The only way, therefore, that people in different cliques can be connected is through weak ties that do not have the strength to draw together all the “friends of friends.”[6]

Version A has the exact same information as version B, but it is harder to read because it is less cohesive. Each sentence in version B begins with old information and bridges to new information. 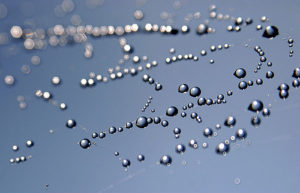 The first sentence establishes the key idea of balance theory. The next sentence begins with balance theory and ends with social ties, which is the focus of the third sentence. The concept of weak ties connects the third and fourth sentences and concept of cliques the fifth and sixth sentences. In Version A, in contrast, the first sentence focuses on balance theory, but then the second sentence makes a new point about social ties before telling the reader that the point comes from balance theory. The reader has to take in a lot of unfamiliar information before learning how it fits in with familiar concepts. Version A is coherent, but the lack of cohesion makes it tedious to read.

The lesson is this: if you or others perceive a passage you’ve written to be awkward or choppy, even though the topic is consistent, try rewriting it to ensure that each sentence begins with a familiar term or concept. If your points don’t naturally daisy-chain together like the examples given here, consider numbering them. For example, you may choose to write, “Proponents of the legislation point to four major benefits.” Then you could discuss four loosely related ideas without leaving your reader wondering how they relate.

Your social networks and your location within them shape the kinds and amount of information that you have access to. Information is distinct from data, in that makes some kind of generalization about a person, thing, or population. Defensible generalizations about society can be either probabilities (i.e., statistics) or patterns (often from qualitative analysis). Such probabilities and patterns can be temporal, spatial, or simultaneous. 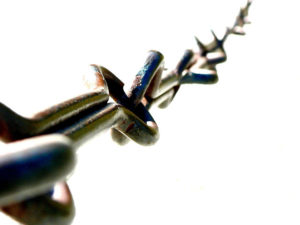 Each sentence in the above passage starts with a familiar idea and progresses to a new one, but it lacks coherence—a sense of being about one thing. Good writers often write passages like that when they’re free-writing or using the drafting stage to cast a wide net for ideas. A writer weighing the power and limits of social network analysis may free-write something like that example and, from there, develop a more specific plan for summarizing key insights about social networks and then discussing them with reference to the core tenets of social science. As a draft, an incoherent paragraph often points to a productive line of reasoning; one just has to continue thinking it through in order to identify a clear argumentative purpose for each paragraph. With its purpose defined, each paragraph, then, becomes a lot easier to write. Coherent paragraphs aren’t just about style; they are a sign of a thoughtful, well developed analysis.

Some guides advise you to end each paragraph with a specific concluding sentence, in a sense, to treat each paragraph as a kind of mini-essay. But that’s not a widely held convention. Most well written academic pieces don’t adhere to that structure. The last sentence of the paragraph should certainly be in your own words (as in, not a quote), but as long as the paragraph succeeds in carrying out the task that it has been assigned by its key sentence, you don’t need to worry about whether that last sentence has an air of conclusiveness. For example, consider these paragraphs about the cold fusion controversy of the 1980s that appeared in a best-selling textbook:[7]

The experiment seemed straightforward and there were plenty of scientists willing to try it. Many did. It was wonderful to have a simple laboratory experiment on fusion to try after the decades of embarrassing attempts to control hot fusion. This effort required multi-billion dollar machines whose every success seemed to be capped with an unanticipated failure. ‘Cold fusion’ seemed to provide, as Martin Fleischmann said during the course of that famous Utah press conference, ‘another route’—the route of little science.

In that example, the first and last sentences in the paragraph are somewhat symmetrical: the authors introduce the idea of accessible science, contrast it with big science, and bring it back to the phrase “little science.” Here’s an example from the same chapter of the same book that does not have any particular symmetry:[8]

The struggle between proponents and critics in a scientific controversy is always a struggle for credibility. When scientists make claims which are literally ‘incredible’, as in the cold fusion case, they face an uphill struggle. The problem Pons and Fleischmann had to overcome was that they had credibility as electrochemists but not as nuclear physicists. And it was nuclear physics where their work was likely to have its main impact. 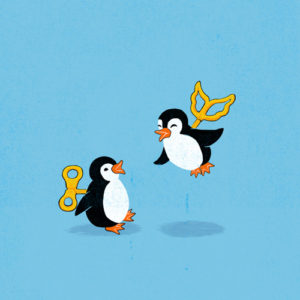 To reiterate the initial point, it is useful to think of paragraphs as punctuation that organize your ideas in a readable way. Each paragraph should be an irreplaceable node within a coherent sequence of logic. Thinking of paragraphs as “building blocks” evokes the “five-paragraph theme” structure explained earlier: if you have identical stone blocks, it hardly matters what order they’re in. In the successful organically structured college paper, the structure and tone of each paragraph reflects its indispensable role within the overall piece. Make every bit count and have each part situated within the whole.