Commas before and after transition words help to separate them from the sentence ideas they are describing. Transition words tend to appear at the beginning of a sentence but they can also be found in the middle or at the end, as in the following:

When transition words appear between two independent clauses (or two sentences that could stand alone), however, a period or semicolon is required beforehand:

As you can see from these examples, a comma is always required after a transition word.

The key here is to ask yourself whether the transition word connects two sentences.

“The food” is not a complete sentence nor is “is delicious.”

Descriptive phrases add extra information about the things that they describe and need commas.

This is extra information about when James Hutton introduced this point of view.

This is extra information about James Lovelock.

This is extra information about what the approval means. 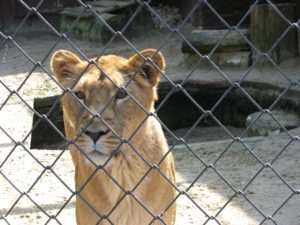 In each example, the phrase separated by the comma could be deleted from the sentence without destroying the sentence’s basic meaning. If the information is necessary to the primary sentence meaning, it should not be set off by commas.

The phrase “who is beautiful and brilliant” gives more information about my sister and so we can think about enclosing it in a pair of commas (almost like parentheses).

But let’s take a look at a variation on this sentence.

My sister, who is ten years older than I am, is beautiful and brilliant.

The phrase “who is ten years older than I am” is only extra information if I have just one sister. If I have more than one sister, then we need to remove the commas because the phrase within explain which sister I am talking about.

This is a pretty specific and tricky rule, but it is often on standardized tests.

Here is another example.

Another way to think about this is that the information within the commas needs to be removable.

If I have more than one sister, the second version doesn’t make sense. You can check the example by asking which sister is being referred to in this sentence. So, the commas are incorrect.

Commas with Dates and Locations

We use commas with dates (July 4, 1968) and between a city and state in the United States (Baltimore, Maryland). This also applies to cities and other countries.