Good writing is a recursive process, meaning a writer constructs an introduction in order to return to those same ideas frequently throughout the essay. An introduction, for example, sets the stage for the rest of the essay.

Even though a nearly infinite number of topics and arrangements are possible in English prose, introductions generally follow a pattern. If you’re writing a children’s story, you would probably start with “once upon a time” or something similar. If you’re writing a research article on biomechanical engineering, you would probably start with a statement about how previous research has examined the problem of loading soldiers with daypacks on various surfaces, including sand, concrete, and railroad ballast. These examples may seem wildly different, but their introductions share very similar purposes. They orient their imagined readers to the topic, time, and place.

Many students make the mistake of beginning their essays in overwhelmingly broad or obvious terms. For example, a student writing about the politics of same-sex marriage might begin a paper by saying, “People have been falling in love and getting married for thousands of years.” A sentence like this simply postpones the real work of an essay by giving its audience information that any reasonable person would already know. Students usually write overly vague introductions because they have been taught to “start broad” and then “narrow their focus.” More experienced writers understand that everything in an introduction needs to contribute substantially to their argument.

Let’s look at some examples of introductions. Students often want to know how many sentences an introduction should be. There is no magic formula although some writing instructors have particular guidelines or preferences.

The introduction below provides background information and a compelling quotation or statistic. In the following example, notice how just a few sentences can offer background and make the thesis of the essay clear:

The next introduction makes an argument about the role of a musical instrument in 245 BCE by locating readers in a specific time and/or place.

The example below is a single sentence introduction that could work as a very short introduction to a brief paper or could be expanded for a longer essay.

Notice how this brief introduction packs a great deal of information into one sentence (not always a recommended strategy) but still manages to articulate a main claim/thesis (that IQ tests are not a predictor of success) while also explaining how the tests have been used and why they may be misleading.

The longer introduction below moves from the image of a six-year-old playing with Barbies to a strong thesis about the benefits of pageants.

Keep in mind that some of the examples above are too short to function as complete introductions and are offered to help you think about how you might get your introduction started. 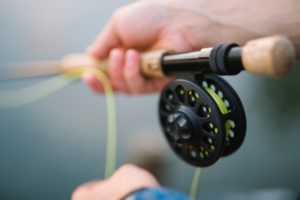 Figure 1. An attention-grabbing opener, sometimes called a hook, is one strategy to use when writing an introduction- similar to how fishermen use hooks to reel in their catch.

Although there is no one “right” way to write your introduction, there are some common introduction strategies that work well. The strategies below may be helpful when you are feeling stuck and having a hard time getting started.

Consider opening with an interesting fact, an anecdote, a quotation you like, an image, or a question to provoke your reader’s interest.

One technique is to provide information or data in order to draw the audience’s attention to the problem or issue. To present her research on electric car usage and ownership, Yuliya Chernova (2013) writes:

Consider employing anecdotes that dramatize the problem or issue. Brad Tuttle (2013) begins his article, ”The Major Problem with Cheap Electric Cars,” with the following account:

Another strategy is to respond to a quotation that addresses the problem or issue in some way. Columnist George F. Will (2013) quotes President Barack Obama to begin his own argument about the United States’ policy on Iran’s nuclear program:

Overall, your focus in an introduction should be on orienting your reader. Notice how the example below catches the reader’s attention with references to Atari and the television show Dynasty and closes with a strong, clear thesis.

Remember, an effective introduction will capture your reader’s attention, provide context for your topic, and transition to your thesis.