What feelings and thoughts does this quote by Margaret Mead bring up in you when you read it? Why does she include this personal glimpse in her preface to the 1949 edition of Coming of Age in Samoa?

I had decided to become an anthropologist—in May, 1923—because Franz Boas and Ruth Benedict had presented the tasks of anthropology as more urgent than any other task which lay ready to the choice of a student of human behavior.

By using even a brief personal story, Mead is helping her readers relate to her and open to her viewpoint. Her mentors and teachers instilled in her a sense of purpose — an urgent one, for Mead in May, 1923 — to study human behavior as it happens naturally in a variety of societies and cultures. We can all relate to the feeling of longing for a sense of purpose, even though we may not have an interest in anthropology specifically. Most of us will nod knowingly at her decision because we can relate to her story of feeling, at a specific moment in time and under the guidance of powerful teachers, a sense of purpose and direction.

Narration is a rhetorical style that basically just tells a story. Being able to convey events in a clear, descriptive, chronological order is important in many fields. Many times, in college, your professors will ask you to write paragraphs or entire essays using a narrative style.

Figure 1. Think of one of your favorite well-known stories or fairytales. Does it follow the sequence shown above?

Most of the time, in introductory writing classes, students write narration essays that discuss personal stories; however, in different disciplines, you may be asked to tell a story about another person’s experience or an event.

The reason we use narrative is because storytelling is the most natural way for us humans to communicate. Not unlike ethnography, it’s both a way we find of relating to one another and a way we learn to understand our differences.

When telling a story, you want to hone in on what’s important. Consider, as an example, how you might respond if your friend asked what you did last weekend. If you began with, “I woke up on Saturday morning, rolled over, checked my phone, fell back asleep, woke up, pulled my feet out from under the covers, put my feet on the floor, stood up, stretched…” then your friend might have stopped listening by the time you get to the really good stuff. Your scope is too broad, so you’re including details that distract or bore your reader. Instead of listing every detail in order like this:

Figure 2. A Story doesn’t need to include every detail in order.

… you should consider narrowing your scope, focusing instead on the important, interesting, and unique plot points (events) like this:

Figure 3. Pick out the most interesting and relevant pieces of a story to keep it engaging.

You might think of this as the difference between a series of snapshots and a roll of film: instead of twenty-four frames per second video, your entire story might only be a few photographs aligned together.

It may seem counterintuitive, but we can often make more impact by digging into a few moments or events rather than trying to relate every idea or event.

The order of the events and the amount of time you give to each event, respectively—will determine your reader’s experience. There are an infinite number of ways you might structure your story, and the shape of your story is worth deep consideration. Although the traditional forms for narrative sequence are not your only options, let’s take a look at a few tried-and-true shapes your plot might take.

You might recognize Freytag’s Pyramid from other classes you’ve taken:

The typical components include:

This narrative shape is certainly a familiar one. Many films, TV shows, plays, novels, and short stories follow this track. But it’s not without its flaws. What assumptions does it rely on? How might it limit a storyteller? Sometimes, writers want to start the story where the story starts—often, steps A and B in the diagram above just delay the most descriptive, active, or meaningful parts of the story. If nothing else, we should note that Freytag’s pyramid is not necessarily the best way to tell your story, and definitely not the only way.

Another classic technique for narrative sequence is known as in medias res–literally, “in the middle of things.” As you map out your plot in pre-writing or experiment with it during the drafting and revision process, you might find this technique a more active and exciting way to begin a story.

In the earlier example, the plot is chronological, linear, and continuous: The story would move smoothly from beginning to end with no interruptions. In medias res instead suggests that you start your story with action rather than exposition, focusing on an exciting, imagistic, or important scene. Then, you can circle back to an earlier part of the story to fill in the blanks for your reader. Using the previously discussed plot shape, you might visualize it like this: 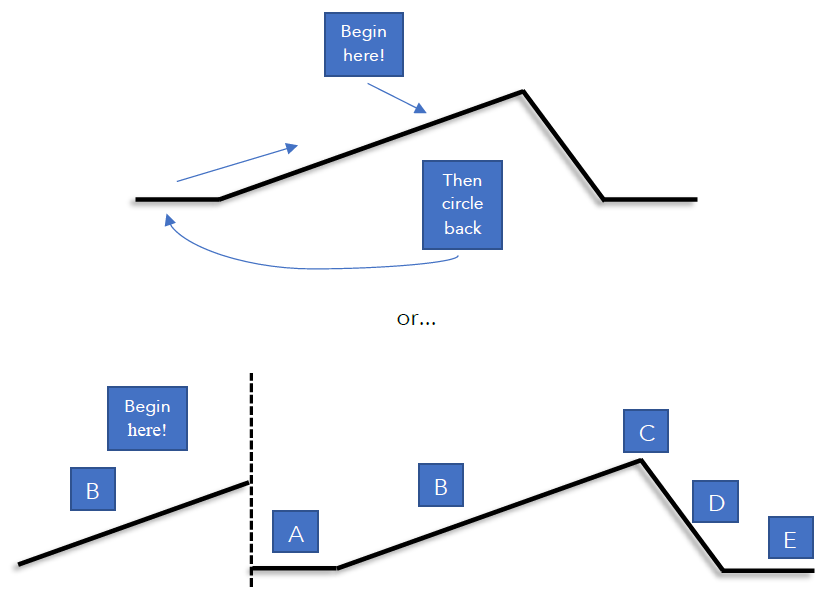 Figure 5. Stories can also start in the middle of the action.

You can experiment with your sequence in a variety of other ways, which might include also making changes to your scope: instead of a continuous story, you might have a series of fragments with specific scope (like photographs instead of video).  Instead of chronological order, you might bounce around in time or space, or in reverse. Some narratives reject traditional narrative sequences altogether.

For example, consider how this story starts:

You’ll find narrative useful in an essay when you want your reader to identify with your perspective or with the view taken by one of your characters or subjects. Documentary filmmaking is full of narrative examples: People tell us the story of what happened as if they were witnesses, even if the event happened many years before they were born. It’s an effective technique because the filmmaker weaves a tale for us through each narrator.

You can take a similar approach in writing, laying out the facts of a story interspersed with first-person perspectives. Or you might, as Mead did, offer your reader insight into your own thought process as you came to understand the concept or event.

Satire can be a particularly effective form of narrative, exemplified by the novels Animal Farm and Gulliver’s Travels. Satire works to expose the defects in an idea or society by telling a fictional tale of a different social group. Fictional characters stand in for real people or play out social ideas, usually political in nature.

Narratives can be factual or fictional, depending on the writer’s purpose. The writers of factual stories try to recount events as they actually happened, but writers of fictional stories can depart from real people and events because the writers’ intents are not to retell a real-life event. Biographies and memoirs are examples of factual stories, whereas novels and short stories are examples of fictional stories. And the line between fact and fiction is often purposefully blurry, again depending on the writer’s purpose.

You could think of a narrative essay as a short story. It’s called an essay, but many narrative essays are really just short stories. If you are using narration as the primary strategy in writing a paper, you will use some semblance of the following format:

Your opening in a narrative essay does not need to be a description of the event you will be discussing or an explicit outline of the reason(s) you’re examining it. Instead, try to hook your readers and think about why should they should be interested.

You will divide the event into smaller events and give each of these smaller incidents a paragraph. These will be simple explanations of what happened when, though in a more complex essay you might include reasons for each event and comparisons to another, more current circumstance. Accounts by historians, witnesses, or thought leaders can be woven into the narrative to strengthen the perspective you’re offering or to offer the possibility of another perspective, in an effort to provide an objective report.

You’ll want to make each portion of the narrative interesting to the reader, so use literary devices like suspense, imagery, verisimilitude, and surprise, perhaps along with a little humor, if appropriate, to keep your audience engaged.

You don’t need to hit your reader over the head a summary of the event and the reason(s) for examining it. You may or may not decide to end with some explicit ideas about how this event is relevant to the reader and to the world at this time.

The checklist for a narrative essay:

What are the main ingredients of a narrative? A narrative

sTART WITH THE STORY

Sometimes, it’s easier for students to write the story and then go back and make sure that the essay follows the proper essay format.

After you have completed your story, read it to yourself. Is there any particular moral or idea that the story is demonstrating?  If so, you may decide to use that idea in your thesis statement.

For example, consider the topic of going back to school. You may approach it in this way:

Once you have the story down, you read your paragraphs about going back to school, and then you realize how much having a college education will improve your financial situation. This allows you to create your thesis, and go back to form the introduction. In this case, you decide that your thesis is “After careful consideration, I have decided that returning to school is an important step toward improving my financial outlook.”

Whether or not you include that explicit thesis in your narrative will depend on the requirements of the assignment and your skill as a writer. Often, in narrative writing, our goal is to show, not tell, the reader the point of the story!

Here you can see a traditional or typical sample narration essay from a beginning writing class. In this assignment, the student was asked to write a brief literacy narrative, a narrative essay that focuses on the author’s experiences with reading and/or writing. In this narration essay, the author focuses on reading books and follows MLA guidelines.