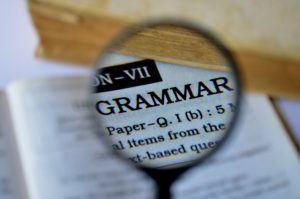 Figure 1. Analyze your own writing to identify in which areas your grammar mistakes most commonly occur.

Writers tend to make their most obvious errors in the areas below. When we edit for grammatical errors, we need to be able to find these mistakes as readers. You might also see these errors when somebody else reads your papers. What do they mean?

This is a common mistake that a peer responder or a teacher may write in the margins. This can usually be addressed by identifying each subject and verb in a sentence. You can ignore the other words in the sentence and your goal is to make certain subjects and verbs match in number and sound.

Who does he refer to? It isn’t clear. A pronoun should clearly refer to its antecedent (the word it replaces), so if the antecedent is not clear, you need to revise. Here’s an example of how you might correct the pronoun reference error:

You want to be sure that you are always consistent with your verb tense. When you shift verb tenses for no reason, and this is an easy mistake to make, you can really confuse your readers.

Here is what a corrected version of the sentence looks like:

It’s important to check verbs both for consistency and context.

Have you ever had a teacher say, “That sentence starts one way and ends another”? If you have, don’t feel badly. Others make this same mistake all the time. Sometimes, we simply lose our train of thought when we write, and we literally start a sentence one way and end it another, as illustrated in the following example:

It’s tough to make sense of this sentence, right?

Of course, this is not the only faulty sentence structure error you might make. It’s important to pay close attention to your sentence structure to make sure you have both a subject and a verb. And, if you are listing items or phrases in a sentence, make sure you keep the items in your list in the same form. Doing so keeps your sentences “parallel,” which is a good thing.

Here is an example of a sentence without parallel structure:

In the sentence above, breakfast is a noun, and exercising and checking begin verb phrases. The items in the list are not in the same form. Here is a correction where the items listed are in the same form:

You can address run-ons and fragments by identifying subjects and verbs. Sentence length can sometimes be a clue in helping you identify sentences that are too long.

Apostrophes give many writers a lot of trouble. Sometimes, you might be tempted to put an apostrophe where it does not belong, such as when you are simply making a word plural. Other times, you need to make a word possessive, but you might forget to use the apostrophe.

Then, of course, there is that whole its / it’s thing that confuses most everyone. Remember, the rule is to use an apostrophe when you need to show possession or ownership. The exception is with its.

Its shows ownership because it’s means it is. So, it’s like it’s is already taken, so its gets to be an ownership exception. To make sure you are using It’s correctly, just say it is when you read it. If it makes sense, you’re fine. However, if you’re trying to show ownership, and it is would not work in the sentence, you need to make the change to its. Otherwise, you might end up with a sentence like this:

Writers often also have trouble with some commonly confused terms.  The chart below briefly describes a few.

Readers prefer sentences constructed with the active voice because they are more concise and direct. Consider the following revisions:

In both cases, the writer was able to eliminate the “be” verb (is, are, was, were), and the active sentences are less wordy.