For the most part, we write paragraphs without a specific method or plan of organization. When you sit down to write, you don’t usually tell yourself, “I am going to write eight paragraphs that are four sentences long each.” Effective and mature writing is more organic.

Applying logic and structure to paragraphs comes often in the revision stage. When you have completed a draft, one way to tackle organization and coherence in your revision is to study the logic and construction of individual paragraphs.

There are plenty of ways to classify these systems of logic and structure, but we’re going to look at four: rank order, spatial, chronological, and general to specific.[1]

Paragraphs can be organized to build toward a main point, with the most important part of the message coming at the end. This last point is sometimes the key/topic sentence, but not always. This method of organization is useful in building up to a problem or claim that will be further developed in later paragraphs. Read the following example from The Future of Road-making in America (1905):[2]

In this problem, as in many, the most important phase is the one most difficult to study and most difficult to solve. It is as complex as human life itself. It is the question of good roads as they affect the social and moral life of our rural communities. It is easy to talk of bad roads costing a half billion dollars a year—the answer should be that of Hood’s—”O God! that bread should be so dear, and flesh and blood so cheap.” You cannot count in terms of the stock exchange the cost to this land of poor roads; for poor roads mean the decay of country living, the abandonment of farms and farm-life, poor schools, poor churches, and homes stricken with a social poverty that drives the young men and girls into the cities. You cannot estimate the cost to this country, in blood, brain, and muscle, of the hideous system of public roads we have possessed in the decade passed. Look at any of our cities to the men who guide the swift rush of commercial, social, and religious affairs and you will find men whose birthplaces are not preparing another such generation of men for the work of the future.

This section of the book is making the case for more road construction in rural areas. One of the author’s primary claims is that a lack of road infrastructure causes people to migrate to cities. The final sentence of the paragraph is the most rhetorically powerful expression of the writer’s message.

As New Jersey contains a great variety of soils, there are many conditions to be met with in road construction. The northern part of the state is hilly, where we have clay, soft stone, hard stones, loose stones, quicksand, and marshes. In the eastern part of the state, particularly in the seashore sections, the roads are at their worst in summer in consequence of loose, dry sand, which sometimes drifts like snow. In west New Jersey, which comprises the southern end of the state, there is much loose, soft sand, considerable clay, marshes, and low lands not easily drained.

In this chapter, the writer describes road construction and maintenance in New Jersey. It makes sense to start off by describing the physical geography of the state. Based on this spatial description, I would probably be able to draw a topographical map of New Jersey with some degree of accuracy.

Just like you would describe physical appearance using spatial paragraph organization, you would describe sequential events chronologically. If you were writing a paragraph about all the things you ate on Tuesday, it makes sense to start with breakfast and end with your midnight snack. Take a look at the following example:

In the year 1900 object-lesson roads were built under the direction of the Office of Public Road Inquiries near Port Huron, Saginaw, and Traverse City, Michigan; Springfield, Illinois; and Topeka, Kansas. Since that time the object-lesson roads so built have been extended and duplicated by the local authorities without further aid from the government. The people are so well pleased with the results of these experiments that they are making preparations for additional extensions, aggregating many miles. During the year 1901 sample object-lesson roads were built on a larger scale in coöperation with the Illinois Central, Lake Shore, and Southern railroad companies, and the National Association for Good Roads in the states of Louisiana, Mississippi, Tennessee, Kentucky, Illinois, New York, North Carolina, South Carolina, Alabama, and Georgia. In all of these cases the cooperation has been very hearty on the part of the state, the county, and the municipality in which the work has been done, and the results have been very satisfactory and beneficial.

This paragraph describes a sequence of events beginning in 1900. In this case, it wouldn’t make sense to describe what happened in 1901 before what happened in 1900. Of course, there are cases where you might use a reverse chronological method for organizing a paragraph. Rarely, however, would you organize a paragraph starting with the events of 1901, followed by the events of 1900 and 1902.

A good metaphor for the general to specific method of organizing a paragraph is the top part of an hourglass. The top of the hourglass has a lot of sand, but only a small amount of sand passes through the middle. Consider the following example: 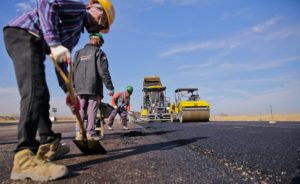 Figure 1. In this example, the writer begins by addressing a broad issue, before gradually narrowing the focus to something more supportive of the thesis.

All the important roads in the United States can be and doubtless will be macadamized or otherwise improved in the not distant future. This expectation should govern their present location and treatment everywhere. Unless changes are made in the location of the roads in many parts of this country it would be worse than folly to macadamize them. “Any costly resurfacing of the existing roads will fasten them where they are for generations,” says General Stone. The chief difficulty in this country is not with the surface, but with the steep grades, many of which are too long to be reduced by cutting and filling on the present lines, and if this could be done it would cost more in many cases than relocating them.

The writer begins by claiming that all roads in the U.S. can be improved. He gradually narrows this focus to state at the end of the paragraph that the main focus of this improvement should be dealing with the specific issue of steep grades on existing roads.

Read the following paragraph from The Commentaries of Caius Julius Caesar:[3] and answer the question below about its logic and structure.

All Gaul is divided into three parts, one of which the Belgae inhabit, the Aquitani another, those who in their own language are called Celts, in ours Gauls, the third. All these differ from each other in language, customs and laws. The river Garonne separates the Gauls from the Aquitani; the Marne and the Seine separate them from the Belgae. Of all these, the Belgae are the bravest, because they are farthest from the civilization and refinement of [our] Province, and merchants least frequently resort to them and import those things which tend to effeminate the mind; and they are the nearest to the Germans, who dwell beyond the Rhine, with whom they are continually waging war; for which reason the Helvetii also surpass the rest of the Gauls in valor, as they contend with the Germans in almost daily battles, when they either repel them from their own territories, or themselves wage war on their frontiers. One part of these, which it has been said that the Gauls occupy, takes its beginning at the river Rhone: it is bounded by the river Garonne, the ocean, and the territories of the Belgae: it borders, too, on the side of the Sequani and the Helvetii, upon the river Rhine, and stretches towards the north. The Belgae rise from the extreme frontier of Gaul, extend to the lower part of the river Rhine; and look towards the north and the rising sun. Aquitania extends from the river Garonne to the Pyrenaean mountains and to that part of the ocean which is near Spain: it looks between the setting of the sun and the north star.

Since paragraph structure essentially “punctuates” an essay or other piece of writing, if your paragraphs do not make sense, or don’t fit together in a way that makes sense, your reader will have a hard time following your message.

There’s no right or wrong way to revise a paragraph for logic or structure. The sections you just read about topic sentences, logical organization methods, and transitions provide a good roadmap, but there is no formula for fixing paragraphs.

Take a look at the paragraph below and click the hotspots to see our suggestions for revising it.

See if you can give a hypothetical student some revision advice. Read the paragraph excerpt below and choose the best feedback from the options given.