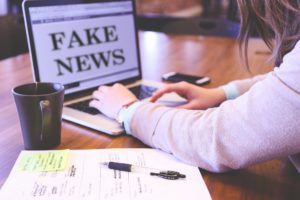 Figure 1. Identifying logical fallacies is important as you analyze the credibility of the author and his or her argument.

When you evaluate an argument for logical fallacies, you consider what elements of the argument, if any, would cause an audience to believe that the argument is illogical or inappropriately manipulative. If you determine that these fallacies have been committed, you should question the credibility of the author and the legitimacy of the argument. If you employ these fallacies when making your own arguments, be aware that they may undermine or destroy your credibility.

Read the following passage and note where you see logical fallacies.

Passage: against the smoking ban

The University of Mississippi recently passed a policy banning smoking on campus. I am a smoker, and I have a lot of friends who are smokers, and we all agree that this policy should be overturned. This policy is framed in terms of health outcomes and promoting individual well-being, but the University has not instituted policies regarding many other behaviors related to health, such as exercising. Furthermore, the University does nothing to sanction other forms of air pollution, such as automobile exhaust.

Smoking is a right, and Americans have rights, so the smoking ban is wrong. What’s next? Will we ban potato chips and Cokes on campus? Will we force-feed broccoli and carrots to first-year students? People eighteen years old and up are adults and have the ability to make their own decisions regarding their health and habits. The policy also states, “All members of the university community share in the responsibility for adhering to and enforcing this policy.” That type of language asks students and faculty to be informants against each other.

A college campus is a place for free expression of ideas and behaviors. It’s simple: either we are a freedom-loving campus or we aren’t. I choose freedom, and I believe all of America’s veterans would agree with me. Perhaps the Chancellor has an ulterior motive for instituting the ban and is using smokers as a scapegoat.

Each question below will show you a section from the passage. Decide which logical fallacy best applies to the statement, or select “no fallacy.”

Let’s take a look at a hypothetical assignment to see if we can help Mateo to spot fallacies in his research. This is the assignment:

For our next project, you will be required to write an argumentative essay on a topic of your choice. Ideally, your topic should be related to your major, as this will give you an opportunity to explore issues you are interested in.

You must choose at least a relatively controversial issue because I want you to really investigate controversy and disagreement.

Your final essay should include at least six outside sources. Remember to look for sources that are credible and logical.

Mateo is a nursing major and has thought about what he might like to explore for his essay. He has decided he wants to write about the obesity epidemic in America.

His instructor is requiring some outside sources and Mateo has learned about the different kinds of sources he can use and what kinds of logical fallacies he should be aware of as he looks for quality, credible sources.

Mateo is ready to see if he can find the kinds of sources he needs and to make sure his sources avoid the logical fallacies. If Mateo uses sources that contain logical fallacies, he knows his credibility will be affected.

Mateo found a documentary on obesity in America. He is not sure about its credibility, however, as he heard one person in the documentary say this:

“As individuals, we need to address obesity. Since 1 in 3 Americans is expected to be obese in the coming years, Americans will be facing horrible, painful, difficult deaths associated with diseases caused by obesity.”

“Hmm… This might be true, but it feels like this source is really focusing a lot on the horrible deaths.

I learned that the appeal to fear fallacy is one where a person is making a claim that is meant to be purposefully fearful and is usually exaggerated. I’m sure there can be some painful deaths associated with this disease, but I feel like it’s exaggerated here.

I think this might be an appeal to fear fallacy.”

Mateo found a blog post from a person who seems to be a doctor. The doctor seems to have the right credentials, but Mateo read this and had some questions.

“Because children spend so much time playing video games, it is inevitable that they will become obese.”

“I know for sure this issue is much more complicated than this. I’ve read some sources that point to things like the amount of sleep children get and the processed foods they often eat. I don’t think you can say playing video games will result in obesity. Just because some children who play video games are obese, doesn’t mean playing video games causes the problem.

This seems like a hasty generalization fallacy to me.”

Mateo found another documentary that looked interesting. In the documentary, one of the experts had this to say about the causes of obesity in America.

“It’s plain and simple. The obesity crisis is caused by too much food or too little exercise—or both. There’s not a lot of in between here.”

“Since I’ve read information that says the obesity crisis may be more complex, I’m worried about the oversimplification here. It seems like we’re getting an “either-or” choice here, but there could be other causes.

I think this is a false dilemma fallacy.”

In one magazine article, Mateo found some information with an interview from a nutritionist who was making an argument that the chemicals and sugars put into processed foods were designed to make people eat more and would cause people to gain weight quickly. Later in the article, another expert disagreed and said this about the nutritionist:

“Basically, this idea gives people a pass. This nutritionist is saying it’s not your fault if you are obese that you have no responsibility in the matter. It’s not all the food companies’ fault.”

“I feel like both sides make a good point, but the expert who disagreed really seemed to distort what the nutritionist was saying. The nutritionist didn’t seem to be saying it is all the food companies’ fault, just that things may be more complicated here. It feels like the second expert is really twisting the first argument.

I think this is a straw man fallacy, so I’ll be careful what I use from this source.”

Mateo found a helpful website that presented a lot of different sides to the issue. This seemed great, but he noticed he would have to be careful about what he used because some of the “experts” quoted on the site were not presenting themselves in a credible way. One expert had this to say:

“The health ‘experts’ who point to processed foods as the root cause of this epidemic are missing the point and really are no better than the wacko ‘experts’ who tell us one minute that wine is good for us and the next minute it isn’t.”

“Wow! I was surprised to read an “expert” on this site essentially calling some people who have a different opinion on this issue “wackos.” This is a real concern and is a classic logical fallacy. This person does not address the issue and just calls those who disagree names.

This seems like an ad hominem fallacy. It’s clearly a personal attack against someone and does not address the issue.“

Mateo conducted a personal interview with someone he thought might be a good resource, at least for one aspect of the debate. He interviewed a local activist who was working to bring local fruits and vegetables to poorer families in his community. This interview would provide an important perspective for his argumentative essay. However, he was worried when, at the end of the interview, the activist seemed to lose his focus and go off on a tangent.

“If we don’t fight against the big food companies and big agriculture, there is no telling where we might end up. If we keep going the direction we are going, we will end up with no choice, and pretty soon, we could have no food. When you are that specialized, you are just one step away from a blight that could lead to food shortages everywhere in the U.S.”

“I really liked a lot of what this activist was saying, and it seems like he is doing great work to help bring local, fresh food to families who need it. But, I wonder about his logic in the last part of the interview. I understand that big agriculture is causing some problems, but this activist provided no evidence for this really big claim that one thing would lead to another, and we would have no food.

This feels like a slippery slope fallacy to me. I don’t think I should make that claim in my own essay. It’s doesn’t make good sense.”

Mateo found one more source. This was another documentary a friend had recommended on the issue of obesity in America. The documentary was interesting and made some good points, Mateo thought. But, parts of it felt a little too “conspiracy theory” like, and Mateo wasn’t sure if he could really use this source. The narrator at one point said this about finding solutions to the obesity epidemic:

“I definitely understand the concern about how our government officials take campaign contributions from the very companies we need to regulate, but can you really say all government officials are taking money from these “evil” companies? I really need to see some evidence. This claim feels like a logical fallacy.

I need to look into this more. So, I can’t trust a claim that doesn’t address the issue and simply sidesteps by associating someone with someone I might have doubts about. When someone is making a claim about another person by associating that person with someone who is “bad” in some way or someone the audience wouldn’t like, that is a guilt by association fallacy.”

Test your ability to spot logical fallacies in the following exericse.