You may have heard that it is best to use active verbs when you write. What does that mean? The active voice emphasizes the person or thing doing the action in a sentence. For example, here is a sentence that uses the active verbs: The outfielder throws the ball. The subject, “outfielder” actively performs the action of the verb “throw.”

If you wrote the same sentence in the passive voice, it would emphasize the recipient of the action. In other words, something is being done to something by somebody: The ball was thrown by the outfielder. While the passive voice has a place, particularly in some subjects like the sciences and social sciences, its overuse can result in writing that is wordy, vague, and stuffy. When possible, use the active voice to convey who or what performs the action of the verb.

In the simplest terms, an active voice sentence is written in the form of “A does B.”

A passive voice sentence is written in the form of “B is done by A.”

Both constructions are grammatically correct, but active voice is a more powerful sentence construction for most academic writing. Let’s look at a couple more examples of the passive voice:

You may have noticed something unique about the previous two sentences: the subject of the sentence is not the person (or thing) performing the action. The passive voice “hides” who does the action. Despite these sentences being completely grammatically sound, we don’t know who hit “me” or what struck the car.

If these sentences used an active voice, they could read:

These two active voice sentences are more specific, and you get a bit more information as a reader.

The zombie survival guide was grabbed by Amy.

Can you see how these sentences are different? In the first sentence, the verb grabbed is active because its subject, Amy is the doer or agent. Amy did the grabbing.

In the second sentence, was grabbed is passive because it describes an action done to its subject, guide. The doer of the action, Amy, is now the object of the preposition by. Amy comes last here, almost as if she is an afterthought instead of the important doer of the grabbing or agent of the action.

We want to use active verbs whenever possible as they allow us to express ourselves clearly, succinctly, and strongly. Active verbs imply that we are confident with what we’re saying; we believe in our words. Looking back at the two sentences, we can see that the first one uses fewer words and offers no ambiguity about who did the action. The latter sentence is wordy and does not directly address Amy.

Are the following sentences in the active or passive voice? How can you tell? 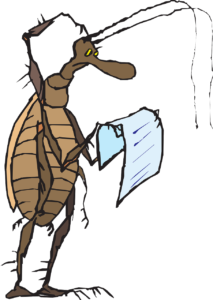 Figure 1. Be careful when using the passive voice- it can sometimes create confusing sentences that are difficult for the reader to follow.

As we’ve mentioned, the passive voice can be a shifty operator—it can cover up its source, that is, who is doing the acting. Let’s take a look at some examples:

It’s this ability to cover the actor or agent of the sentence that makes the passive voice a favorite of people in authority, such as politicians, who want to obscure their agency (as if the town wasn’t responsible for collecting the taxes). At any rate, you can see how the passive voice can cause wordiness, indirectness, and comprehension problems.

Note that passive voice is sometimes appropriate to use, particularly in the sciences when the doer of the task is unimportant. For example, in a science lab, the passive voice makes sense when writing:

Don’t get the idea that the passive voice is always wrong and should never be used. It is a good writing technique when we don’t want to be bothered with an obvious or too-often-repeated subject and when we need to rearrange words in a sentence for emphasis. For most of your academic writing, however, your instructors will recommend the active voice.