Why It Matters: The Writing Process—Revising and Proofreading

Why learn to revise and proofread your writing? 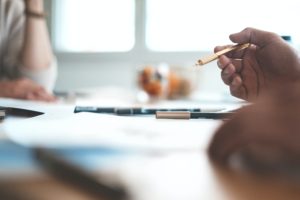 Writers sometimes think that by deleting a few words or fixing some spelling errors as they draft, they have engaged in revision. Let’s take a minute to think about the word “revision” which contains the prefix “re” (meaning again) and “vision” (the ability to see). When you engage in revision, you are quite literally “seeing again.” You are seeing the draft anew and rethinking it. Revision pushes writers to re-engage with content, structure, and style. It is time-consuming and labor-intensive, but the reward is worth the effort.

Revising a written document sometimes closely resembles the multiple drafting stage of the writing process. The main difference between drafting and revising probably lies within the completeness of the document itself. Rough drafts are characterized by varying degrees of completeness, which the writer attempts to finish in a less-than-polished manner. These rough drafts are akin to an unformed block of stone into which the artist is chiseling an image that is not yet fully recognizable to the audience.

Revised drafts are based upon a completed rough draft that now needs to be chiseled into a fully recognizable work of art. During the revising stage, the chiseled image becomes clearer, more developed according to the controlling thesis, and less defined by unnatural, awkward angles. However, the ultimate task of the revising stage is to make that recognizable but still ill-defined image into a beautiful work of art. In this module, we’ll learn about techniques and strategies to help you revise, edit, and proofread your paper so that it becomes a polished piece.