Cause and Effect Essays

Cause and effect is the relationship between two things when one thing makes something else happen. For example, if we eat too much food and do not exercise, we gain weight. Eating food without exercising is the “cause;” weight gain is the “effect.” There may be multiple causes and multiple effects. Looking for the reason why things happen (cause/effect) is a basic human drive. So, understanding the cause/effect text structure is essential in learning the basic ways the world works. Writers use this text structure to show order, inform, speculate, and change behavior. This text structure uses the process of identifying potential causes of a problem or issue in an orderly way. It is often used to teach social studies and science concepts.

Breaking Down Cause and Effect Assignments

Sometimes writing prompts include signal words that show cause/effect relationships, such as: because, so, so that, if… then, consequently, thus, since, for, for this reason, as a result of, therefore, due to, this is how, nevertheless, and accordingly. 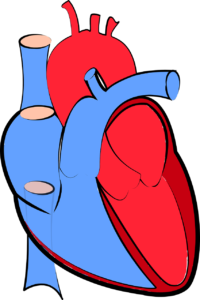 Figure 1. What are some known causes of heart disease? How would you format a cause and effect assignment based on this topic?

Cause and effect writing prompts will often ask the “why” question:

Sometimes they use words like analyze, connection, or relationship:

Other prompts may ask you to explain the cause and effect relationship. Look for the verb explain as a signal word so you answer the prompt correctly.

Depending on the assignment, you may be asked to look for different kinds of cause/effect relationships:

Let’s look at some examples:

Step 2: Look for the signal words that show cause-and-effect relationships.

Step 3: Look for effects that are also causes. Effects can form a chain in which one effect goes on to cause a second effect, which may then cause a third effect and so on. Study this example:

When people cut down trees to clear land, they destroy the habitats of birds. This reduces the number of nest sites. As a result, fewer baby birds are hatched, and the bird population declines.

Formatting Cause and Effect

Cause/effect paragraphs generally follow a basic paragraph format. That is, they begin with a topic sentence and this sentence is followed by specific supporting details.

For example, if the topic sentence introduces an effect, the supporting sentences all describe causes. Here is an example:

In recent decades, cities have grown so large that now about 50% of the Earth’s population lives in urban areas. There are several reasons for this occurrence. First, the increasing industrialization of the nineteenth century resulted in the creation of many factory jobs, which tended to be located in cities. These jobs, with their promise of a better material life, attracted many people from rural areas. Second, there were many schools established to educate the children of the new factory laborers. The promise of a better education persuaded many families to leave farming communities and move to the cities. Finally, as the cities grew, people established places of leisure, entertainment, and culture, such as sports stadiums, theaters, and museums. For many people, these facilities made city life appear more interesting than life on the farm, and therefore drew them away from rural communities.

Notice how each supporting sentence is a cause that explains the effect mentioned in the topic sentence. In the chart below are the main ideas of the above paragraph, to help you understand the relationships better:

Notice also how the topic sentence is followed by the “focusing” or “prediction” sentence, “There are several reasons for this.” Such sentences help the reader anticipate the organization of the paragraph or essay.

Writing Workshop: Cause and effect

Open your Working Document and find the heading “Cause and Effect.”

Try it the other way.

What effect might be indicated by the three causes below?