Often in research essays, you will be asked to use “scholarly” or “academic” sources. You can tell from these terms that these sources probably come from experts, but what really distinguishes an academic source from other types of sources? 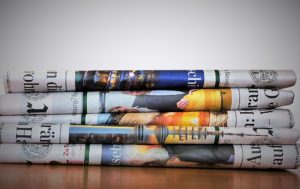 Figure 1. Which news outlets do you usually get your information from? Who do you think their intended audience is?

As you can see, these definitions focus on the audience of a source. This is a good place to start when identifying sources: asking, “Who is this source written for?”

These definitions distinguish between popular and scholarly sources by looking at three factors: audience, author, and purpose. This provides a helpful framework for you to identify and understand scholarly sources. When approaching a source you are unsure about, you can begin with the following questions:

The three examples below contain one scholarly source and one popular source each, both of which are focusing on the same topic. These three examples show you how scholarly writing looks in three academic disciplines (subject areas): science, social science, and literature.

Life cycle assessment is a powerful scientifically robust approach for environmental analyses to compare between systems. Life cycle assessment of food has been conducted, however, not considering all food choices. This is the first time global inventory datasets of all food choices are investigated for rigorous life cycle impact characterisations in 15 environmental impact categories. These highly granular results are normalised into four comprehensive environmental damage categories, i.e., resource depletion, climate change, ecosystem degradation, and human health. The analyses carry strong evidence that a diet shift towards plant-based is a necessity, not only to mitigate climate change impact, but also to mitigate impacts on human health, ecosystem, and finite primary resource available on earth. Thus, the analyses presented in this section justify the deep investigation of the plant-based protein extraction methodologies applying the circular economy and industrial symbiosis principles.

Source B: “My Thoughts on Veganism…And Why I’m Not Vegan”

When we zoom way out to look at the 21st century human’s relationship to food, whether vegan or not, we see that we are part of an extremely globalized and industrialized agricultural system. This very system encompasses factory farming, of both animals and plants, and is the source of an incredible amount of destruction to our Earth and the species we share the earth with.

That is a perspective that many vegans have. But the perspective that many of them may not have is that veganism is a product of this very industrialized and globalized food system. I have searched for examples of vegans who are largely independent of this system and I have come up with just a very few isolated examples. On the other hand, there are countless examples of people and societies that use and eat animals that are completely or largely independent of this destructive system.

Source A: “Determinants of Internet Addiction among Adolescents: A Case Control Study”

IA has been proposed as a novel entity relating to behavioral addictive patterns of online and/or offline computer use similar to those belonging within the spectrum of impulse-control disorders. IA encompasses an uncontrollable use of the Internet, which is markedly distressing, time-consuming, and/or resulting in social and/or functional difficulties, and not solely present during hypomanic or manic clinical episodes. In particular, to date, the proposed criteria for IA include the presentation of at least five of the six following criteria: (1) spending an increasing amount of time online, (2) failure to reduce use with concomitant feelings of restlessness and depression, (3) staying online longer than originally intended, (4) running the risk of losing a relationship or other opportunities due to Internet use, (5) lying to conceal the extent of Internet use, and (6) using the Internet in order to escape negative feelings.

On a pound-for-pound basis, the average World of Warcraft junkie undoubtedly represents a much less destructive social force than the average meth head. But it’s not extreme anecdotes that make the specter of Internet addiction so threatening; it’s the fact that Internet overuse has the potential to scale in a way that few other addictions do. Even if Steve Jobs designed a really cool-looking syringe and started distributing free heroin on street corners, not everyone would try it. But who among us doesn’t already check his email more often than necessary? As the Internet weaves itself more and more tightly into our lives, only the Amish are completely safe.[1]

“Reading Kindred as a sample of postcolonial African American literature is founded on Susan VanZanten Gallagher’s argument that postcolonial writing “emerges from people who were colonized by European powers, now have some form of political independence, but continue to live with the negative economic and cultural legacy of colonialism” (4-5). There is a specific arrangement in the way Dana’s episodic time-travels begin and end. Every time she transcends to her past, she suffers from dizziness and momentarily loses control over her cognizance. In order to come back to reality, she undergoes some form of extreme physical pain. Dana also becomes more and more aware of the legacy of colonialism as her own behavioral pattern changes upon witnessing scenes of violence at the Weylin plantation.

Source B: “Reckoning with the Past in Octavia Butler’s Kindred”

Octavia E. Butler’s masterpiece of a novel Kindred, first published in 1979, tells the story of Dana, a black woman living in Los Angeles who finds herself swept back in time to a Maryland plantation before the Civil War. Often classified as science fiction because of Butler’s other work in the genre, Kindred incorporates a number of literary influences, from fantasy to historical fiction. Butler’s use of the time travel element in particular allows Butler to explore the lives of enslaved people with remarkable insight, creating a clear dialogue between the norms of the antebellum South and Dana’s life in the 1970s.[2]

Choose whether the following sentences are from a popular or scholarly source:

1. Write a summary of the excerpt’s main idea in your own words. How long did it take you to comprehend and summarize the material? Did you have to look up any words, reread any sentences, etc.?

2. How would you describe the language used in the excerpt?

3. How would you describe the intended audience of this excerpt? Explain your reasoning using specific references from the text.

4. Write a summary of the excerpt’s main idea in your own words. How long did it take you to comprehend and summarize the material? Did you have to look up any words, reread any sentences, etc.? How did this compare with your experience reading the scholarly source?

5. How would you describe the language used in the excerpt?

6. How would you describe the intended audience of this excerpt? Explain your reasoning using specific references from the text.

7. Reflect on what this activity has shown you about popular vs. academic writing. Why and for what purposes are scholarly and popular sources useful? Answer in around 5-7 sentences.