You might recall that pronouns replace nouns or phrases. Consider this little story:

The box was on the doorstep so I brought it inside. It was surprisingly light. I opened it and discovered that it contained nothing but styrofoam packing peanuts. Then my roommate walked in. He clapped his hands and said: “Ah! There are my packing peanuts! I’ve been waiting for them!”

Click here for a more in-depth explanations of pronouns 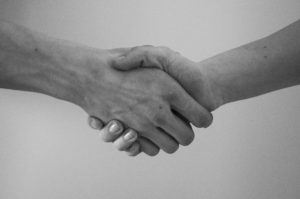 Figure 1. Paying attention to your usage of plural and singular nouns and pronouns will help to ensure that your writing exhibits pronoun-antecedent agreement.

The antecedent as the noun (or phrase) that a pronoun is replacing.

Words like every and nobody are singular, and demand singular pronouns. Here are some of the words that fall into this category:

Some of these may feel “more singular” than others, but they all are technically singular. Thus, using “his or her” is correct in the example above, but so is the usage of the singular “they” in the latter example. How is that? Well, the rules of grammar are constantly evolving.  One of the places we see this is with the use of “they” as a singular pronoun.

A common pronoun agreement error occurs when a writer uses a singular noun like “student” to represent students in general. Then, later, the writer may use they as a pronoun to replace student because the writer means students in general. This often occurs when people try to avoid that structure and use cumbersome word choices such as he/she, he or she, or (wo)men as ther is no gender-neutral singular pronoun in the English language. Using these variations is not preferred, and rewriting the sentence is a better option.

How to rewrite the sentence will depend on which style guide you are using. Both the MLA 8th edition and the APA 7th edition support using the singular they. On the other hand, The Chicago Manual of Style (CMOS) 17th edition does not support using the singular they in formal writing unless the person being discussed prefers they. CMOS recommends rewriting the sentence so that the noun and pronoun both agree.

According to the most recent MLA and APA style guidelines, this is correct. However, according to CMOS, the sentence should be rewritten.

Here is another example.

This is clunky and not recommended. You can rewrite the sentence with the singular they:

Rewritten with a plural subject and plural pronoun:

When in doubt, it is always safe to choose a plural subject so that the pronoun they flows more smoothly (and will be correct in number according to all style guides).

Pronoun reference errors can also be problems for beginning writers because it’s so easy to get in a hurry when you write and forget that you need to think about how clear your writing will be for your audience.

A common pronoun reference error occurs when students write about several different people or things and then use a pronoun later like she or it, but the audience has no idea what she or it refers to.

Here is a simple example to give you an idea about what a pronoun reference error looks like:

Here, the audience wouldn’t be sure which person the writer is referring to. Is it the mother or the aunt?

You want to be careful with your writing and make sure you’re clear and correct with your pronouns. Most of the time, slowing yourself down and working on some careful editing will reveal problems like these which can be easily corrected.

The basic idea behind sentence agreement is pretty simple: all the parts of your sentence should match (or agree). Just as nouns and pronouns need to agree with antecedents, the verbs in a sentence also need to line up with the surrounding text. Verbs need to agree with their subjects in number (singular or plural) and in person (first, second, or third). In order to check agreement, you simply need to find the verb and ask who or what is doing the action of that verb. For example:

If the nouns are in phrases, you have to pay attention to which noun is the subject of the sentence. To make verbs agree with their subjects, follow this example:

The subject of the verb is “the time (between the two wars),” not “the two wars,” so the verb has to be singular.

1. First, we’re going to write a very short story (1-2 paragraphs) with no pronouns at all. You can make up the situation yourself, or use one of the prompts below. The main thing is, do not use any pronouns— only nouns (like the story about the box: “The box was on the doorstep so I brought the box inside. The box was surprisingly light. I opened the box and discovered that the box contained nothing but styrofoam packing peanuts.” Note: you can use the pronoun “I” if you want.)

2. Now copy-and-paste your story into a new section of the Working Document. Replace the nouns with pronouns where appropriate, so that the story flows better “The box was on the doorstep so I brought it inside.” Make sure you leave enough antecedents so that your reader knows what’s going on!