What is a Sentence?

This is an incomplete sentence. It contains a verb, but the opening word when tells us that something happens when Kamal reads, but it doesn’t tell us what that something is; we need more information to complete the idea.

This is now a complete sentence, as the whole idea of the sentence has been expressed.

Here’s another example of a super simple sentence:

Of course, lots of real sentences are long and complicated, and that can make figuring out whether they are complete sentences even more tricky. Let’s look at another example:

Is this a sentence? The sentence is about me and my sister. What did we do? Hmm … not so clear. Rearranging the sentence can make the issue even more obvious:

Can you see the issue now? You can simplify the sentence further to make the issue even more clear:

You can see one of the tricks we can employ to see if the sentence is complete is to try to find the core of the sentence and eliminate all the extra bits. Let’s practice.

All Sentences Need a Core 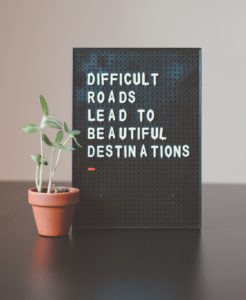 Figure 1. Which part of the above quote would you identify as the “core” of the sentence?

Here’s another way to think about the core of a sentence. Let’s look at some examples that are missing the core.

We need to add the core.

Again, we can remove the extra bit and the core is the same: Asha swims.

How about this example?

We need to add the core.

Okay, that’s confusing, but “Asha swims” still works as the core. It just doesn’t make sense. Let’s switch out swims for another verb – is. “Asha is surviving the virus.” Now, “Asha is surviving” is the core. What is she surviving? That’s extra, not part of the core of the sentence.

Writing Workshop: What is a Sentence?

Open your Working Document to the section “What is a Sentence?”

Let’s take some sentence fragments and turn them into full sentences by adding more to the fragments. You may need to add punctuation as well, which we will be discussing in more detail on the next page.

1. Because I am generally a happy person,

2. Although I love school