Topic 1: To Teach Or Not To Teach

You may find yourself thinking, “What does this really have to do with me?” My answer is: “A Lot”. The examples that are used concerning motivations behind teaching really do occur and with great frequency. In fact, I would like to tell you my story…

When I graduated from high school, I did not know what I wanted to do. I happened to be dating a young man though whose father was very involved in education. Therefore, after I took a semester off, he encouraged me to go to school. I said to him more than once that I was unsure of what to take because I wasn’t sure what I wanted to do. He listened patiently, asked me some questions such as whether I liked children and then suggested that I become an education major. He told me of the positive aspects of teaching such as summers off and the ability to be with family. (Of course, now that I have the ability to look back, I think he realized that if I was going to be his daughter-in-law, he wanted me to be with my children as much as possible… :))

Side note: Although I do have most of the summer off, one should not confuse this with a slack type of schedule; during the school year, teachers are running crazy to be sure they are prepared and that students are meeting the standards they have set.

Anyway, back to my story… I decided to become an education major but knew for sure that I did not want to teach in the area of special education. In fact, I believe that I told my mother I would NEVER teach special education—that I just wasn’t cut out for it. Well… never say never!!!

My husband and I moved to Moscow, Idaho, where he began law school and I decided to take a year off and work. I interviewed as a para-educator for the Moscow School District and got the job. I know my jaw must have dropped when they told me I would be working in a special education placement. Well, in one year, my whole focus changed–I went back to school as a special education major and am still very glad that I did.

You see, the point of my story is that I also fell into the categories listed as motivators for becoming a teacher; I was influenced by family and friends. 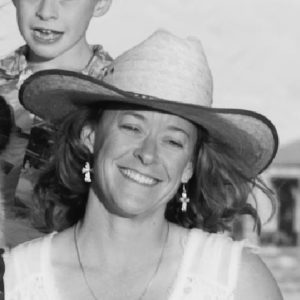 I’m not going to sugar-coat it… I became a teacher for the holidays, vacations and summers off. There, I said it … it’s the truth. I had a corporate job for the first 10 years after college. I was tired of working for only two weeks of vacation a year. After I got married, my husband and I decided the pay cut would be hard but we’d manage. I took a teaching job at a small, rural high school instructing journalism and technology. This would be ideal for our future family, I’d be on the same schedule as my future children. Surely if I can prosper in the business world than teaching would be a cake walk.

More than a decade later, I love teaching now more than when I began. I taught at the rural high school for five years, until my first twin pregnancy. I took a year off, moved from California to Idaho and expected to return to the high school classroom. Life had other plans as a second twin pregnancy changed the course of my teaching career. With four boys under the age of three, I began teaching part-time at the local community colleges. That grew into a full-time gig teaching future teachers. I am so thankful that teaching actually is the perfect career for me. I can’t imagine doing any other job. Do I still love the time off? You bet. I think I appreciate it more than life-long teachers because I know the grind of working 12 months a year. But what keeps me coming back are my students. There is a lot of politics behind the scenes of teaching at any school, at any level. You can choose to become involved or simply focus on your intrinsic motivators. I elect to focus on my students and the subjects I teach. They give me far more than any other extrinsic motivator can provide.

To Teach or Not to Teach?

These educators share their decisions to leave or stay in the career of education. Read these articles and reflect on them. Compare and contrast their decisions. What ideas or questions does this bring up for you?

Here is a link to “Want to Empower Students? Expect More of Them”