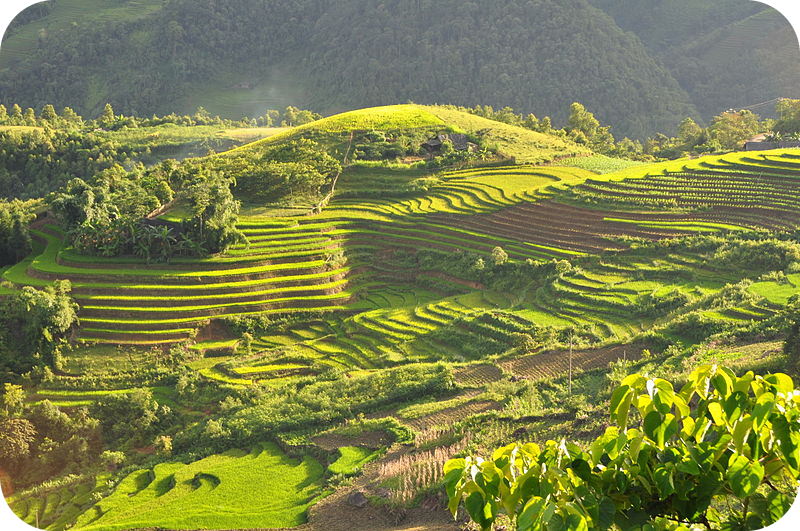 How does the terracing shown in Figure 1 photo prevent soil erosion?

Terracing keeps the soil from moving very far downhill since it will only get as far as the next terrace downhill. Water will also be slowed by the terraces and so will be less able to carry tremendous amounts of soil downhill. Terracing is a great way to preserve soil when farming is being done on hillsides.

Bad farming practices and a return to normal rainfall levels after an unusually wet period led to the Dust Bowl. In some regions more than 75% of the topsoil blew away. This is the most extreme example of soil erosion the United States has ever seen. 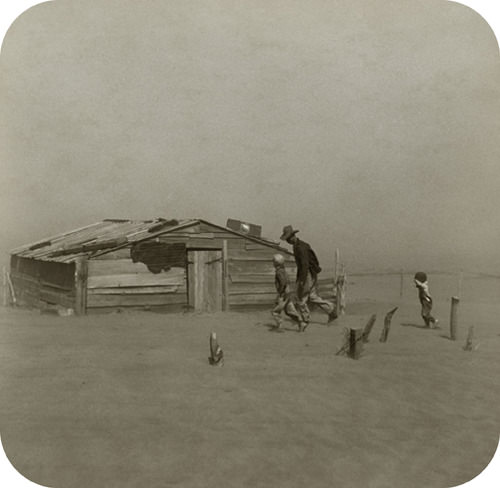 Figure 1. A farmer and his sons walk through a dust storm in Cimarron County, Oklahoma in 1936.

Still, in many areas of the world, the rate of soil erosion is many times greater than the rate at which it is forming. Drought, insect plagues, or outbreaks of disease are natural cycles of events that can negatively impact ecosystems and the soil, but there are also many ways in which humans neglect or abuse this important resource. Soils can also be contaminated if too much salt accumulates in the soil or where pollutants sink into the ground.

One harmful practice is removing the vegetation that helps to hold soil in place. Sometimes just walking or riding your bike over the same place will kill the grass that normally grows there. Land is also deliberately cleared or deforested for wood. The loose soils then may be carried away by wind or running water.

Soil is only a renewable resource if it is carefully managed. There are many practices that can protect and preserve soil resources. 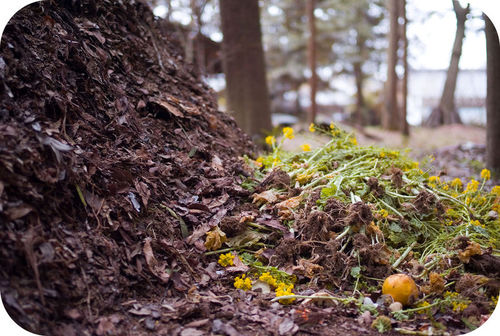 Figure 3. Organic material can be added to soil to help increase its fertility.

Adding organic material to the soil in the form of plant or animal waste, such as compost or manure, increases the fertility of the soil and improves its ability to hold on to water and nutrients (Figure 3). Inorganic fertilizer can also temporarily increase the fertility of a soil and may be less expensive or time consuming, but it does not provide the same long-term improvements as organic materials.

Soil is a natural resource that is vitally important for sustaining natural habitats and for growing food. Although soil is a renewable resource, it is renewed slowly, taking hundreds or thousands of years for a good fertile soil to develop. 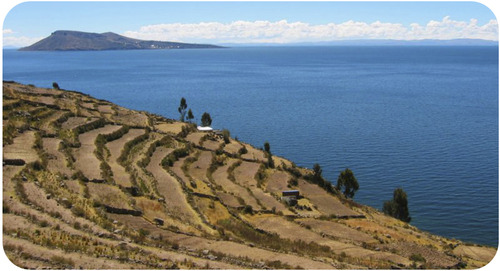 Most of the best land for farming is already being cultivated. With human populations continuing to grow, it is extremely important to protect our soil resources. Agricultural practices such as rotating crops, alternating the types of crops planted in each row, and planting nutrient-rich cover crops all help to keep soil more fertile as it is used season after season. Planting trees as windbreaks, plowing along contours of the field, or building terraces into steeper slopes will all help to hold soil in place (Figure 4). No-till or low-tillage farming helps to keep soil in place by disturbing the ground as little as possible when planting.

The rate of topsoil loss in the United States and other developed countries has decreased recently as better farming practices have been adopted. Unfortunately, in developing nations, soil is often not protected.

The table below shows some steps that we can take to prevent erosion. Some are things that can be done by farmers or developers. Others are things that individual homeowners or community members can implement locally.