Agriculture is probably the most significant activity that accelerates soil erosion because of the amount of land that is farmed and how much farming practices disturb the ground (Figure 1). Farmers remove native vegetation and then plow the land to plant new seeds. Because most crops grow only in spring and summer, the land lies fallow during the winter. Of course, winter is also the stormy season in many locations, so wind and rain are available to wash soil away. Tractor tires make deep grooves, which are natural pathways for water. Fine soil is blown away by wind.

The soil that is most likely to erode is the nutrient-rich topsoil, which degrades the farmland.

Figure 1. (a) The bare areas of farmland are especially vulnerable to erosion. (b) Slash-and-burn agriculture leaves land open for soil erosion and is one of the leading causes of soil erosion in the world.

Grazing animals (Figure 2) wander over large areas of pasture or natural grasslands eating grasses and shrubs. Grazers expose soil by removing the plant cover for an area. They also churn up the ground with their hooves. If too many animals graze the same land area, the animals’ hooves pull plants out by their roots. A land is overgrazed if too many animals are living there. 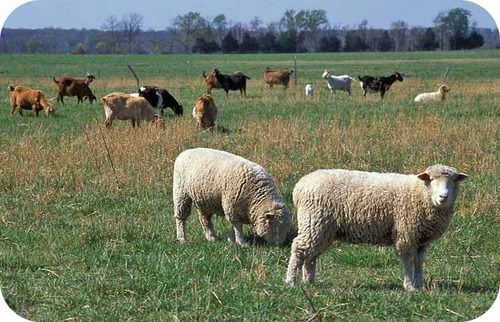 Grazing animals can cause erosion if they are allowed to overgraze and remove too much or all of the vegetation in a pasture. 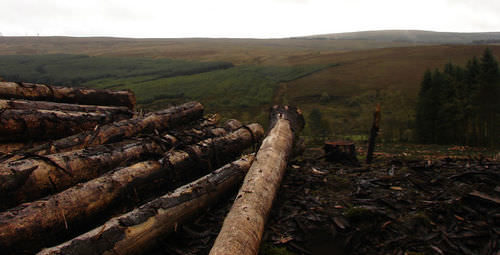 Logging removes trees that protect the ground from soil erosion. The tree roots hold the soil together and the tree canopy protects the soil from hard falling rain. Logging results in the loss of leaf litter, or dead leaves, bark, and branches on the forest floor. Leaf litter plays an important role in protecting forest soils from erosion (Figure 3).

Much of the world’s original forests have been logged. Many of the tropical forests that remain are currently the site of logging because North America and Europe have already harvested many of their trees (Figure 4). Soils eroded from logged forests clog rivers and lakes, fill estuaries, and bury coral reefs. 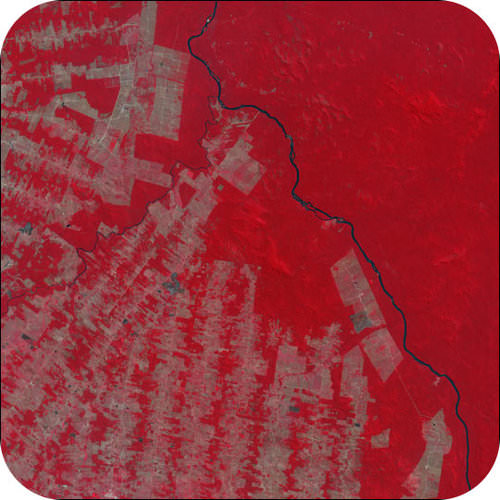 Figure 4. Deforested swatches in Brazil show up as gray amid the bright red tropical rainforest.

Surface mining disturbs the land (Figure 5) and leaves the soil vulnerable to erosion.

Figure 5. (a) Disturbed land at a coal mine pit in Germany. (b) This coal mine in West Virginia covers more than 10,000 acres (15.6 square miles). Some of the exposed ground is being reclaimed by planting trees.

Constructing buildings and roads churns up the ground and exposes soil to erosion. In some locations, native landscapes, such as forest and grassland, are cleared, exposing the surface to erosion (in some locations the land that will be built on is farmland). Near construction sites, dirt, picked up by the wind, is often in the air. Completed construction can also contribute to erosion (Figure 6). 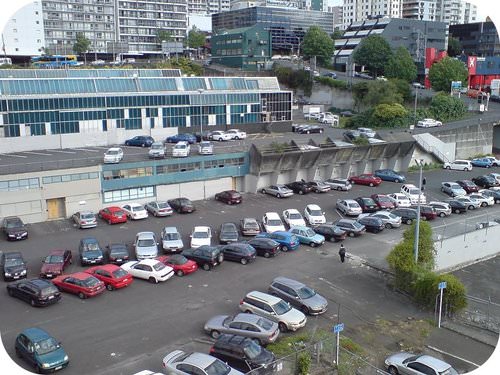 Figure 6. Urban areas and parking lots result in less water entering the ground. Water runs off the parking lot onto nearby lands and speeds up erosion in those areas.

Recreational activities may accelerate soil erosion. Off-road vehicles disturb the landscape and the area eventually develops bare spots where no plants can grow. In some delicate habitats, even hikers’ boots can disturb the ground, so it’s important to stay on the trail (Figure 7).

Figure 7. (a) ATVs churn up the soil, accelerating erosion. (b) Hiking trails may become eroded.

Soil erosion is as natural as any other type of erosion, but human activities have greatly accelerated soil erosion. In some locations soil erosion may occur about 10 times faster than its natural rate. Since Europeans settled in North America, about one-third of the topsoil in the area that is now the United States has eroded away.