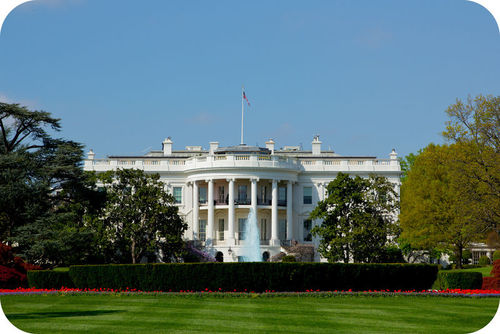 Figure 1. The White House of the USA is made of a sedimentary rock called sandstone.

The White House (shown in figure 1) is the official home and workplace of the President of the United States of America. Why do you think the White House is white? If you answered, “Because it is made of white rock,” you would be only partially correct. Construction for the White House began in 1792. Its outside walls are made of the sedimentary rock sandstone. This sandstone is very porous and is easily penetrated by rainwater. Water damage was common in the early days of construction for the building. To stop the water damage, workers covered the sandstone in a mixture of salt, rice, and glue, which help to give the White House its distinctive white color.

Clastic sedimentary rocks are the result of weathering and erosion of source rocks, which turns them into pieces—clasts—of rocks and minerals. Once they become pieces, these clasts are free to move away from their source rock and they usually do. They are most often transported by water and deposited as layers of sediment.

The burial stage of lithification involves the deposition of more sediment layers top of those that had been deposited earlier. In a sedimentary basin where sediment is being deposited, it is common for subsidence (lowering) of the basin to be taking place, either because the crust and lithosphere beneath it are subsiding into the mantle to some extent, or because the surrounding uplands are undergoing uplift relative to the basin, or both. This allows thousands of feet of burial, in some cases tens of thousands of feet of burial, to occur.

Some chemical sedimentary rocks are rock as soon as the sediments have been deposited by crystallization of minerals from substances dissolved in water, at the earth’s surface. Examples include rock salt and other evaporite deposits. These sediments of salt crystals and other minerals form sedimentary rock without having to undergo burial and compaction.

Any type of rock containing any type of mineral will undergo weathering and erosion at the earth’s surface. However, some minerals are more stable than others in earth’s surface environments and are more likely to be found in sedimentary rocks.

Grains of clastic sediment, which are called clasts are winnowed and modified during the weathering-to-deposition process. Weathering of minerals will gradually eliminate the physically weaker and chemically more reactive minerals, increasing the relative abundance of more resistant minerals. Quartz tends to become increasingly abundant during the process, due to its common occurrence in the source rocks combined with its hardness and lack of cleavage, which makes it resistant to breaking down physically. Quartz is not easily dissolved or chemically altered, so it is resistant to breakdown by chemical reactions as well. That is why beach sand is often more rich in quartz than any other mineral. Sediments rich in quartz are considered mineralogically “mature” because they have been subjected to a longer interval of physical and chemical modification during the erosion-to-deposition process. Mature sediments are deposited farther from their source rocks in space and/or time than immature sediments.

Feldspars are the most common type of mineral in earth’s crust and are also abundant in many clastic sediments and sedimentary rocks. Although feldspar is a fairly hard mineral, it does cleave (split apart) and is chemically reactive, especially in the presence of water. The most abundant product of chemical reaction of feldspar and water is clay minerals. During the erosion-to-deposition process, clastic sediments lose feldspar and gain a larger proportion of clay. Other minerals such as amphiboles, micas, and carbonates are relatively soft and chemically reactive and tend to be scarce or absent as sediment grains in mature clastic sediments, although calcite may be present in clastic sedimentary rocks as a secondary, cementing mineral that grew during lithification. 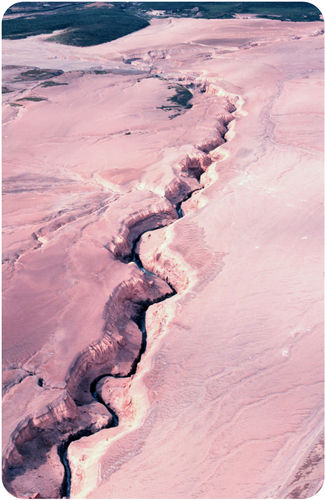 Sediments are removed and transported by water, wind, ice, or gravity in a process called erosion (figure 2). 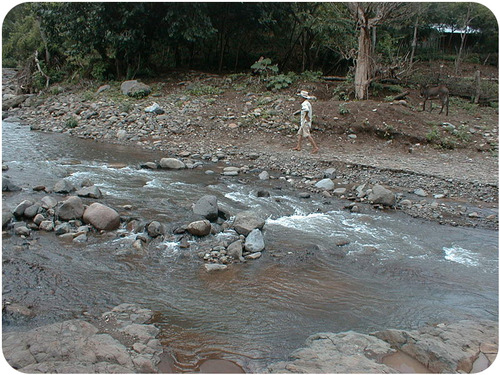 Figure 3. A river dumps sediments along its bed and on its banks.

Streams carry huge amounts of sediment (figure 3). The more energy the water has, the larger the particle it can carry. A rushing river on a steep slope might be able to carry boulders. As this stream slows down, it no longer has the energy to carry large sediments and will drop them. A slower moving stream will only carry smaller particles. 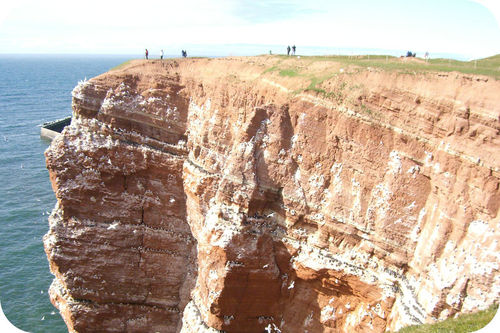 Figure 4. This cliff is made of sandstone. Sands were deposited and then lithified.

Accumulated sediments harden into rock by lithification, as illustrated in figure 4. Two important steps are needed for sediments to lithify. 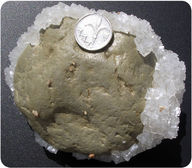 Figure 5. The evaporite, halite, on a cobble from the Dead Sea, Israel.

When sediments settle out of calmer water, they form horizontal layers. One layer is deposited first, and another layer is deposited on top of it. So each layer is younger than the layer beneath it. When the sediments harden, the layers are preserved. Sedimentary rocks formed by the crystallization of chemical precipitates are called chemical sedimentary rocks. As discussed in the “Earth’s Minerals” chapter, dissolved ions in fluids precipitate out of the fluid and settle out, just like the halite in figure 5.

Biochemical sedimentary rocks form in the ocean or a salt lake. Living creatures remove ions, such as calcium, magnesium, and potassium, from the water to make shells or soft tissue. When the organism dies, it sinks to the ocean floor to become a biochemical sediment, which may then become compacted and cemented into solid rock (figure 6). 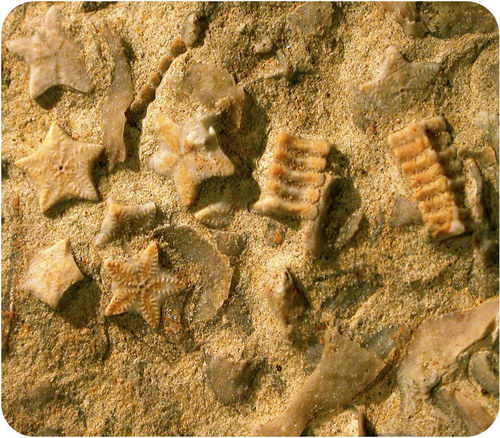 Figure 6. Fossils in a biochemical rock, limestone, in the Carmel Formation in Utah.

Clastic sedimentary textures are described in terms of the size of the sediment grains, how round they are, and how well they are sorted.

The diameter or width of a clastic sediment grain determines its grain size. Specific ranges of grain size have specific names.

Clastic sediment grains can be round, angular, or in-between (subangular or subrounded). Breccia is a clastic sedimentary rock that by definition consists largely of angular grains of pebble size or larger. Conglomerate, another sedimentary rock, consists largely of rounded grains of pebble size or larger. The schematic diagram below shows classes of rounding, from the left: angular, subangular, subrounded, rounded. Not shown are very angular and well-rounded, which are less common.

Other Aspects of Texture

Other aspects of clastic sedimentary texture include the packing of the grains, the porosity of the rock, and the hardness of the rock as a whole.

The porosity of a rock or sediment is the amount of empty space between the grains of sediment.

The hardness of the rock refers to how easily it breaks apart. Shale is harder than claystone, for example.

How to Identify Sedimentary Rocks

The key to naming chemical sedimentary rocks is the minerals from which they are made. For example, all limestones consist mostly of the mineral calcite. Rock salt is made of salt minerals such as halite. Gypsum rock is made of the mineral gypsum. Chalcedony is made of microcrystalline quartz, quartz grains so tiny that they cannot be distinguished even with a standard optical microscope.

Biochemical sedimentary rocks form with the help of past life. This can be in the form of fossils, shells or plant remains. For example, coal is made up of plant remains.