Is it good to make the desert bloom?

Many sunny, arid regions are good for growing crops as long as water can be added. Some of the increase in productivity is due to farming in regions that are technically too dry. Groundwater can be used to make the desert bloom, but at what cost? And for how long? Eventually the wells will run dry. 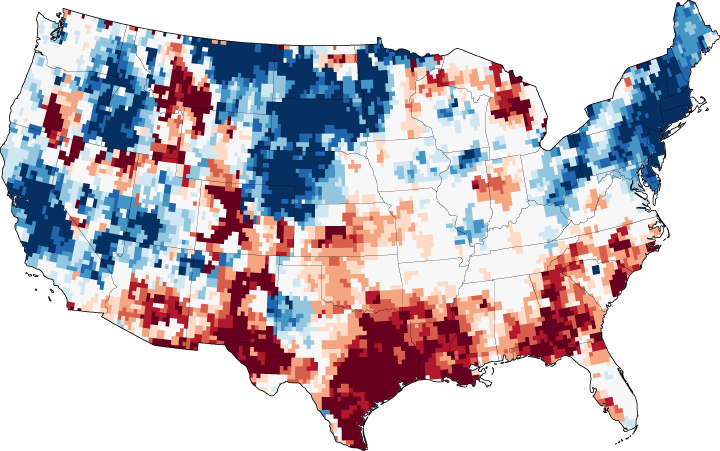 Other problems may stem from groundwater overuse. Subsidence and saltwater intrusion are two of them.

The Ogallala Aquifer supplies about one-third of the irrigation water in the United States. The Ogallala Aquifer is widely used by people for municipal and agricultural needs. (Figure 2). The aquifer is found from 30 to 100 meters deep over an area of about 440,000 square kilometers! 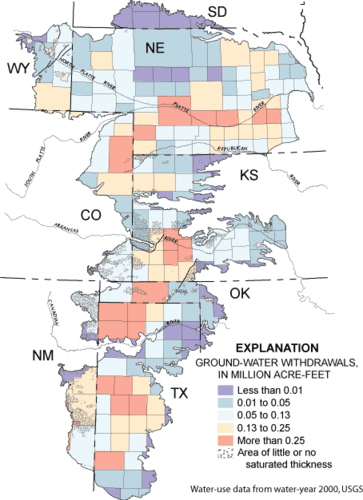 Figure 2. The Ogallala Aquifer is found beneath eight states and is heavily used. 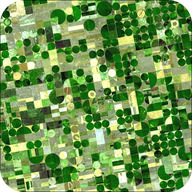 The water in the aquifer is mostly from the last ice age. About eight times more water is taken from the Ogallala Aquifer each year than is replenished. Much of the water is used for irrigation .Farms in Kansas use central pivot irrigation (Figure 3), which is more efficient since water falls directly on the crops instead of being shot in the air. These fields are between 800 and 1600 meters (0.5 and 1 mile) in diameter.

Lowering the water table may cause the ground surface to sink. Subsidence may occur beneath houses and other structures. The San Joaquin Valley of California is one of the world’s major agricultural areas. So much groundwater has been pumped that the land has subsided many tens of feet.