Reading: The Nature of Science

Sometime in your life you’ve asked a question about the world around you. Probably you’ve asked a lot of questions over the years. The best way to answer questions about the natural world is by using science. Scientists ask questions every day, and then use a set of steps to answer those questions. The steps are known as the scientific method. By following the scientific method, scientists come up with the best information about the natural world. As a scientist, you need to do experiments to find out about the world. You also need to wonder, observe, talk, and think. Everything we learn helps us to ask new and better questions. 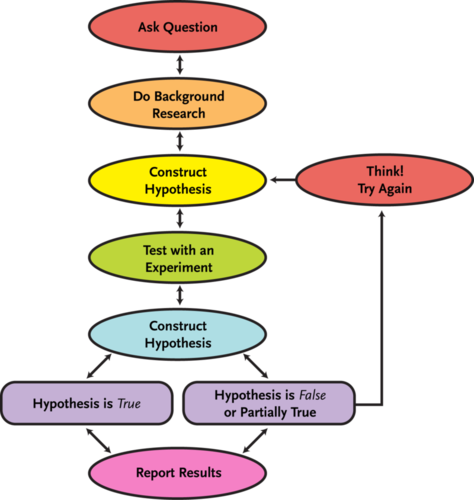 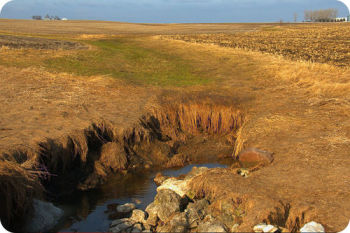 Figure 2. Soil is often lost from ground that has been plowed.

Asking a question is one really good way to begin to learn about the natural world. You might have seen something that makes you curious. You might want to know what to change to produce a better result.

Let’s say a farmer is having an erosion problem. She wants to keep more soil on her farm. The farmer learns that a farming method called “no-till farming” allows farmers to plant seeds without plowing the land. She wonders if planting seeds without plowing will reduce the erosion problem and help keep more soil on her farmland. Her question is this: “Will using the no-till method of farming help me to lose less soil on my farm?” (figure 2).

Figure 3. Rather than breaking up soil like in this picture, the farmer could try no-till farming methods.

Before she begins, the farmer needs to learn more about this farming method. She can look up information in books and magazines in the library. She may also search the Internet. A good way for her to learn is to talk to people who have tried this way of farming. She can use all of this information to figure out how she is going to test her question about no-till farming. Farming machines are shown in the figure 3.

After doing the research, the farmer will try to answer the question. She might think, “If I don’t plow my fields, I will lose less soil than if I do plow the fields. Plowing disrupts the soil and breaks up roots that help hold soil in place.” This answer to her question is a hypothesis. A hypothesis is a reasonable explanation. A hypothesis can be tested. It may be the right answer, it may be a wrong answer, but it must be testable. Once she has a hypothesis, the next step is to do experiments to test the hypothesis. A hypothesis can be proved or disproved by testing. If a hypothesis is repeatedly tested and shown to be true, then scientists call it a theory.

When we design experiments, we choose just one thing to change. The thing we change is called the independent variable. In the example, the farmer chooses two fields and then changes only one thing between them. She changes how she plows her fields. One field will be tilled and one will not. Everything else will be the same on both fields: the type of crop she grows, the amount of water and fertilizer that she uses, and the slope of the fields she plants on. The fields should be facing the same direction to get about the same amount of sunlight. These are the experimental controls. If the farmer only changes how she plows her fields, she can see the impact of the one change. After the experiment is complete, scientists then measure the result. The farmer measures how much soil is lost from each field. This is the dependent variable. How much soil is lost from each field “depends” on the plowing method. 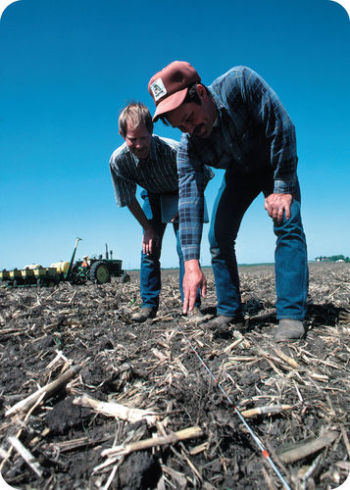 Figure 4. A pair of farmers take careful measurements in the field.

Even if the scientist is really careful it is possible to make a mistake. One kind of mistake is with the equipment. For example, an electronic balance may always measure one gram high. To fix this, the balance should be adjusted. If it can’t be adjusted, each measurement should be corrected. A mistake can come if a measurement is hard to make. For example, the scientist may stop a stopwatch too soon or too late. To fix this, the scientist should run the experiment many times and make many measurements. The average of the measurements will be the accurate answer. Sometimes the result from one experiment is very different from the other results. If one data point is really different, it may be thrown out. It is likely a mistake was made in that experiment.

The farmer grows crops on the two fields for a season. She finds that 2.2 times as much soil was lost on the plowed field as compared to the unplowed field. She concludes that her hypothesis was correct. The farmer also notices some other differences in the two plots. The plants in the no-till plots are taller. The soil moisture seems higher. She decides to repeat the experiment. This time she will measure soil moisture, plant growth, and the total amount of water the plants consume. From now on she will use no-till methods of farming. She will also research other factors that may reduce soil erosion.

When scientists have the data and conclusions, they write a paper. They publish their paper in a scientific journal. A journal is a magazine for the scientists who are interested in a certain field. Before the paper is printed, other scientists look at it to try to find mistakes. They see if the conclusions follow from the data. This is called peer review. If the paper is sound it is printed in the journal.

In science, a theory has been repeatedly shown to be true. A theory is supported by many observations. However, a theory may be disproved if conflicting data is discovered. Many important theories have been shown to be true by many observations and experiments and are extremely unlikely to be disproved. These include the theory of plate tectonics and the theory of evolution.