Why It Matters: Mass Movement

Define and interpret the causes, types, effects and hazards of mass movement and land subsidence.

Mass movement can be devastating and costly. About 10 years ago, a friend was looking to purchase a new home in San Diego. She found a great neighborhood being built on the side of a mountain overlooking the town. They loved the area, the view and the home so they purchased the home site. The cost was $1.5 million.

Since this was not the first home she purchased, she knew the questions to ask and the various test that needed to be performed. One of the inspectors made note of elevated methane in the area. They thought it was temporary and would not cause any problems. However, as more people purchased homes in the area, the problem became more prominent. She contacted a geologist and asked what it could be. The geologist was from the area and was familiar with the location. They did a little research and ruled out numerous possible causes. They were stumped until one day a core sample revealed the neighborhood was being built on an old landslide area. The buried trees and vegetation were decomposing, which was causing them to give off various gases including methane. Building on the site was stopped and never proceeded due to the conditions. The time, effort, and money spent was wasted. While the homeowners did get their money back, the property owner was completed bankrupted.

Landslides and avalanches may not be something we really think about unless we live in an area prone to them, but mass wasting can occur just about anywhere. If you recall from when we learned about the rock cycle, erosion is a powerful and continuous process.

Watch a clip from this video to see remarkable earthflow in Italy (note there is background noise but no actual audio).

Mass wasting can be very fast or slow. What do you make of this picture? 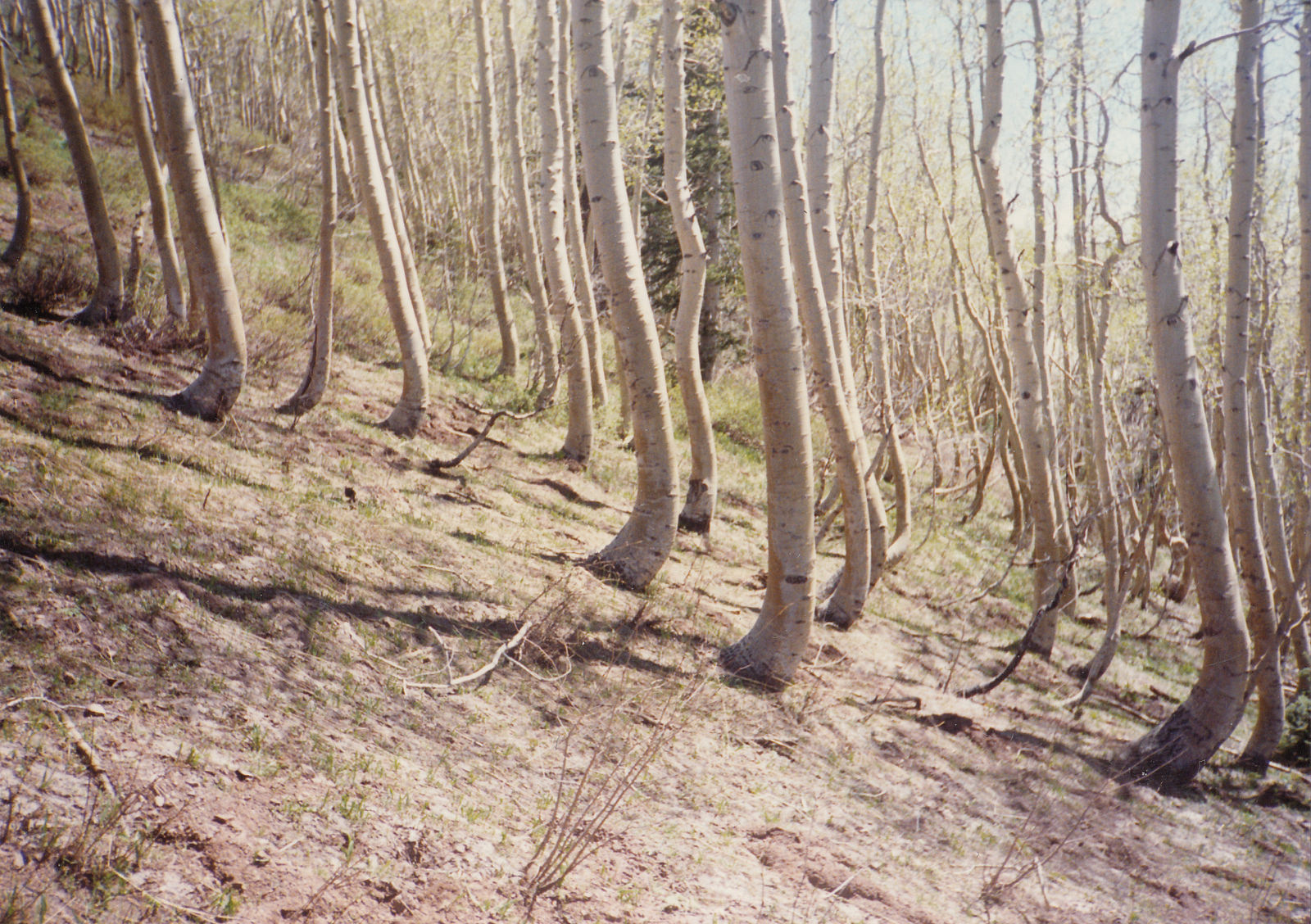 Do you notice anything strange about the trees? Would you want to live in an area like this?

Let’s see what mass wasting is and what it can tell us about the video and picture.