Composition of the Atmosphere 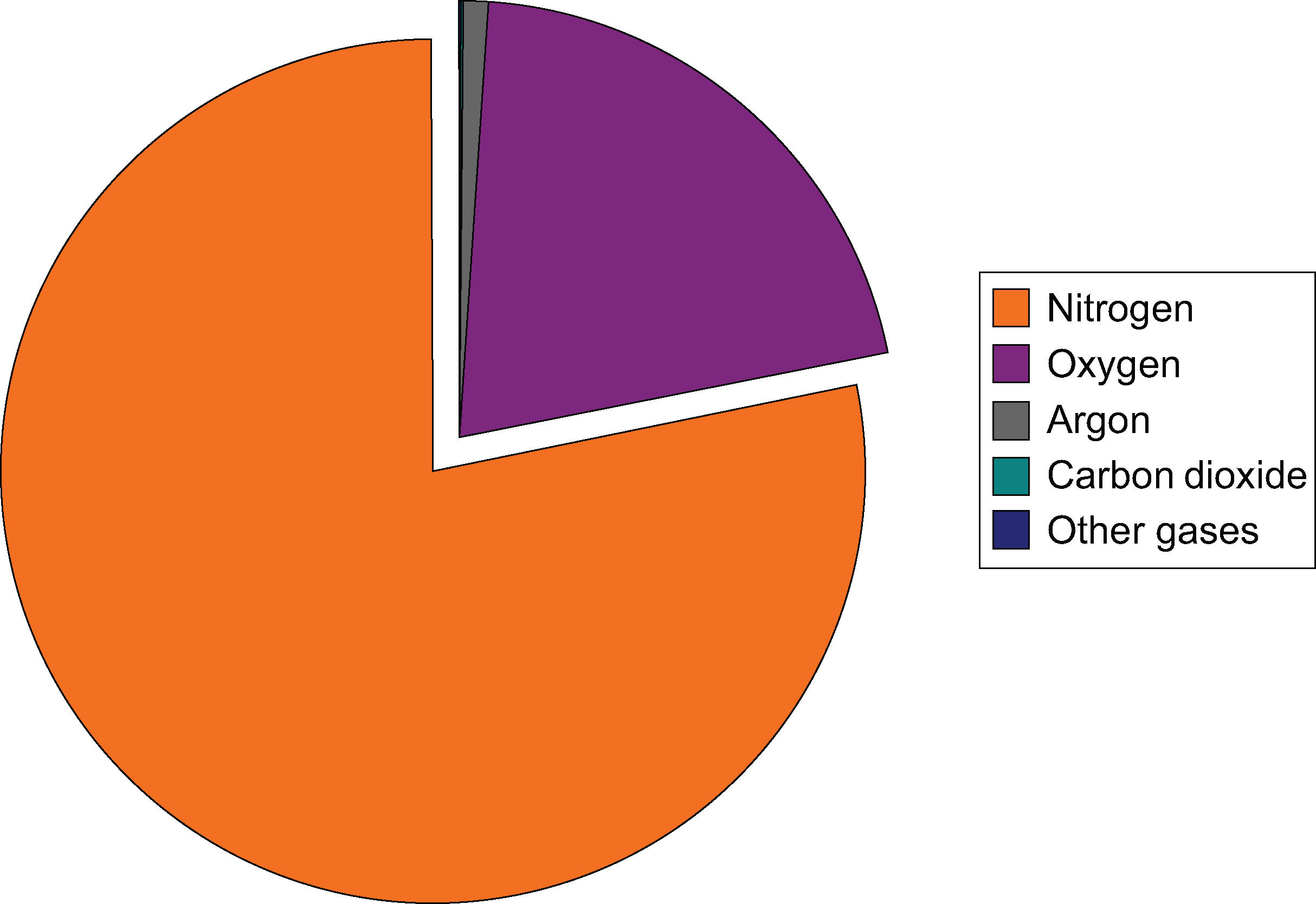 Nitrogen and oxygen together make up 99 percent of the planet’s atmosphere. The rest of the gases are minor components but sometimes are very important. Humidity is the amount of water vapor in the air. Humidity varies from place to place and season to season. This fact is obvious if you compare a summer day in Atlanta, Georgia, where humidity is high, with a winter day in Phoenix, Arizona, where humidity is low. When the air is very humid, it feels heavy or sticky. Dry air usually feels more comfortable.Where around the globe is mean atmospheric water vapor higher and where is it lower and why? Higher humidity is found around the equatorial regions because air temperatures are higher and warm air can hold more moisture than cooler air. Of course, humidity is lower near the polar regions because air temperature is lower.Some of what is in the atmosphere is not gas. Particles of dust, soil, fecal matter, metals, salt, smoke, ash, and other solids make up a small percentage of the atmosphere. Particles provide starting points (or nuclei) for water vapor to condense on and form raindrops. Some particles are pollutants, which are discussed in the Human Actions and the Atmosphere chapter. 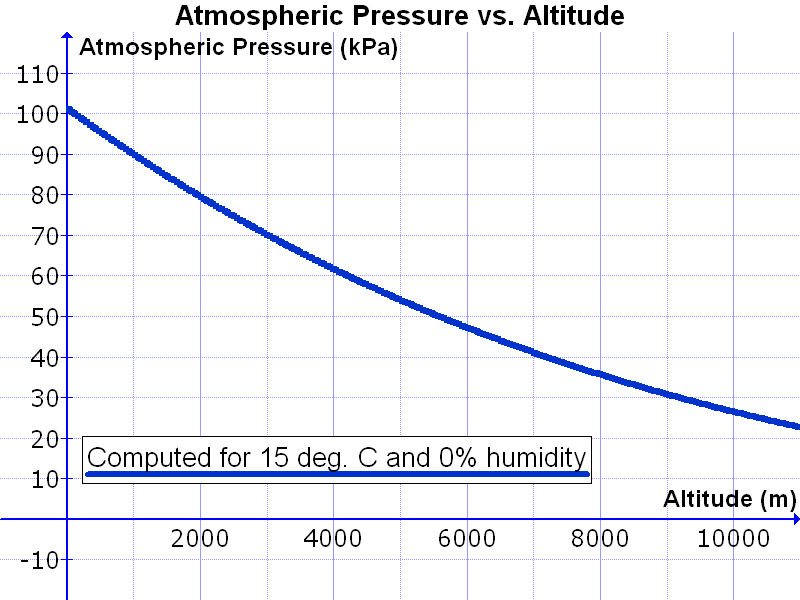 The atmosphere has different properties at different elevations above sea level, or altitudes. The air density (the number of molecules in a given volume) decreases with increasing altitude. This is why people who climb tall mountains, such as Mt. Everest, have to set up camp at different elevations to let their bodies get used to the decreased air.Why does air density decrease with altitude? Gravity pulls the gas molecules towards Earth’s center. The pull of gravity is stronger closer to the center at sea level. Air is denser at sea level where the gravitational pull is greater.

Gases at sea level are also compressed by the weight of the atmosphere above them. The force of the air weighing down over a unit of area is known as its atmospheric pressure. The reason why we are not crushed by this weight is because the molecules inside our bodies are pushing outward to compensate. Atmospheric pressure is felt from all directions, not just from above.

At higher altitudes the atmospheric pressure is lower and the air is less dense than at higher altitudes. If your ears have ever “popped,” you have experienced a change in air pressure. Gas molecules are found inside and outside your ears. When you change altitude quickly, like when an airplane is descending, your inner ear keeps the density of molecules at the original altitude. Eventually the air molecules inside your ear suddenly move through a small tube in your ear to equalize the pressure. This sudden rush of air is felt as a popping sensation.