Weather forecasts are better than they ever have been. According to the World Meteorological Organization (WMO), a 5-day weather forecast today is as reliable as a 2-day forecast was 20 years ago! This is because forecasters now use advanced technologies to gather weather data, along with the world’s most powerful computers. Together, the data and computers produce complex models that more accurately represent the conditions of the atmosphere. These models can be programmed to predict how the atmosphere and the weather will change. Despite these advances, weather forecasts are still often incorrect. Weather is extremely difficult to predict because it is a complex and chaotic system. 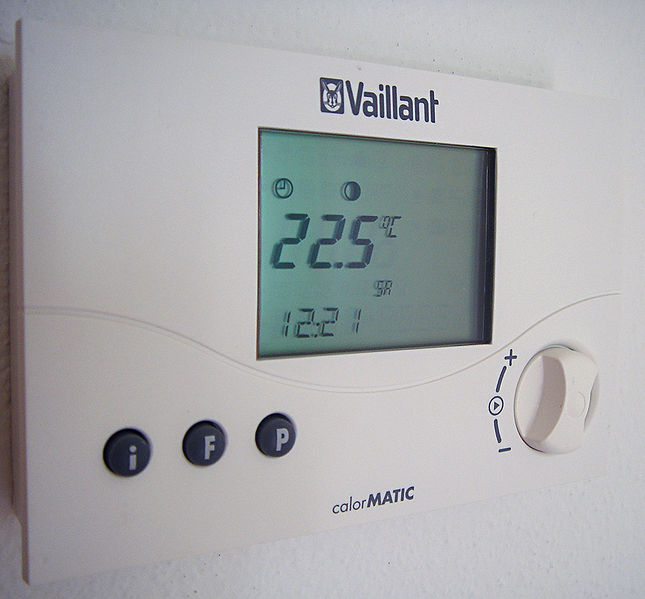 Meteorologists use barometers to measure air pressure. A barometer may contain water, air, or mercury, but like thermometers, barometers are now mostly digital. A change in barometric pressure indicates that a change in weather is coming. If air pressure rises, a high pressure cell is on the way and clear skies can be expected. If pressure falls, a low pressure cell is coming and will likely bring storm clouds. Barometric pressure data over a larger area can be used to identify pressure systems, fronts, and other weather systems.

Weather stations contain some type of thermometer and barometer. Other instruments measure different characteristics of the atmosphere such as wind speed, wind direction, humidity, and amount of precipitation. These instruments are placed in various locations so that they can check the atmospheric characteristics of that location. According to the WMO, weather information is collected from 15 satellites, 100 stationary buoys, 600 drifting buoys, 3,000 aircraft, 7,300 ships, and some 10,000 land-based stations. The official weather stations used by the National Weather Service is called the Automated Surface Observing System (ASOS).

Radiosondes is a balloon that measures atmospheric characteristics, such as temperature, pressure, and humidity as they move through the air. Radiosondes in flight can be tracked to obtain wind speed and direction. Radiosondes use a radio to communicate the data they collect to a computer. Radiosondes are launched from about 800 sites around the globe twice daily to provide a profile of the atmosphere. Radiosondes can be dropped from a balloon or airplane to make measurements as they fall. This is done to monitor storms, for example, since they are dangerous places for airplanes to fly. 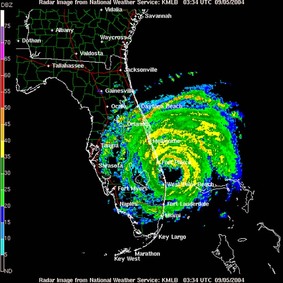 Radar stands for Radio Detection and Ranging. A transmitter sends out radio waves that bounce off the nearest object and then return to a receiver. Weather radar can sense many characteristics of precipitation: its location, motion, intensity, and the likelihood of future precipitation. Doppler radar can also track how fast the precipitation falls. Radar can outline the structure of a storm and can be used to estimate its possible effects.

Weather satellites have been increasingly important sources of weather data since the first one was launched in 1952 and are the best way to monitor large scale systems, such as storms. Satellites are able to record long-term changes, such as the amount of ice cover over the Arctic Ocean in September each year. 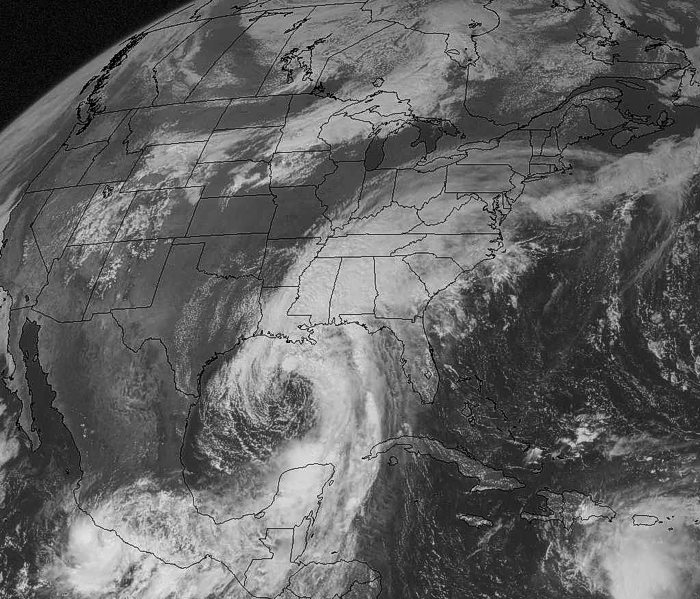 They also observe all energy from all wavelengths in the electromagnetic spectrum.The flagship of the National Weather Service is the Geostationary Operational Environmental Satellites (GOES). These satellites are the ones you see on the nightly news where it looks like the clouds are moving, but not the planet. That is because these satellites are “geo-fixed” on a particular location over Earth rotating around the planet as fast as Earth’s rotation at a distance of over 23,000 miles above the planet. There are basically three different types of GOES: visible, infrared, and water vapor. Visible light images record storms, clouds, fires, and smog. Infrared images record clouds, water and land temperatures, and features of the ocean, such as ocean currents. The final type of GOES imagery is water vapor. This type of imagery looks at the moisture content in the upper-half of the atmosphere. This is important for determining if clouds can grow to great heights like cumulonimbus thunderstorms.

The other type of satellite commonly used in weather forecasting is called a Polar Orbiting Environmental Satellites (POES). These types of satellites fly much lower to the earth, only about 530 miles, and orbit the planet pole-to-pole. You’ve probably seen these satellites at night when you see one crossing the sky. Look for their direction and odds are they are moving northward or southward toward each pole.

Just like the weather satellites on the news, you’ve seen these images often when you are looking at natural disasters like hurricanes or volcanic eruptions, wars like have occurred in Afghanistan, Iraq, or recently in Syria. Even the Malaysian flight that “disappeared” in the Indian Ocean for weeks was ultimately discovered using polar orbiting satellites. Common types of these satellites include: Landsat, MODIS, and the Tropical Rainfall Measuring Mission (TRMM).

The most accurate weather forecasts are made by advanced computers, with analysis and interpretation added by experienced meteorologists. These computers have up-to-date mathematical models that can use much more data and make many more calculations than would ever be possible by scientists working with just maps and calculators. Meteorologists can use these results to give much more accurate weather forecasts and climate predictions.

In Numerical Weather Prediction (NWP), atmospheric data from many sources are plugged into supercomputers running complex mathematical models. The models then calculate what will happen over time at various altitudes for a grid of evenly spaced locations. The grid points are usually between 10 and 200 kilometers apart. Using the results calculated by the model, the program projects weather further into the future. It then uses these results to project the weather still further into the future, as far as the meteorologists want to go. Once a forecast is made, it is broadcast by satellites to more than 1,000 sites around the world.

NWP produces the most accurate weather forecasts, but as anyone knows, even the best forecasts are not always right. Weather prediction is extremely valuable for reducing property damage and even fatalities. If the proposed track of a hurricane can be predicted, people can try to secure their property and then evacuate.

Weather maps, also called synoptic maps, simply and graphically depict meteorological conditions in the atmosphere from a spatial perspective. Weather maps may display only one feature of the atmosphere or multiple features. They can depict information from computer models or from human observations.

On a weather map, important meteorological conditions are plotted for each weather station. Metorologists use many different symbols as a quick and easy way to display information on the map.

Once conditions have been plotted, points of equal value can be connected by isolines. Weather maps can have many types of connecting lines. For example:

Surface weather analysis maps are weather maps that only show conditions on the ground.