Formation of the Universe

The Big Bang theory is the most widely accepted cosmological explanation of how the universe formed. If we start at the present and go back into the past, the universe is contracting, getting smaller and smaller. What is the end result of a contracting universe? According to the Big Bang theory, the universe began about 13.7 billion years ago. Everything that is now in the universe was squeezed into a very small volume. Imagine all of the known universe in a single, hot, chaotic mass. An enormous explosion—a big bang—caused the universe to start expanding rapidly. All the matter and energy in the universe, and even space itself, came out of this explosion. What came before the Big Bang? There is no way for scientists to know since there is no remaining evidence. 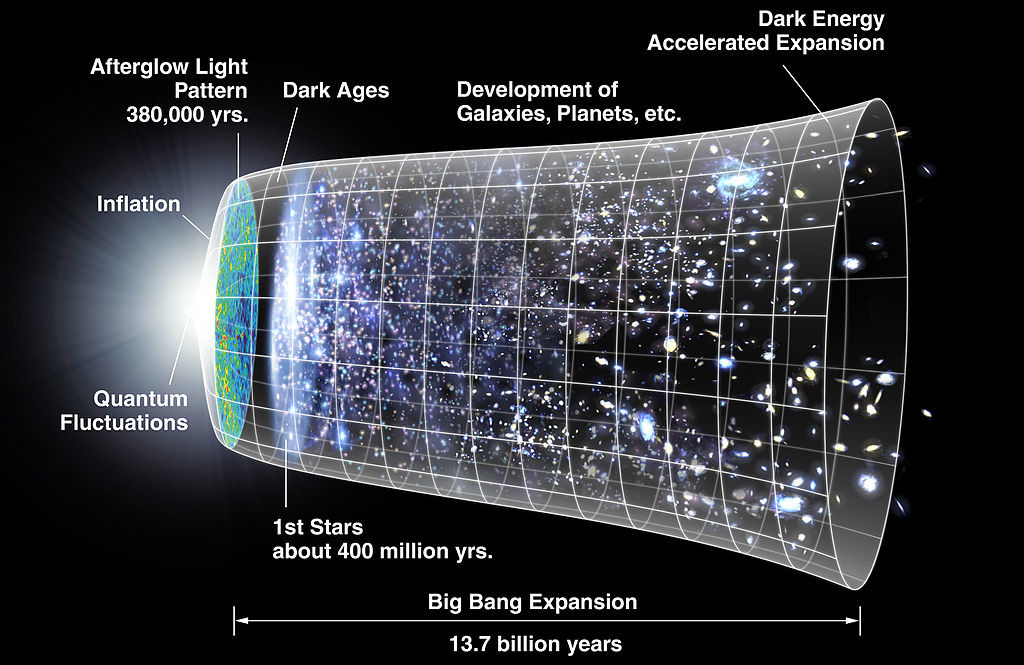 After the Big Bang

In the first few moments after the Big Bang, the universe was unimaginably hot and dense. As the universe expanded, it became less dense and began to cool. After only a few seconds, protons, neutrons, and electrons could form. After a few minutes, those subatomic particles came together to create hydrogen. Energy in the universe was great enough to initiate nuclear fusion and hydrogen nuclei were fused into helium nuclei. The first neutral atoms that included electrons did not form until about 380,000 years later.The matter in the early universe was not smoothly distributed across space. Dense clumps of matter held close together by gravity were spread around. Eventually, these clumps formed countless trillions of stars, billions of galaxies, and other structures that now form most of the visible mass of the universe. If you look at an image of galaxies at the far edge of what we can see, you are looking at great distances. But you are also looking across a different type of distance. What do those far away galaxies represent? Because it takes so long for light from so far away to reach us, you are also looking back in time. 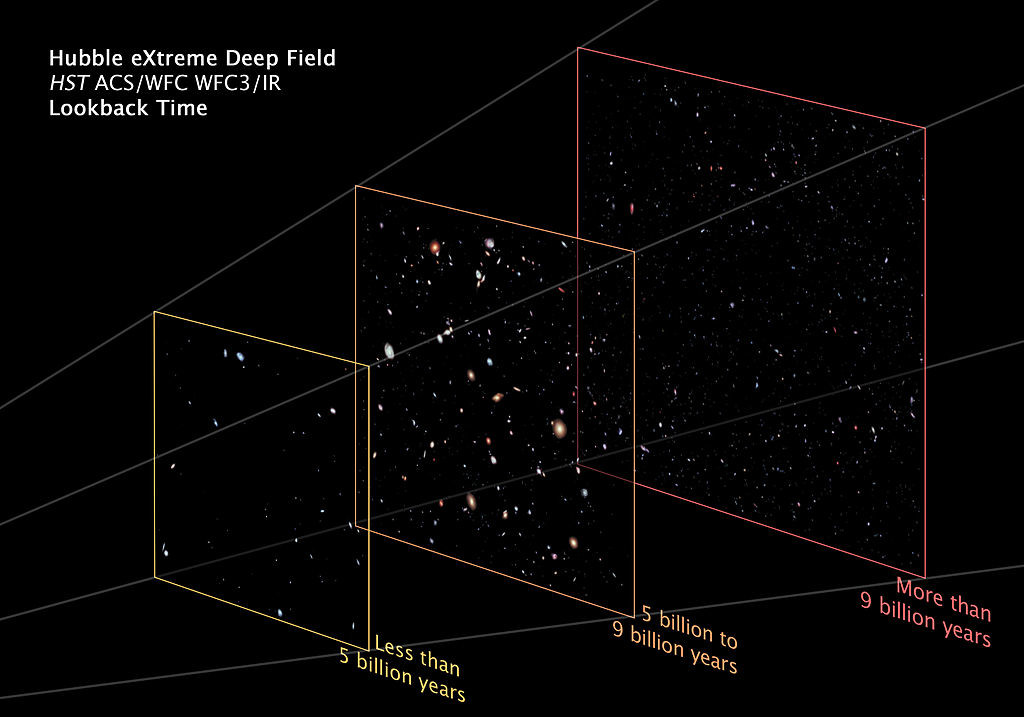