Igneous rocks form from the cooling and hardening of molten magma in many different environments. These rocks are identified by their composition and texture. More than 700 different types of igneous rocks are known. 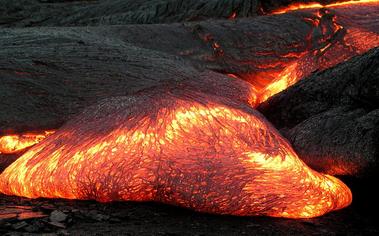 The rock beneath the Earth’s surface is sometimes heated to high enough temperatures that it melts to create magma. Different magmas have different composition and contain whatever elements were in the rock that melted. Magmas also contain gases. The main elements are the same as the elements found in the crust. Whether rock melts to create magma depends on:

The different geologic settings that produce varying conditions under which rocks melt will be discussed in the “Plate Tectonics” chapter. As a rock heats up, the minerals that melt at the lowest temperatures will melt first. Partial melting occurs when the temperature on a rock is high enough to melt only some of the minerals in the rock. The minerals that will melt will be those that melt at lower temperatures. Fractional crystallization is the opposite of partial melting. This process describes the crystallization of different minerals as magma cools.

If the liquid separates from the solids at any time in partial melting or fractional crystallization, the chemical composition of the liquid and solid will be different. When that liquid crystallizes, the resulting igneous rock will have a different composition from the parent rock. 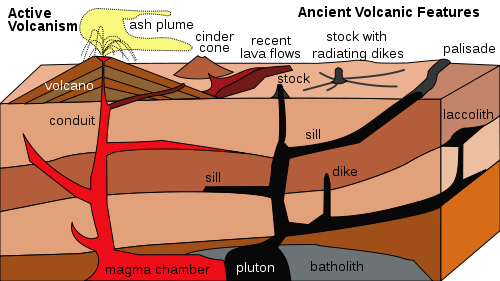 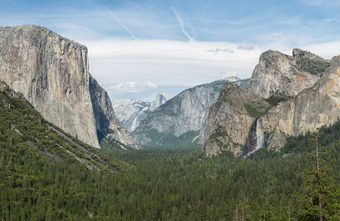 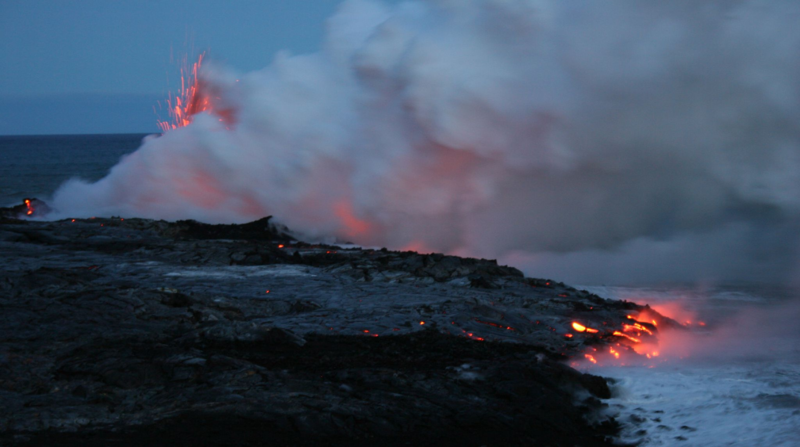 Igneous rocks are called extrusive when they cool and solidify above the surface. These rocks usually form from a volcano, so they are also called volcanic rocks. Extrusive igneous rocks cool much more rapidly than intrusive rocks. There is little time for crystals to form, so extrusive igneous rocks have tiny crystals.Cooling rate and gas content create a variety of rock textures. Lavas that cool extremely rapidly may have a glassy texture. Those with many holes from gas bubbles have a vesicular texture.

Human Use of Igneous Rock

Igneous rocks have a wide variety of uses. One important use is as stone for buildings and statues. Granite is used for both of these purposes and is popular for kitchen countertops. Pumice is commonly used as an abrasive. Pumice is used to smooth skin or scrape up grime around the house. When pumice is placed into giant washing machines with newly manufactured jeans and tumbled, the result is “stone-washed” jeans. Ground up pumice stone is sometimes added to toothpaste to act as an abrasive material to scrub teeth. Peridotite is sometimes mined for peridot, a type of olivine that is used in jewelry. Diorite was used extensively by ancient civilizations for vases and other decorative artwork and is still used for art today.