Layers of the Atmosphere 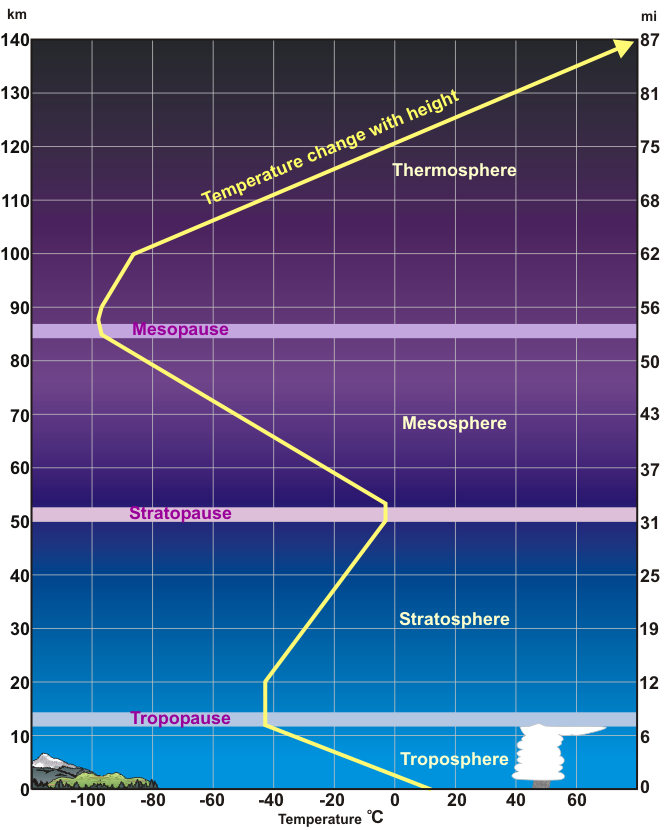 Warmer, lighter air is more buoyant than the cooler air above it, so it rises. The cooler air then sinks down, because it is denser than the air beneath it. This is convection, which was described in the Plate Tectonics chapter. 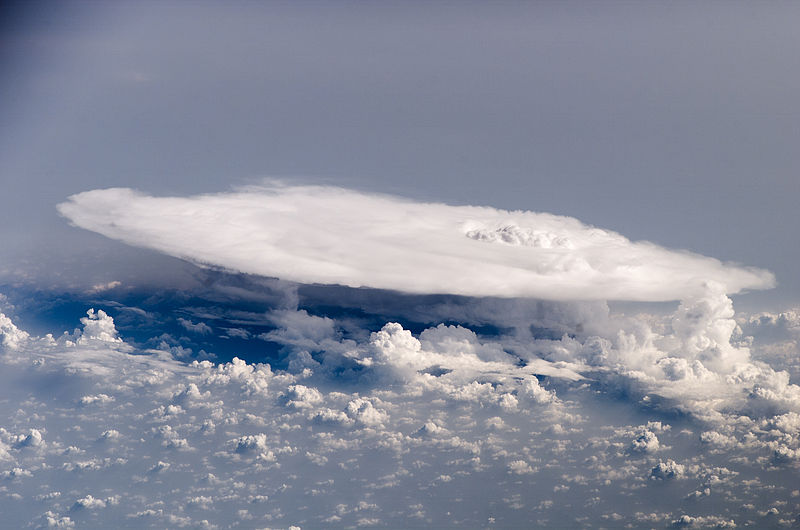 Earth’s surface is a major source of heat for the troposphere, although nearly all of that heat comes from the Sun. Rock, soil, and water on Earth absorb the Sun’s light and radiate it back into the atmosphere as heat. The temperature is also higher near the surface because of the greater density of gases. The higher gravity causes the temperature to rise.

Sometimes there is a temperature inversion, air temperature in the troposphere increases with altitude and warm air sits over cold air. Inversions are very stable and may last for several days or even weeks. They form: 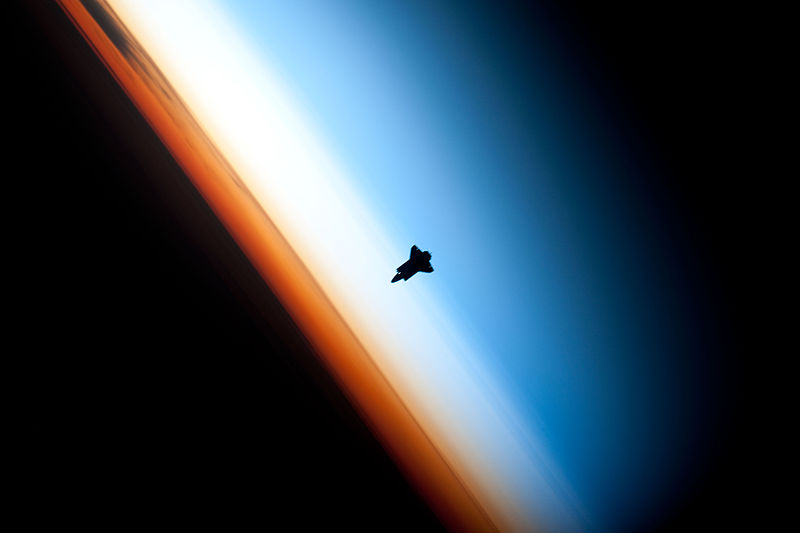 The air in the mesosphere has extremely low density: 99.9 percent of the mass of the atmosphere is below the mesosphere. As a result, air pressure is very low. A person traveling through the mesosphere would experience severe burns from ultraviolet light since the ozone layer which provides UV protection is in the stratosphere below. There would be almost no oxygen for breathing. Stranger yet, an unprotected traveler’s blood would boil at normal body temperature because the pressure is so low. 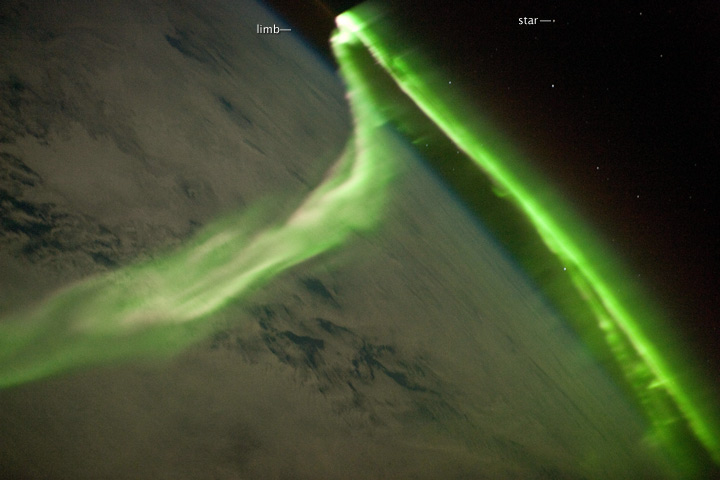 The density of molecules is so low in the thermosphere that one gas molecule can go about 1 km before it collides with another molecule. Since so little energy is transferred, the air feels very cold. Within the thermosphere is the ionosphere. The ionosphere gets its name from the solar radiation that ionizes gas molecules to create a positively charged ion and one or more negatively charged electrons. The freed electrons travel within the ionosphere as electric currents. Because of the free ions, the ionosphere has many interesting characteristics. At night, radio waves bounce off the ionosphere and back to Earth. This is why you can often pick up an AM radio station far from its source at night.

The Van Allen radiation belts are two doughnut-shaped zones of highly charged particles that are located beyond the atmosphere in the magnetosphere. The particles originate in solar flares and fly to Earth on the solar wind. Once trapped by Earth’s magnetic field, they follow along the field’s magnetic lines of force. These lines extend from above the equator to the North Pole and also to the South Pole then return to the equator.

When massive solar storms cause the Van Allen belts to become overloaded with particles, the result is the most spectacular feature of the ionosphere—the nighttime aurora. The particles spiral along magnetic field lines toward the poles. The charged particles energize oxygen and nitrogen gas molecules, causing them to light up. Each gas emits a particular color of light.

There is no real outer limit to the exosphere, the outermost layer of the atmosphere; the gas molecules finally become so scarce that at some point there are no more. Beyond the atmosphere is the solar wind. The solar wind is made of high-speed particles, mostly protons and electrons, traveling rapidly outward from the Sun.

There is no real outer limit to the exosphere, the outermost layer of the atmosphere; the gas molecules finally become so scarce that at some point there are no more. Beyond the atmosphere is the solar wind. The solar wind is made of high-speed particles, mostly protons and electrons, traveling rapidly outward from the Sun.