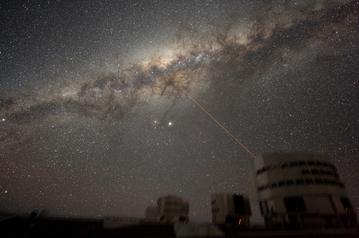 On a dark, clear night, you will see a milky band of light stretching across the sky. This band is the disk of a galaxy, the Milky Way Galaxy, is our galaxy and is made of millions of stars along with a lot of gas and dust.

Although it is difficult to know what the shape of the Milky Way Galaxy is because we are inside of it, astronomers have identified it as a typical spiral galaxy containing about 100 billion to 400 billion stars. 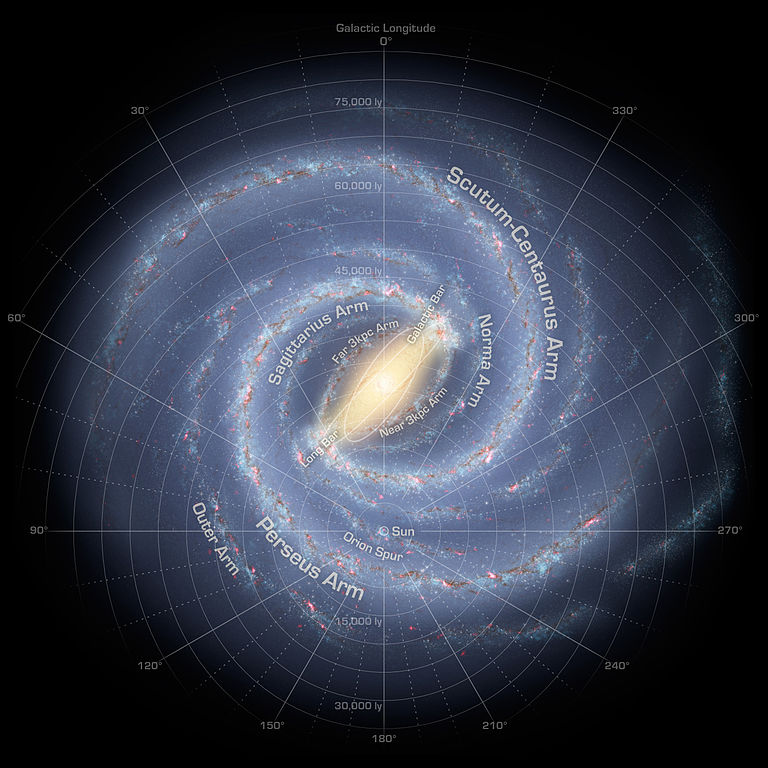 Like other spiral galaxies, our galaxy has a disk, a central bulge, and spiral arms. The disk is about 100,000 light-years across and 3,000 light-years thick. Most of the Galaxy’s gas, dust, young stars, and open clusters are in the disk. What data and evidence do astronomers find that lets them know that the Milky Way is a spiral galaxy?

The central bulge is about 12,000 to 16,000 light-years wide and 6,000 to 10,000 light-years thick. The central bulge contains mostly older stars and globular clusters. Some recent evidence suggests the bulge might not be spherical, but is instead shaped like a bar. The bar might be as long as 27,000 light-years long. The disk and bulge are surrounded by a faint, spherical halo, which also includes old stars and globular clusters. Astronomers have discovered that there is a gigantic black hole at the center of the galaxy. 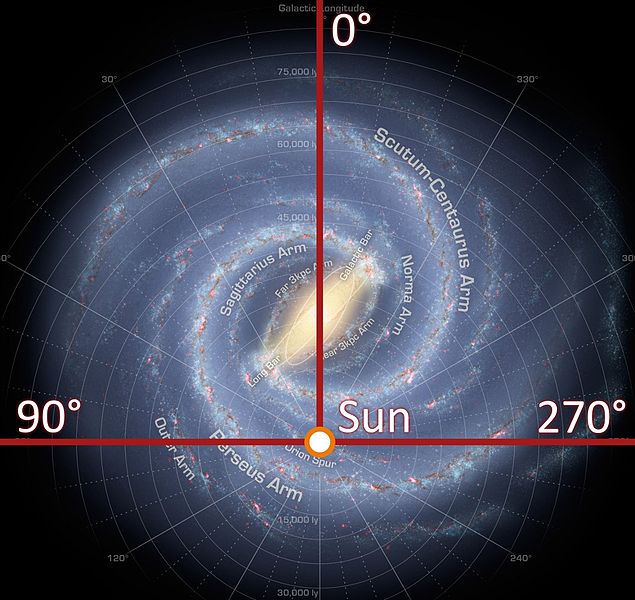