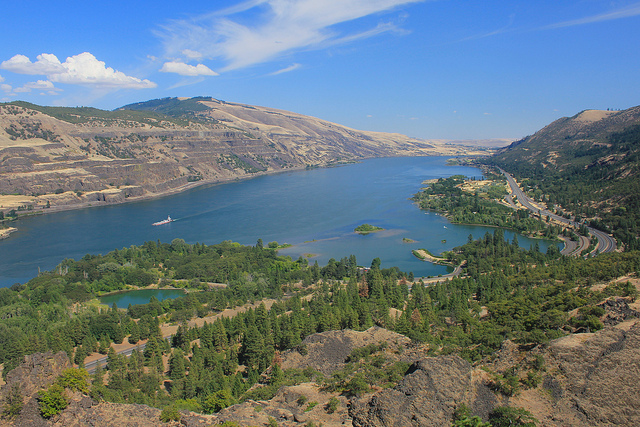 Fresh water in streams, ponds, and lakes is an extremely important part of the water cycle if only because of its importance to living creatures. Along with wetlands, these fresh water regions contain a tremendous variety of organisms.Streams are bodies of water that have a current; they are in constant motion. Geologists recognize many categories of streams depending on their size, depth, speed, and location. Creeks, brooks, tributaries, bayous, and rivers might all be lumped together as streams. In streams, water always flows downhill, but the form that downhill movement takes varies with rock type, topography, and many other factors. Stream erosion and deposition are extremely important creators and destroyers of landforms and were described in the Erosion and Deposition chapter.

Parts of a Stream 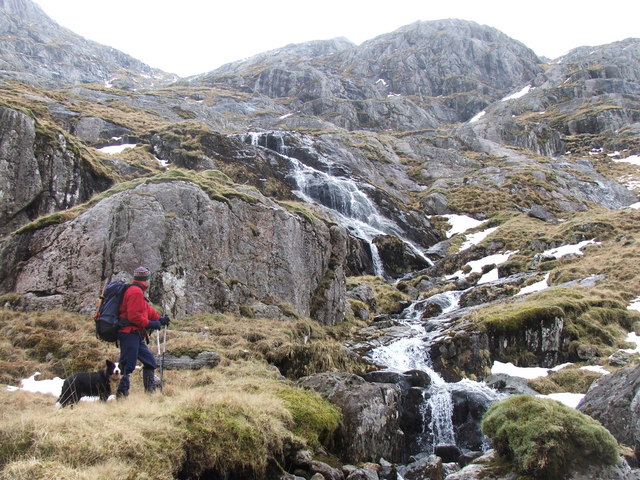 Oddly enough, there are a variety of different types streams. A stream originates at its source. A source is likely to be in the high mountains where snows collect in winter and melt in summer, or a source might be a spring. A stream may have more than one sources and when two streams come together it’s called a confluence. The smaller of the two streams is a tributary of the larger stream. A stream may create a pool where water slows and becomes deeper.The point at which a stream comes into a large body of water, like an ocean or a lake is called the mouth. Where the stream meets the ocean or lake is an estuary. The mix of fresh and salt water where a river runs into the ocean creates a diversity of environments where many different types of organisms create unique ecosystems.

Rivers are the largest types of stream, moving large amounts of water from higher to lower elevations. The Amazon River, the world’s river with the greatest flow, has a flow rate of nearly 220,000 cubic meters per second! People have used rivers since the beginning of civilization as a source of water, food, transportation, defense, power, recreation, and waste disposal.