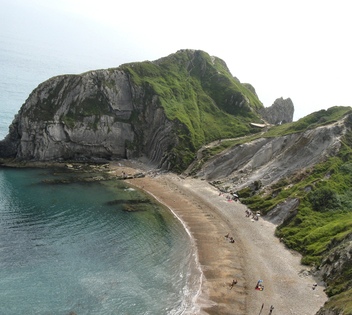 Waves are important for building up and breaking down shorelines. Waves transport sand onto and off of beaches, transport sand along beaches, carves structures along the shore. The largest waves form when the wind is very strong, blows steadily for a long time, and blows over a long distance.

Wave refraction either concentrates wave energy or disperses it. In quiet water areas, such as bays, wave energy is dispersed, so sand is deposited. Areas that stick out into the water are eroded by the strong wave energy that concentrates its power on the wave-cut cliff.

A wave-cut platform is the level area formed by wave erosion as the waves undercut a cliff. An arch is produced when waves erode through a cliff. When a sea arch collapses, the isolated towers of rocks that remain are known as sea stacks. 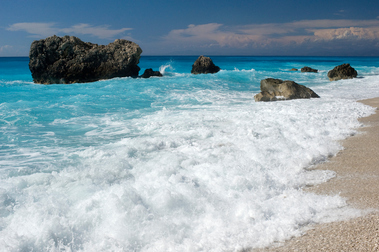 Rivers carry sediments from the land to the sea. If wave action is high, a delta will not form. Waves will spread the sediments along the coastline to create a beach. Waves also erode sediments from cliffs and shorelines and transport them onto beaches.Beaches can be made of mineral grains, like quartz, rock fragments, and also pieces of shell or coral. Waves continually move sand along the shore and move sand from the beaches on shore to bars of sand offshore as the seasons change. In the summer, waves have lower energy so they bring sand up onto the beach. In the winter, higher energy waves bring the sand back offshore.Some features form by wave-deposited sand. These features include barrier islands and spits. A spit is sand connected to land and extending into the water. A spit may hook to form a tombolo. Shores that are relatively flat and gently sloping may be lined with long narrow barrier islands. Most barrier islands are a few kilometers wide and tens of kilometers long.In its natural state, a barrier island acts as the first line of defense against storms such as hurricanes. When barrier islands are urbanized, hurricanes damage houses and businesses rather than vegetated sandy areas in which sand can move. A large hurricane brings massive problems to the urbanized area. 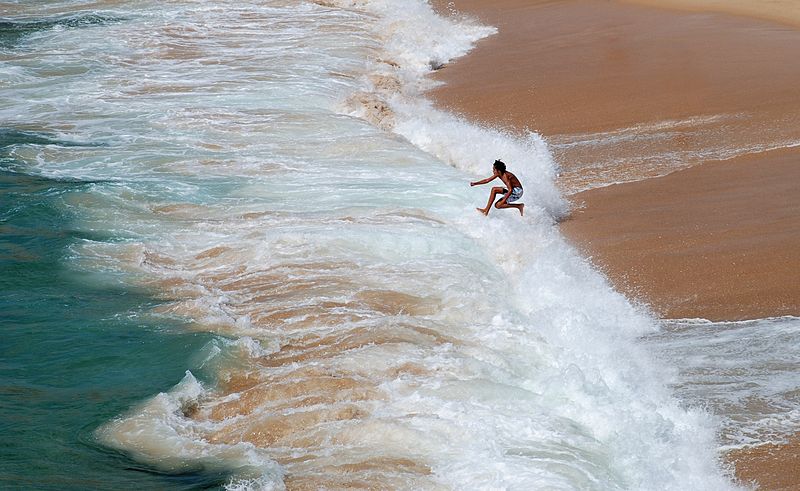 Intact shore areas protect inland areas from storms that come off the ocean. Where the natural landscape is altered or the amount of development make damage from a storm too costly to consider, people use several types of structures to attempt to slow down wave erosion. A groin is a long narrow pile of rocks built perpendicular to the shoreline to keep sand at that beach. A breakwater is a structure built in the water parallel to the shore in order to protect the shore from strong incoming waves. A seawall is also parallel to the shore, but it is built onshore.People do not always want to choose safe building practices, and instead choose to build a beach house right on the beach. Protecting development from wave erosion is difficult and expensive and it doesn’t always work. The northeastern coast of Japan was protected by anti-tsunami seawalls, yet waves from the 2011 tsunami that resulted from the Tohoku earthquake washed over the top of some seawalls and caused others to collapse. Japan is now planning to build even higher seawalls to prepare for any future (and inevitable) tsunami.