There are three different types of peripherals: 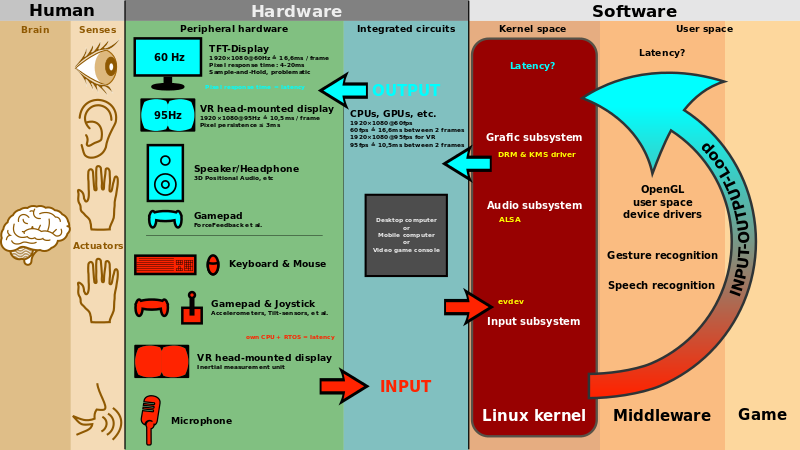 A peripheral device is generally defined as any auxiliary device such as a computer mouse or keyboard, that connects to and works with the computer in some way. Other examples of peripherals are expansion cards, graphics cards, image scanners, tape drives, microphones, loudspeakers, webcams, and digital cameras. RAM—random access memory—straddles the line between peripheral and primary component; it is technically a storage peripheral, but is required for every major function of a modern computer and removing the RAM will effectively disable any modern machine. Many new devices such as digital watches, smartphones and tablet computers have interfaces which allow them to be used as a peripheral by a full computer, though they are not host-dependent as other peripheral devices are. According to the most technical definition, the only pieces of a computer notconsidered to be peripherals are the central processing unit, power supply, motherboard, and computer case.

In a system on a chip, peripherals are incorporated into the same integrated circuit as the central processing unit. They are still referred to as “peripherals” despite being permanently attached to (and in some sense part of) their host processor.

In computing, an input device is a peripheral (piece of computer hardware equipment) used to provide data and control signals to an information processing system such as a computer or other information appliance. Examples of input devices include keyboards, mice, scanners, digital cameras and joysticks.

Many input devices can be classified according to:

Pointing devices, which are input devices used to specify a position in space, can further be classified according to:

Direct input is almost necessarily absolute, but indirect input may be either absolute or relative. For example, digitizing graphics tablets that do not have an embedded screen involve indirect input and sense absolute positions and are often run in an absolute input mode, but they may also be set up to simulate a relative input mode like that of a touchpad, where the stylus or puck can be lifted and repositioned.

Input and output devices make up the hardware interface between a computer and a scanner or 6DOF controller.

A keyboard is a human interface device which is represented as a layout of buttons. Each button, or key, can be used to either input a linguistic character to a computer, or to call upon a particular function of the computer. They act as the main text entry interface for most users. Traditional keyboards use spring-based buttons, though newer variations employ virtual keys, or even projected keyboards. It is typewriter like device composed of a matrix of switches.

Examples of types of keyboards include: 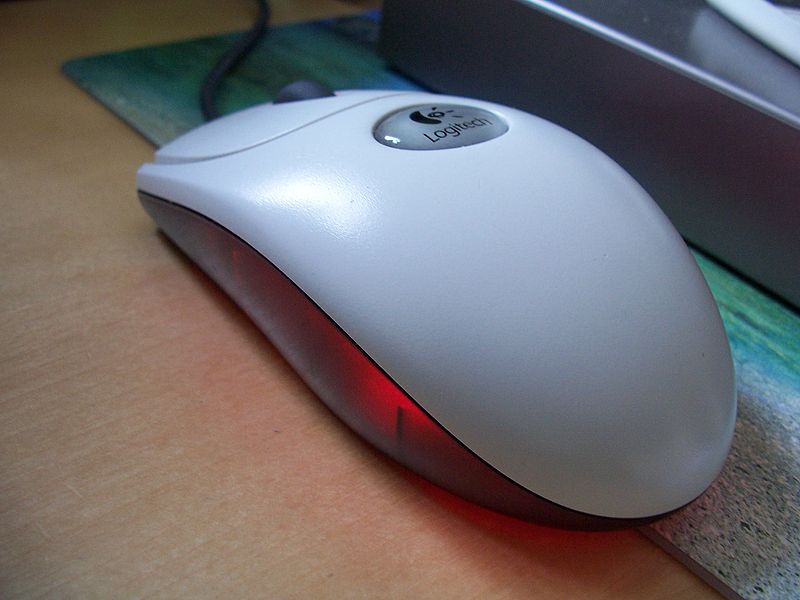 Pointing devices are the most commonly used input devices today. A pointing device is any human interface device that allows a user to input spatial data to a computer. In the case of mice and touchpads, this is usually achieved by detecting movement across a physical surface. Analog devices, such as 3D mice, joysticks, or pointing sticks, function by reporting their angle of deflection. Movements of the pointing device are echoed on the screen by movements of the pointer, creating a simple, intuitive way to navigate a computer’s graphical user interface (GUI). 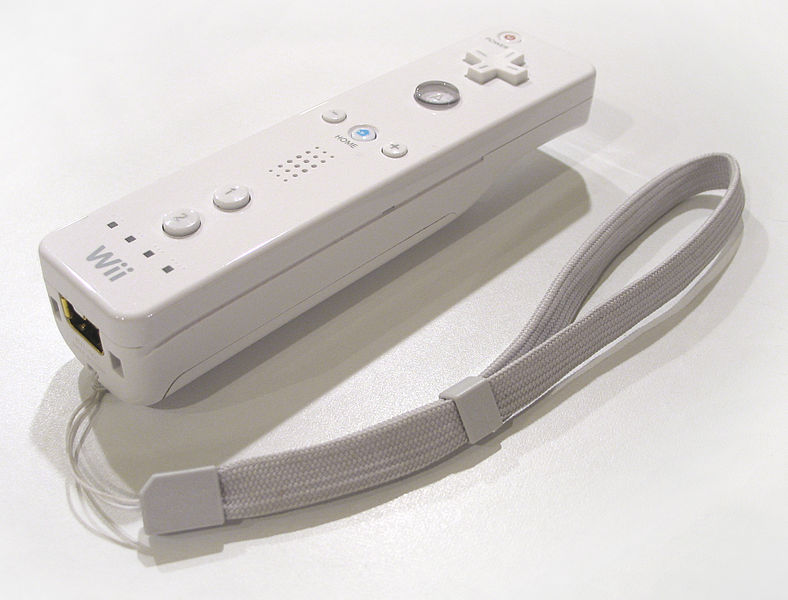 Input devices, such as buttons and joysticks, can be combined on a single physical device that could be thought of as a composite device. Many gaming devices have controllers like this. Technically mice are composite devices, as they both track movement and provide buttons for clicking, but composite devices are generally considered to have more than two different forms of input.

Video input devices are used to digitize images or video from the outside world into the computer. The information can be stored in a multitude of formats depending on the user’s requirement.

An output device is any piece of computer hardware equipment used to communicate the results of data processing carried out by an information processing system (such as a computer) which converts the electronically generated information into human-readable form.[3][4]

There are many input and output devices such as multifunction printers and computer-based navigation systems that are used for specialised or unique applications.[6] In computing, input/output refers to the communication between aninformation processing system (such as a computer), and the outside world. Inputs are the signals or data received by the system, and outputs are the signals or data sent from it.

In computing, memory refers to the devices used to store information for use in a computer. The term primary memory is used for storage systems which function at high-speed (i.e. RAM), as a distinction from secondary memory, which provides program and data storage that is slow to access but offer higher memory capacity. If needed, primary memory can be stored in secondary memory, through a memory management technique called “virtual memory.” An archaic synonym for memory is store.[10] 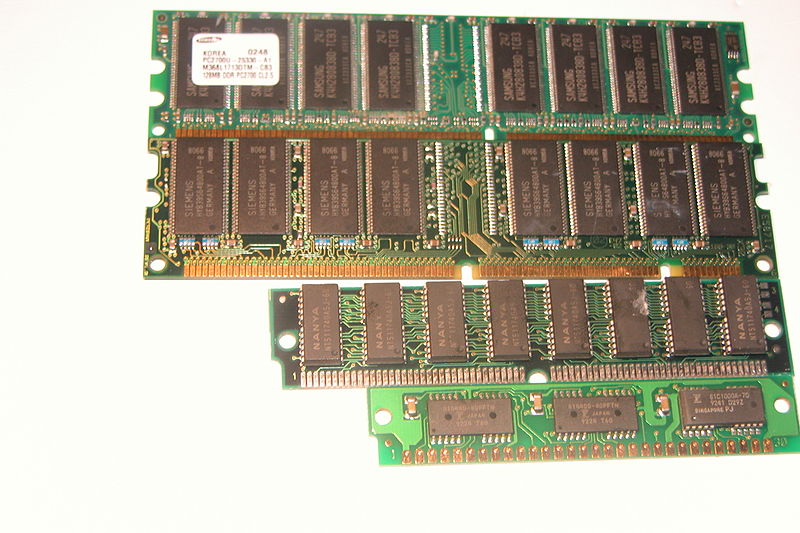 Volatile memory is computer memory that requires power to maintain the stored information. Most modernsemiconductor volatile memory is either Static RAM (see SRAM) or dynamic RAM (see DRAM). SRAM retains its contents as long as the power is connected and is easy to interface to but uses six transistors per bit. Dynamic RAM is more complicated to interface to and control and needs regular refresh cycles to prevent its contents being lost. However, DRAM uses only one transistor and a capacitor per bit, allowing it to reach much higher densities and, with more bits on a memory chip, be much cheaper per bit. SRAM is not worthwhile for desktop system memory, where DRAM dominates, but is used for their cache memories. SRAM is commonplace in small embedded systems, which might only need tens of kilobytes or less. Forthcoming volatile memory technologies that hope to replace or compete with SRAM and DRAM include Z-RAM, TTRAM, A-RAM and ETA RAM. 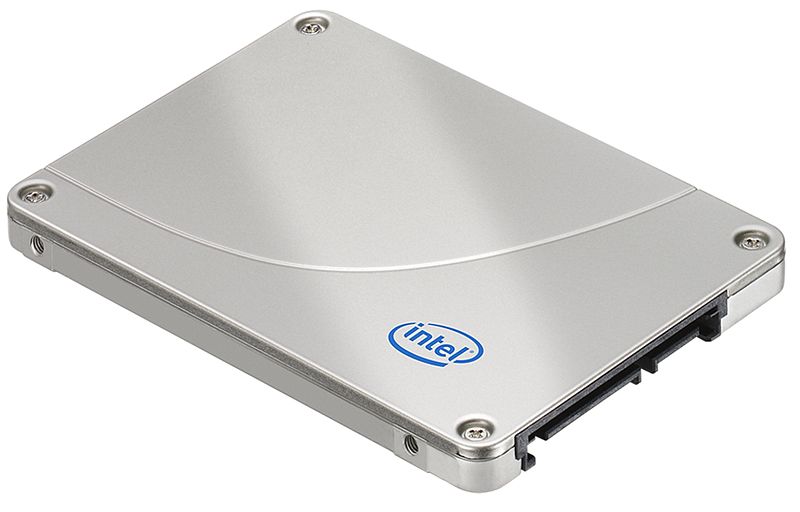 Solid-state drives are one of the latest forms of non-volatile memory.