Putting it Together: Exponential and Logarithmic Functions 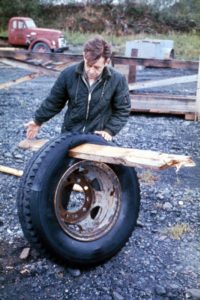 A 2×6 plank driven through a ten-ply tire by the tsunami in Whittier, AK.

Joan’s grandpa comes over for dinner every Sunday.  Grandpa loves to talk, and it is really hard to understand him, and as he gets older, his hearing has been getting worse. Usually Joan tries to find an excuse to be out after dinner on Sundays, but since she had food poisoning on Saturday night, this week she was not feeling like leaving the house.

Grandpa was feeling extra chatty this week and since Joan was a captive audience, she got the full force of his attention. His stories started with the neighbor’s dog who would not stop barking and then on to his arthritis.

“Joanie, do you know that I think I have arthritis in my ankles because of an earthquake injury?” says grandpa.

Grandpa went on to tell Joan the story of when he lived in Anchorage, Alaska in the [latex]60[/latex]‘s and lived through the Good Friday earthquake.

The  [latex]1964[/latex] Alaskan earthquake, also known as the Great Alaskan earthquake, occurred at [latex]5:36[/latex] p.m. AST on Good Friday, March [latex]27.[/latex] Across south-central Alaska, ground fissures, collapsing structures, and earthquake-created tsunamis caused about [latex]139[/latex] deaths, some of them being friends of Joan’s grandpa.

Lasting four minutes and thirty-eight seconds, the magnitude [latex]8.5[/latex] (Richter scale) [1]megathrust earthquake was the most powerful recorded in North American history and the second most powerful recorded in world history. Soil liquefaction, fissures, landslides, and other ground failures caused major structural damage in several communities and much damage to property. Post-quake tsunamis severely affected numerous Alaskan communities as well as people and property in British Columbia, Washington, Oregon, and California. Tsunamis also caused damage in Hawaii and Japan. Evidence of motion directly related to the earthquake was reported from all over the world.

Surviving the quake inspired Joan’s grandpa to study Geology in college. Joan had heard of the Richter Scale before, but did not really understand what it meant, so she asked her grandpa. 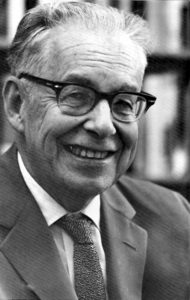 Joan really enjoyed the conversation she had with her grandpa; she had never asked him about his work as a geologist, and she could tell it made him really happy that she did. At least something good came from Joan’s disastrous date and food poisoning fiasco from the night before.

“[latex]1964[/latex]  Quake: The Great Alaska Earthquake” is an eleven minute video created as part of USGS activities acknowledging the fifty year anniversary of the quake on March [latex]27, 2014[/latex]. The video features USGS geologist George Plafker, who, in the [latex]1960[/latex]s, correctly interpreted the quake as a subduction zone event. This was a great leap forward in resolving key mechanisms of the developing theory of plate tectonics. The extreme loss of life and destruction from this earthquake and accompanying tsunamis inspired the NOAA Tsunami Warning Centers and the USGS Earthquake Hazards Program.